Is it possible that I will actually be able to post blogs two days in a row without Go Daddy crashing again? Wow, that would be something, wouldn’t it?

It does seem like they have finally fixed the problem, although I still don’t know what caused it to go down in the first place. I’ve gotten several different emails from different people at Go Daddy, telling me how they fixed it. And every email describes a different problem. I asked them which one was actually the issue that caused the crash, and I got another round of emails back, all from completely different people and all with a different excuse. Go Daddy always brags about their great customer support, but I have yet to see it.

It doesn’t matter because today I will be talking to a couple of different hosting companies about moving everything away from Go Daddy. They have dropped the ball one too many times.

I spent most of yesterday making corrections to the chapters I wrote the day before in my new Big Lake book. My production is a lot better using my Sony digital recorder and Dragon Naturally Speaking software than my two-finger typing efforts, but don’t let the TV commercials fool you. While Dragon is a decent tool, it is not nearly as foolproof as they want you to believe. Maybe they use the same advertising agency that Go Daddy does, I don’t know.

I’ve said before that storms usually approach us and then they split, going north and south, while we stay mostly dry. That wasn’t the case yesterday. After a successful rocket launch from Cape Canaveral somewhere around 5:30 Sunday morning that we slept right through, storms began rolling in off of the Atlantic, and we had rain off and on most of the day. 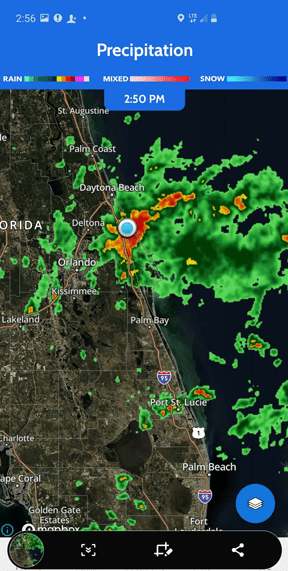 Sometimes it was no more than a sprinkle, other times it was a downpour, and in between, there was a nice steady rain that soaked the ground. I didn’t even have to go outside to water our new plants. I’m glad about that because even though we are surrounded by water here in Florida, it is not cheap. Our bills can be horrendous. It’s just part of the price of living in paradise, I guess.

During a break in the rain yesterday afternoon, Terry spotted the two sandhill cranes that live here in the park. We see them all the time, but yesterday they apparently had company. Terry went outside and took their picture. Can you believe they’re not wearing masks or social distancing? Come on birds, get with the program. Do you want to become an endangered species like us? 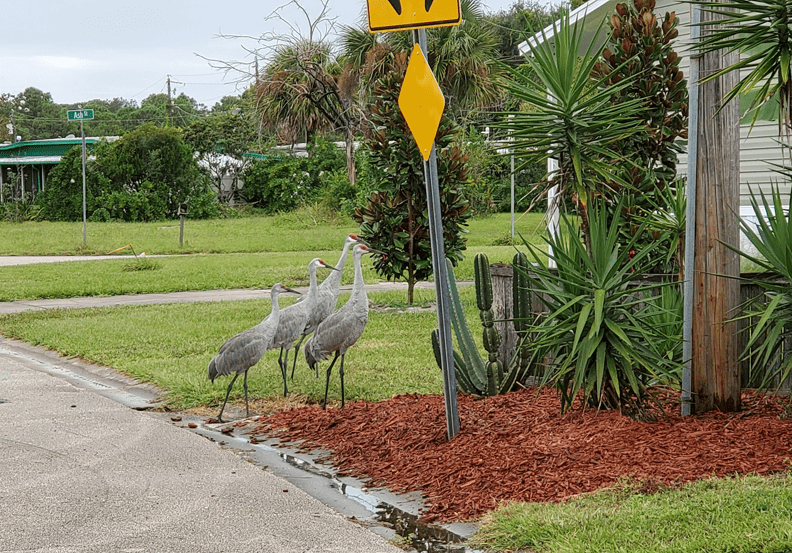 A lot of readers have asked if I will be continuing the Big Lake series or the John Lee Quarrels series since my last two books were about Tinder Street. Oh, yes, definitely! I have more books floating around inside my head waiting to get out than I have years left to write them all. While I was sleeping Saturday night, a new Big Lake book came to me. I woke up with the complete plot all laid out and ready to go. Wait your turn, new book, no line cutting. 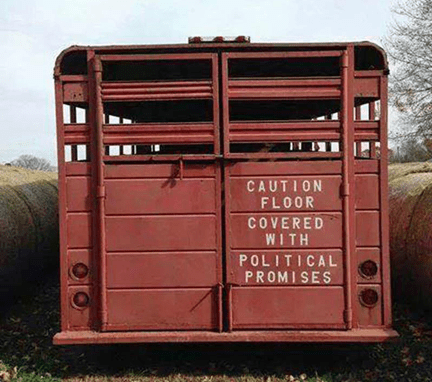 Thought For The Day – My mind is exceptionally quiet. I’m suspicious that I’m about to do something that I don’t want myself to know about.