Nick's Blog » The Rest Of The Story

In yesterday’s blog, I told you about the tree removal and about us cleaning things up afterward, and about our trip to the nursery to order some citrus trees. But there was more to our day than that. And now, in the words of the late, great Paul Harvey, here is the rest of the story.

On the way home from the nursery, we stopped at the local meat market and stocked up some on some goodies, including salmon fillets, shrimp, bay scallops, and alligator tail. If you live by the ocean, you should eat seafood, right?

Actually, I don’t much care for most kinds of fish, although the salmon that Terry made the other day was delicious, and I’m sure this will be, too. But I love clams, shrimp, scallops, and other types of shellfish. Except for oysters. I have eaten them fried, but I just don’t like the texture. And raw? Forget it! I don’t know who the first person was that looked inside an oyster shell and said, “I think I’ll eat that snot,” but no, thanks. Not for me!

Anyway, back to Friday. After we finished working in the yard, we came inside and took showers and cooled down a little bit. Then Terry made a delicious dinner of bay scallop scampi and fettuccine. I won’t even tell you how good it was because you’d probably get jealous and punch me in the nose the next time you see me. 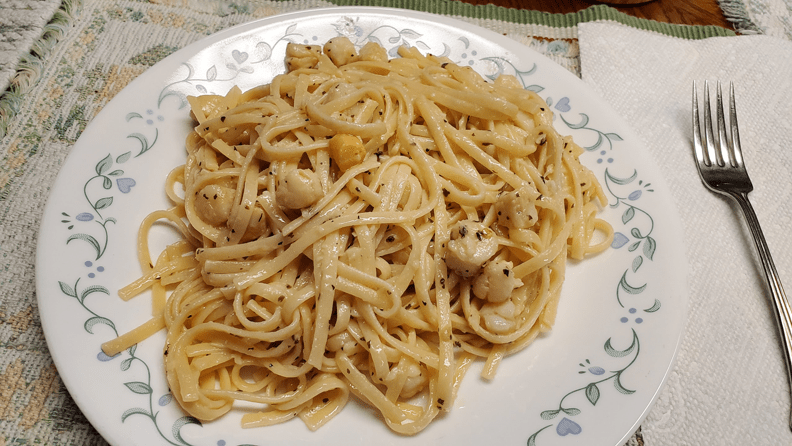 Our local Amazon delivery driver was busy on Friday, too, delivering two copies each of the print editions of Tinder Street and the second book in the series, The Good Years. 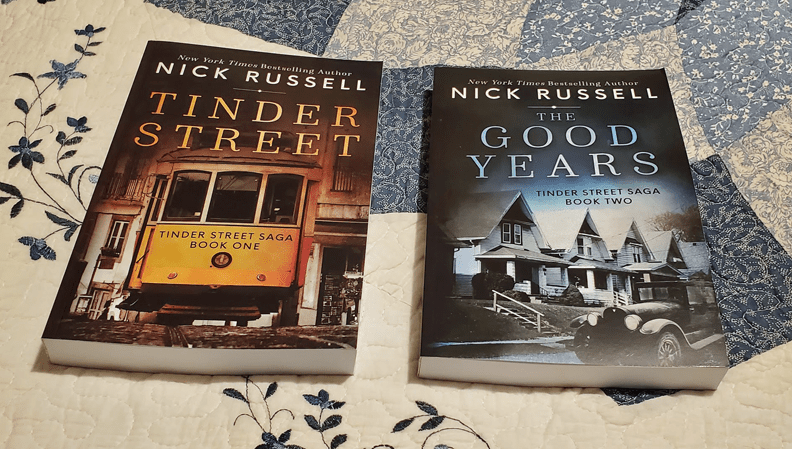 Moving on to yesterday, Terry spent most of it doing paperwork, and I had another good writing day at 6,300 words. I am nearing the halfway point in Big Lake Hoarder, which I started on September 28th. I guess today will be more of the same.

Somebody asked what we used to cut the roots out after the tree was gone. They were not all that big, and most were pretty shallow, so we pulled them out by hand as far as we could, and then I lopped them off with a machete.

I think Terry was a little worried about me playing with a knife that big, but I do have quite a bit of experience with a machete. They were standard issue during my time in the Army, and most of us used them more than we did our rifles. I’ve cut down a lot of bamboo and jungle in my time.

That reminded me of a funny story that I shared with Terry. As some of you know, I spent part of my Army time as a firearms instructor at the US Military Academy at West Point. Apparently, quite a few soldiers in Vietnam had been injured using machetes so some paper pusher somewhere decided that there should be a machete safety class. Myself and a fellow NCO were told to come up with one to present to the cadets, who would then teach their own soldiers about safe machete use after they graduated.

My buddy asked our commanding officer what exactly we were supposed to teach in a class like that, and the captain said, “I don’t know, tell them not to cut their toes off.”

So a few days later, we had cadets sitting on the bleachers for the class. We walked out, my buddy took a machete out of its sheath, held it up, and said, “This is a machete. It’s very sharp. Don’t cut your toes off. Class dismissed.” Hey, we did what we were told. Mission accomplished!

Today is your last chance to enter our Free Drawing for an autographed copy of Big Lake Lynching, the second book in my Big Lake mystery series. This is the last copy of this book I have with the original cover. To enter, click on this Free Drawing link or the tab at the top of this page and enter your name (first and last) in the comments section at the bottom of that page (not this one). Only one entry per person per drawing please, and you must enter with your real name. To prevent spam or multiple entries, the names of cartoon or movie characters are not allowed. The winner will be drawn this evening. 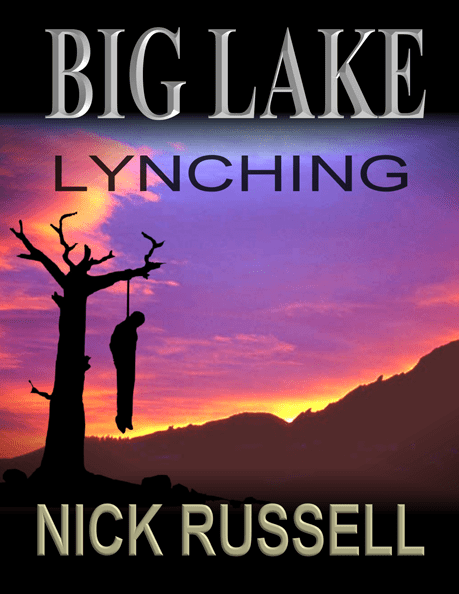 Thought For The Day – I just released my own fragrance. Nobody in the car seemed to like it.

One Response to “The Rest Of The Story”