We were out running errands much of yesterday and I ran out of time, so here is my blog post from five years ago today. Hard to imagine that weather when it is 90 degrees here on the central Florida coast.

Yesterday was a long day on the road for us, 262 miles, from Sutherlin, Oregon to Redding, California. We’ve done more miles in a day many times, but this trip was mountain driving most of the way and that’s always more like work for me.

It was a foggy morning and as these pictures show, clouds and fog were hanging low over the mountains for much of our trip through southern Oregon on Interstate 5. 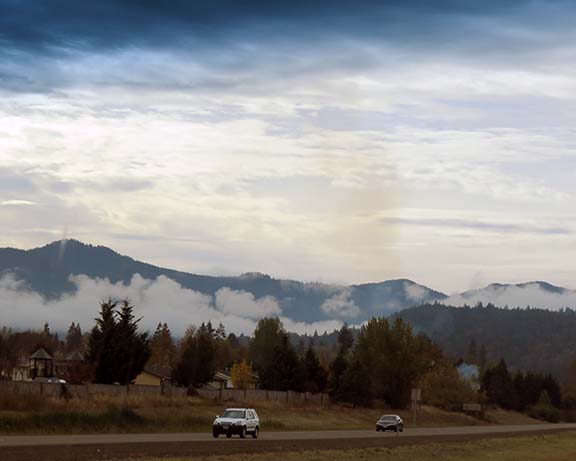 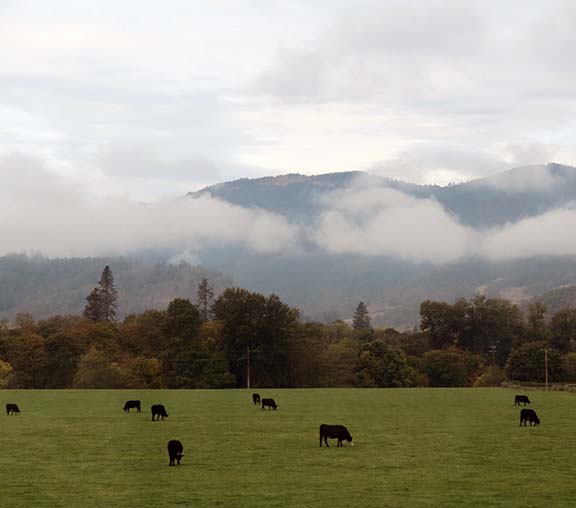 Occasionally when we broke into the clear the scenery was great. 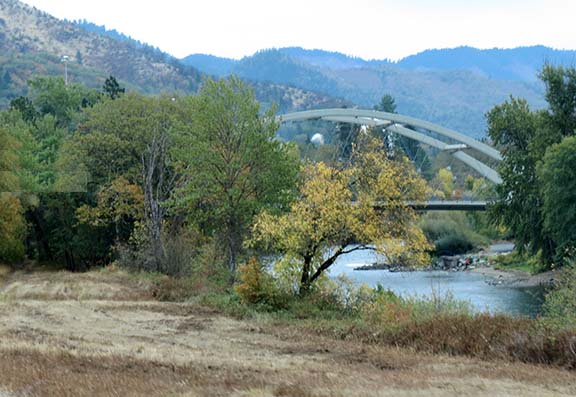 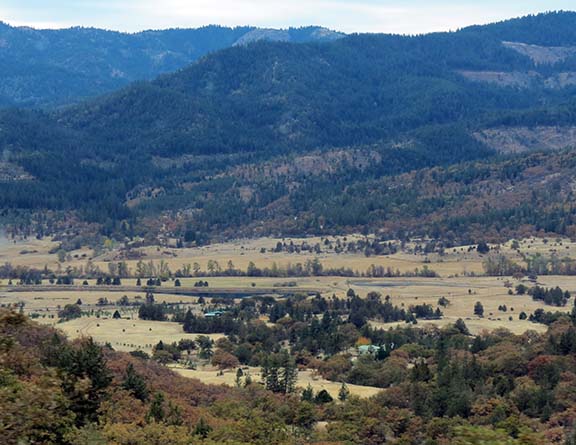 It probably would have been spectacular a couple of weeks ago, but a lot of the leaves have already turned on the hillsides and were now mostly brown. 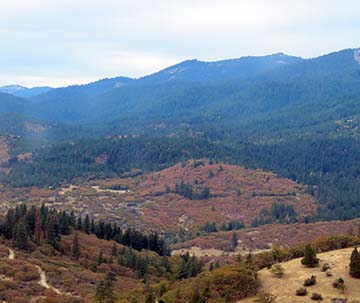 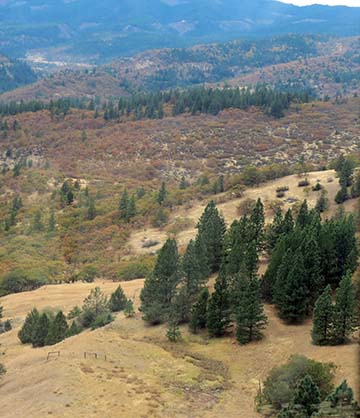 I’m not sure there was a straight, level mile of highway on our whole trip yesterday. It was all either uphill, downhill, or curvy, and usually two out of three. 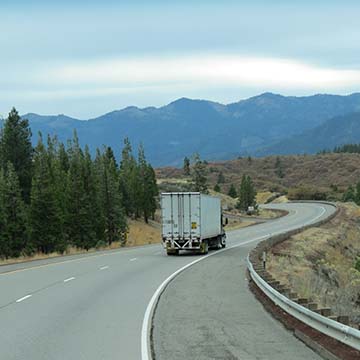 Eventually we crossed the California state line but the only thing that really changed was that the speed limit for vehicles towing anything dropped to 55 mph. Otherwise, it was the same curves, the same climbs, and the same descents.

Mount Shasta was hiding her top in a thick shroud of clouds. 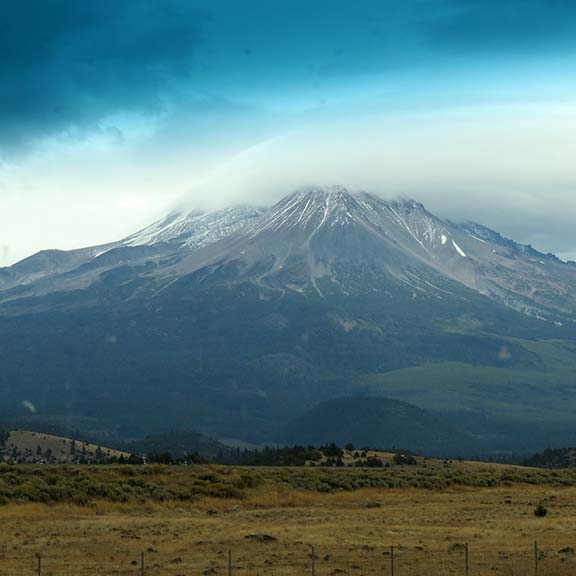 We stopped in Weed for a little while, a town that always gets a chuckle when we travel through here. 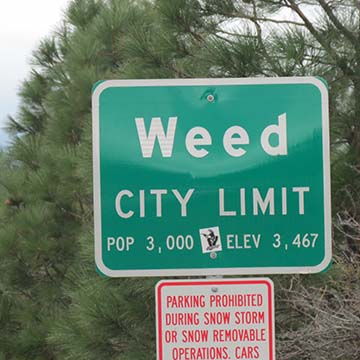 Who knew that Sheldon from the Big Bang Theory likes Weed too? 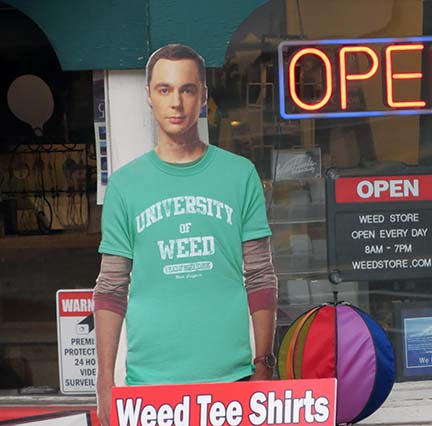 It started raining about the time we got back on the highway, just to add to the fun. We crossed a long bridge over Shasta Lake and were amazed at how far down the water level is from previous trips through this area. 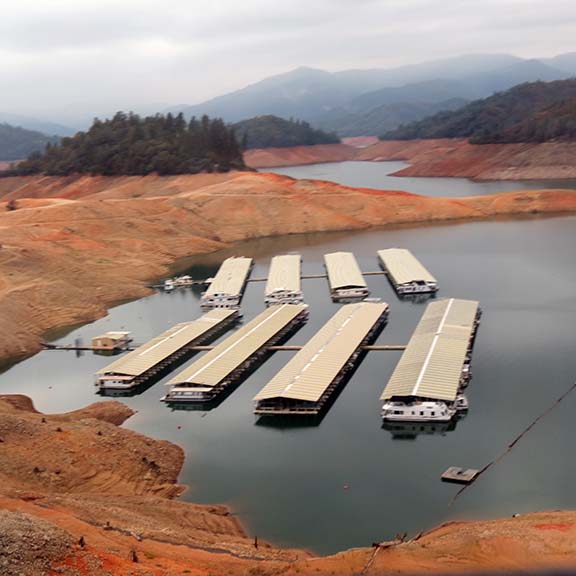 There are two or three Passport America campgrounds in Redding, and we had planned to stop at one of them for the night. But it turned out one was several miles off the highway, which isn’t worth it for a quick overnight stay, and when Miss Terry called the other two to see if they had any openings, all she got was voicemail at both places. She left our number and told them we were looking for a site for the night, but neither of them called us back.

But as we were going through Redding we spotted a sign for the Win River Casino, and when Terry called them they told her that they have lots of room for RVs to dry camp free in their truck parking area, or 13 pull-through 30/50 amp full hookup RV sites for $26.40 a night, including tax. Not the cheapest camping around, but not bad either.

We had a scare when we got off the interstate and were driving to the casino when some fool on a three-wheel bicycle crossed from the side of the road across the bicycle lane and almost into the side of our motorhome. All the while he was looking back over his shoulder in the other direction and I don’t think he even had a clue how close he came to getting wiped out.

When we arrived at the casino a friendly shuttle driver named Andy met us, directed us into a site, and then drove us over to the casino to pay for it. By that time we were pretty hungry, so we went to one of the restaurants in the casino and got a bite to eat. We also got their free players cards, which got us a discount on dinner as well as $10 each in free slot play. I won $18.50, which helped offset the cost of our campsite. How cool is that?