For a guy who makes his living with a computer, I am absolutely techno challenged. I know how to turn it on and off, how to write, and how to do some basic photo manipulation, but that’s about it.

Saturday night after I had the blog ready to post, I decided to pull up the latest Big Lake manuscript I am working on (I use Word in Microsoft Office 365) and proofread the chapter I had written earlier in the day. I don’t know how I did it, but somehow my fat fingers must have hit the wrong key, or more likely two keys at once, and the next thing I knew there was a wide bar open on the right side of the screen to make comments on the manuscript. At the same time, the toolbar at the top of the screen disappeared.

I clicked on different things, trying to undo whatever I had done, and nothing would happen. So I saved the manuscript, then reopened it and was right back where I had left off, with the same problems. I stopped long enough to post a blog, which was already formatted and ready to go on Go Daddy, then went back to the book manuscript and had the same problem; no toolbar, that wide comment bar on the right-hand side, and while I could click anywhere in the manuscript, the cursor would not appear. Terry and I fought with it for an hour or so, and by then it was 1:30 AM and I didn’t want to mess with it anymore that night.

Yesterday morning I had the same issue. I could open a blank Word document and have the toolbar and everything normal, but when I went to anything I had written previously, I was back to the same issues. I tried Googling things, looking for a solution, and while there were several, none of them worked.
I decided it was time to go to the experts. In desperation, I sent a message to Judy Rinehimer ,one of my proofreaders and one of the most technically savvy people I know, and asked if she could help me. She said sure, to give her a call, and between the two of us we managed to figure out what went wrong.

Apparently, I did hit two keys at once or did something that brought up the comment bar, which made the document area very small, and in doing so, I also turned off the toolbar. Neither of us could figure out exactly how I did that, but after half an hour or so did get it all fixed and everything was back to normal. Thanks, Judy, I owe you yet again.

After brunch, I went back to the computer, pulled up the current manuscript, proofread that last chapter and printed it out with the others that I have done so far for Terry to proofread. I was going to write some more, but my mind just wasn’t in it for some reason. That happens sometimes. I figure that since I usually write seven days a week, I’m entitled to goof off a bit. So I answered some email, did an online jigsaw puzzle, goofed around on Facebook for a bit, and then got ready to write today’s blog.

About 3 PM I went out and turned on the sprinklers to water one end of our newly planted area and let it run for an hour or so. About 4 PM, when I was going to go out and move the sprinklers, we start hearing thunder rumbling and the weather map looked like we had some heavy cells that would hit us. But I know that doesn’t always happen, and we don’t get rain. I went outside and moved the sprinklers, and just as I did the rain started coming down lightly. I left the water off and went back inside, thinking maybe Mother Nature would do the rest of my job for me. About five minutes later we got a heavy downpour that lasted all of a minute, if that. Then the storm had moved out to sea and we had blue sky overhead. I went out and turned the water back on again.

The other day blog reader Richard Rousseau suggested that instead of using sprinklers, I get a soaker hose and just hook it up and stretch it out among the plants and let it do the job for me, rather than moving the sprinklers around. Being naturally lazy and always looking for a way to get out of any manual labor that I can, I quickly went to Amazon and ordered a soaker hose. It’s supposed to be here today. 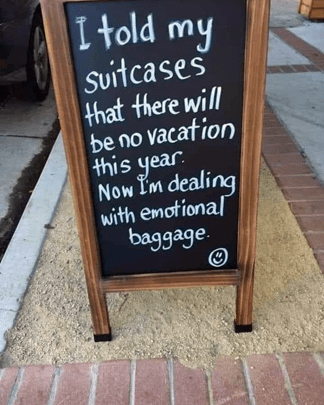 Congratulations John G Burton, winner of our drawing for an audiobook of PIRATE TRIALS: The Three Pirates, book four in my friend Ken Rossignol’s Famous Murderous Pirate series. We had 26 entries this time around. Stay tuned, a new contest starts soon. 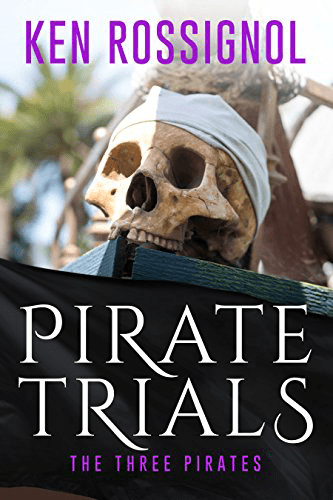 Thought For The Day – Some days the supply of curse words is insufficient to meet my demands.