Yesterday we did our civic duty, driving to the library in New Smyrna Beach to drop off our mail-in ballots at the secure voter box. Even though there was quite a long line of people outside waiting to get in and vote, dropping the ballots off as we did was quick and easy.

We pulled up to the curbside box, and before Terry got out of the car the precinct worker assigned to the box came to the window and took them from her, told us to watch as she dropped them into the box, and we were done. The whole thing took less than a minute.

Well, that part took less than a minute. Unfortunately, to get out of there took a bit longer. The elderly man who pulled in ahead of us had to get out and take some books to the library’s outside drop off, and it took him a while to figure out where he was going, and then once he got to the book drop, how to use it. Then he slowly, very slowly, made his way back to his car. I told Terry I was glad we were not going to be following him for the next 40 miles on a one-lane road.

From there we stopped at the Edgewater Gun Shop and I ran in quickly to see if they had anything I couldn’t live without, and they didn’t. Then it was on to the post office to mail off a package.
Back at home, I worked on my new Big Lake book for a while, went out and turned the water on to the soaker hoses for our plants, came back in and wrote the blog, answered half a dozen emails, and went back to work on the new book. I lead such an exciting life.

When I was in high school, back in Toledo, Ohio, there was a gentleman who drove through the neighborhood every few days with a panel truck with the sides cut out, selling fresh produce. He was a local institution, and if times were hard he would tell a customer to take what they needed and pay him the next time around. I don’t think he got burned very often, because that was always his policy.

At an RV park we visited in Mission, Texas, they had a produce truck that came around on a regular basis and always pretty much sold out. So when I saw some folks coming to our park yesterday afternoon with a pickup truck pulling a produce wagon, I went inside to tell Terry to come and check it out. She found some goodies at an excellent price and will be looking forward to when they come by the next time. The woman told me that they hope to visit at least two days a week, so Terry is looking forward to that. 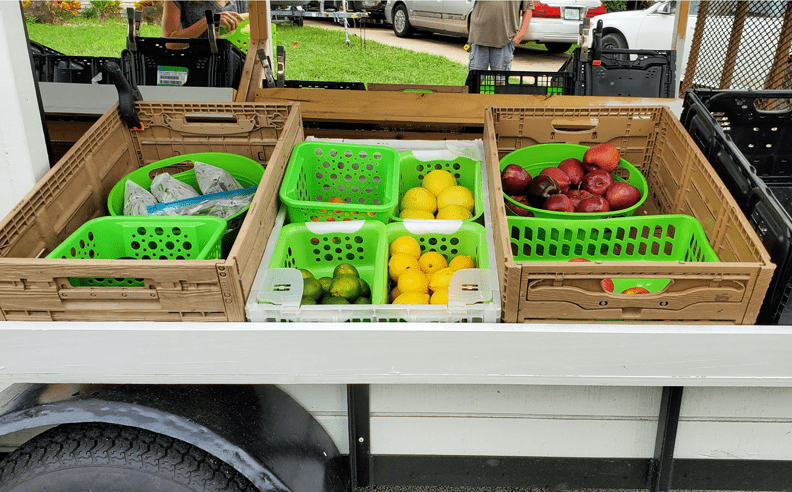 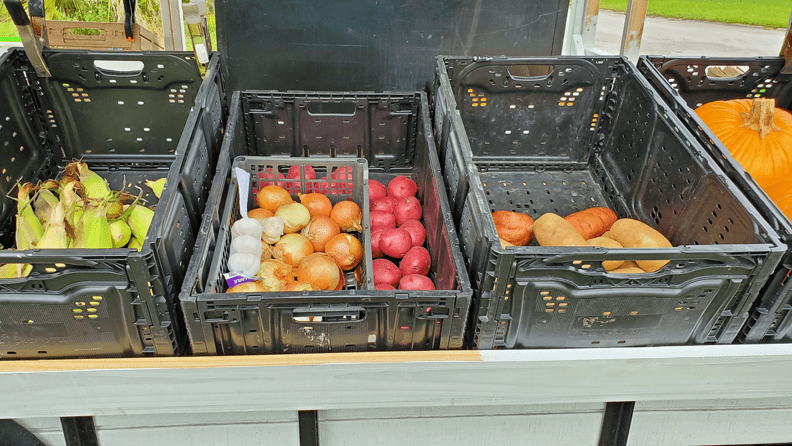 Besides produce and things like that, Terry loves fresh herbs like parsley, thyme, basil, and things like that. I guess planting our new perennial peanuts plants got her green thumb itching because she ordered a bunch of supplies from Amazon and is going to try growing her own here at home. I’m not really into veggies, but if she can figure out some way to grow up a pepperoni pizza or Italian sub sandwiches, I’m in!

Thought For The Day – Every time I fold laundry I contemplate becoming a nudist. Then I remember what I look like naked and keep folding.

One Response to “Civic Duty Done”