As I have said several times here in the blog, it seems that when storms come to our area, they usually split and go just a little bit north and/or a little bit south of us. They can have a downpour two or three miles up the road in either direction, and we’re sitting here with cloudy skies and maybe a sprinkle or two at the most. At least that’s what usually happens. But not always.

We had pounding rains here on Monday that seemed like they might never stop. There was so much coming down that there was no way it was going to do a split, and we got hammered. Not that I’m complaining, our yard certainly needed the water.

Yesterday afternoon I drove down to our fishing dock, 800 yards from the house, to see how things were there. One of the neighbors has a weather station and said that we had gotten over 9 inches of rain here in our subdivision, and the news said a couple of places in our area got over 11 inches.

This is our fishing dock as it normally looks. 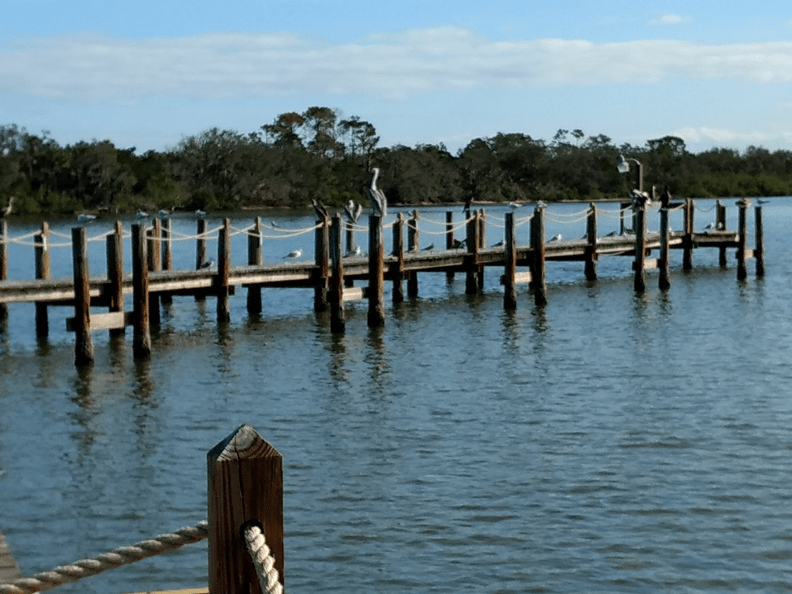 This is how it looked yesterday at low tide. The water was right up to the bottom of the dock. 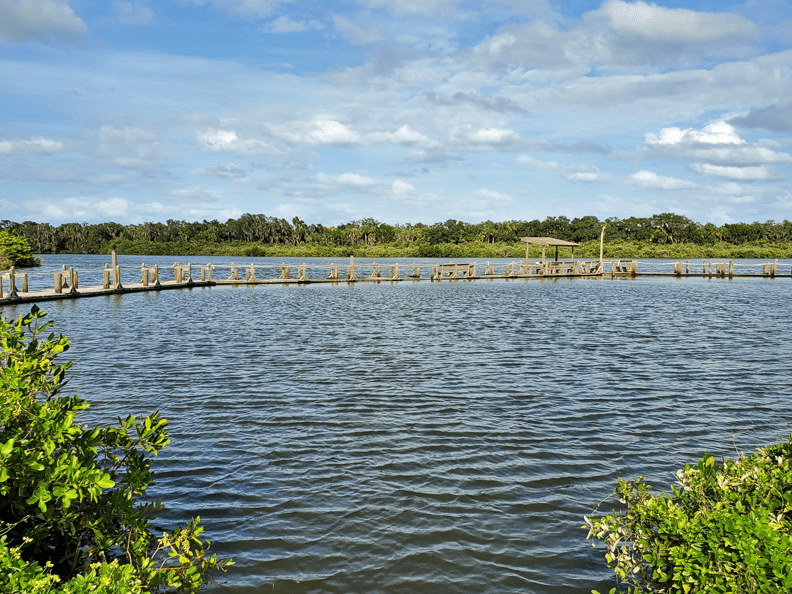 In some places, it was over it. That’s a lot of water! I have not seen it like that since Hurricane Matthew. 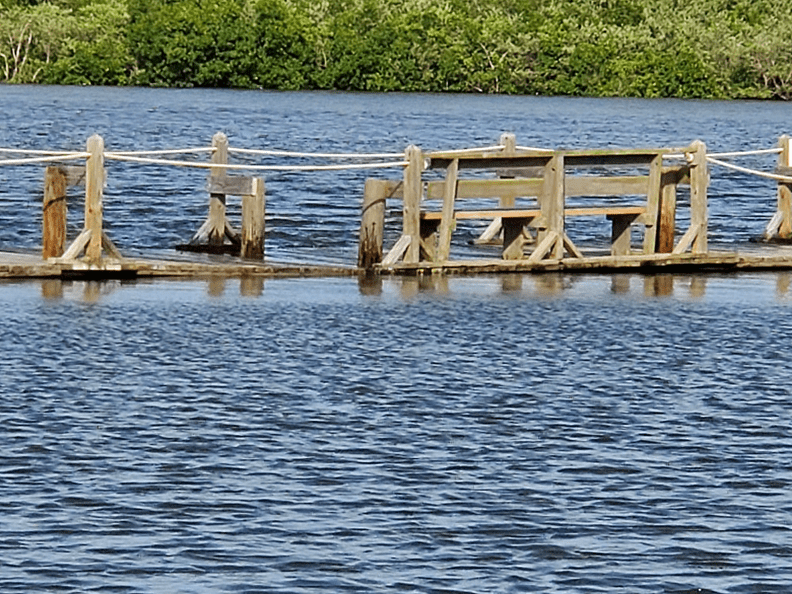 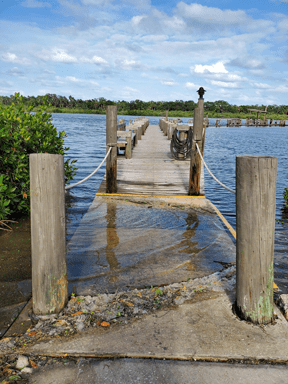 I mentioned in yesterday’s blog that I was going to do a Zoom interview with Jim and Chris Gould from the Geeks on Tour to talk about self-publishing. We first met them back in 2006, as I recall. They were just starting out teaching classes in computers and Internet technology at RV rallies, and the first time we met was at an RV park in Casa Grande, Arizona. We chatted a bit in the afternoon, and that night I had a major computer problem. Around 8 o’clock at night, I called Chris to ask if she could help me, and I think she was there until midnight, but she got things working for me.

Since then, we’ve crossed paths at RV rallies and RV parks around the country and always had a good time getting together. It was fun doing the interview, and it’s going to be on their YouTube channel on Sunday.

Next month will be four years since we bought our house here, and as much as we like the area, one frustrating thing we’ve discovered is the lack of service when you call a repair person or service company for something. You’re very lucky if they answer the phone at all or get back to you if you leave a message. If they make an appointment to come out, more times than not they are late or never show up at all. And the chances of them doing a job are about the same as winning the lottery.

For example, in early July, I had someone come to give us an estimate for a project. He looked things over and said he would e-mail a written estimate within 24 hours. I never heard a word from him until Monday, when he sent a text asking if I still wanted the work done. No, you had your chance and blew it.

But yesterday, we had a great experience with a local company. There is a place in Edgewater called the Yard Shop that sells dirt and rock and landscaping supplies. The first time we drove by and saw their sign, I thought it said yarn shop, and Terry being a weaver and spinner, I pointed it out to her. It’s become a running joke between us now that every time we drive by the place, I call it the Yard Yarn Shop.

At any rate, they were supposed to bring some fill dirt to us yesterday at 4 o’clock to level out the area that we lost before we put in the retaining wall along the county drainage ditch. They called about 1:30 and said that they had a cancellation, and would I mind if they came then. I said sure, no problem, and the driver showed up and dumped the dirt exactly where I wanted it to be. 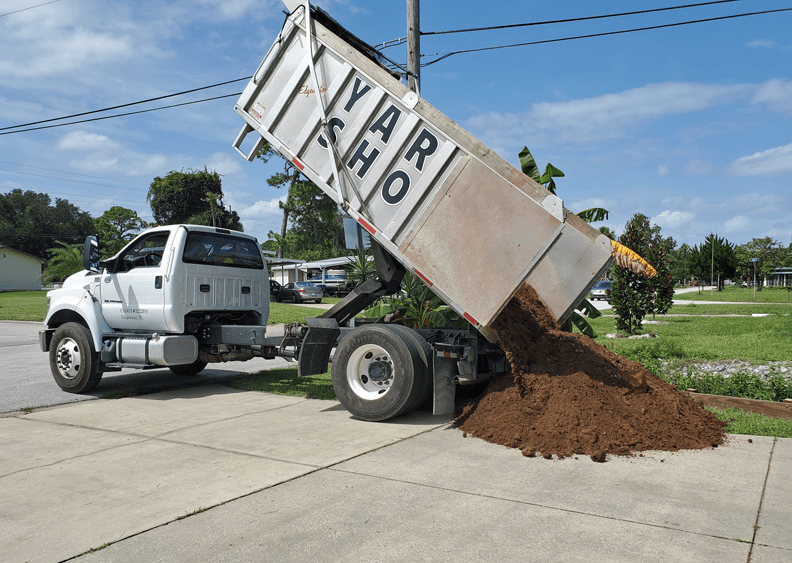 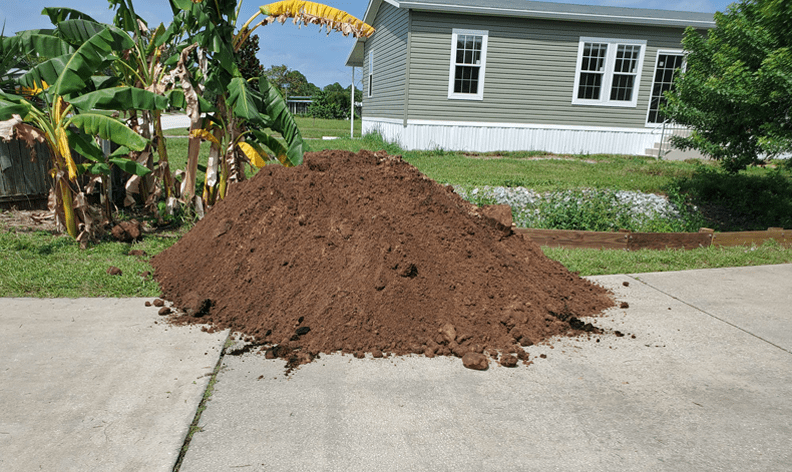 Now the next step is placing a porous ground fabric down and then spreading the dirt to level things up. Once that’s all done, I’ll have the Yard Shop come out again with a load of topsoil to put on top of all that, and then we will plant our groundcover. I really appreciate somebody who does what they say they’re going to do. I will be recommending the Yard Shop to anybody who needs any kind of fill dirt, gravel, or crushed shell.

While all that was going on, besides everything is she does to keep our house running well, Miss Terry decided she needed to make some banana nut bread. I swear, I don’t know how she does it, but everything she makes is even better than it was the time before. I took the small loaf across the street to our neighbors Jesse and Jennifer, only because Terry told me I had to. I was tempted to just go outside and eat it myself and tell her Jesse and Jennifer said thanks, but I figured sooner or later they’d find out about it and rat me out. 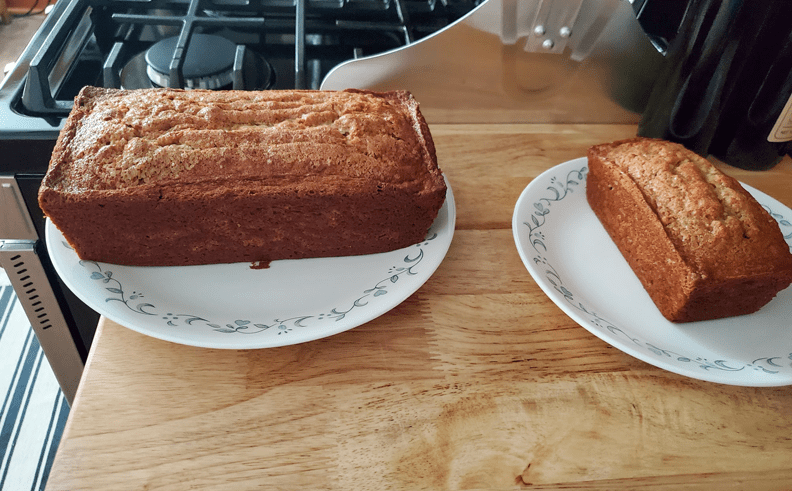 Thank you, everybody who has purchased my new book, The Good Years, told their friends about it, and left reviews. Well, actually one review so far, but it was five-star, so it doesn’t get any better than that. Yesterday evening I checked Amazon, and the book was ranked at number 50 in their Hot New Release list for historical fiction. That’s pretty darn good if you ask me! 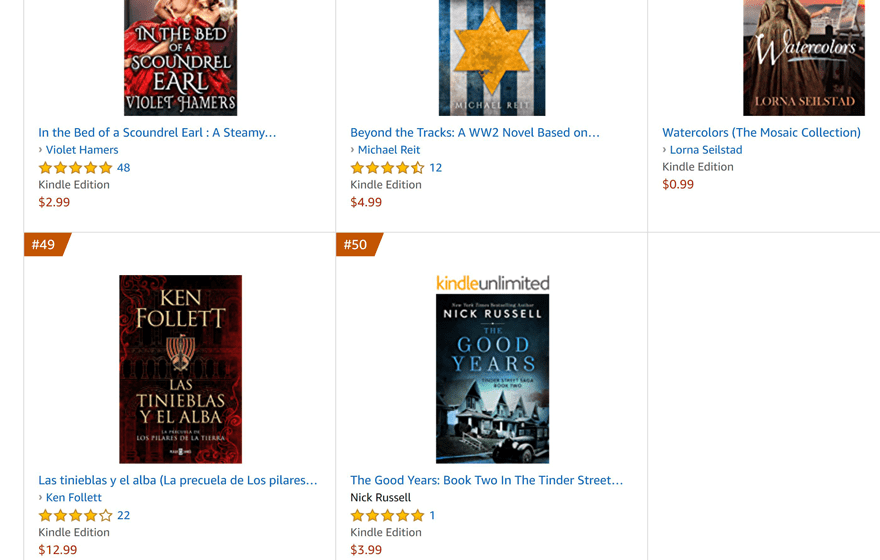 Thought For The Day – I miss you so much! I wish I could remember where I hid your body.

One Response to “How High’s The Water, Mama?”