High on a hill overlooking Frankfort, Kentucky, are the remains of two little-known forts that time has almost forgotten.

Life was difficult in Old Frankfort during the Civil War years. Trapped between the North and the South, Kentucky was divided, as was the state capital. These conflicting loyalties caused hardship and ill feelings not only on a state level but on a personal level as well. 253 men from Frankfort joined the Union Army, while another 190 wore Confederate gray. At first the state government wanted to remain neutral in the conflict, but that policy couldn’t last long, and in late 1861 the General Assembly voted to remain loyal to the Union.

While there was almost no antislavery sentiment locally, like most Kentuckians the people of Frankfort feared Federal intrusion into the state’s affairs. Governor Beriah Magoffin wanted Kentucky to secede from the Union and join the Confederate States of America but was blocked by the pro-Union majority in the General Assembly. As he watched his power erode, Magoffin grew frustrated and resigned in August,1862.

Although the Commonwealth of Kentucky did not officially secede from the Union, 63 of her 88 counties did, setting up a Confederate government in western Kentucky at Bowling Green.

Frankfort became a Union army supply depot and garrison town. Weapons, uniforms, and equipment were stored in the State Arsenal on Main Street, and thousands of Union soldiers camped in the city, mainly at Camp Gilmore in South Frankfort.

In need of the supplies the Union army had stored in Frankfort, Confederate troops led by General Edmund Kirby Smith marched into Kentucky late in the summer of 1862. They seized Frankfort on September 3, making it the only pro-Union state capital to be captured by the Confederates during the Civil War.

On October 4, Richard Hawes took office as Confederate Governor of Kentucky in an elaborate ceremony. The celebration was cut short when Union troops arrived on the scene, occupying the hills west of town. After a brief cavalry skirmish on the streets of Frankfort, the Confederate army retreated, never to return in strength again.

Recognizing the need to protect the city, army engineers and civilian labor was used to build two earthwork forts on a hill above the town, named Fort Boone and New Redoubt, in 1863. The steep hill became known as Fort Hill.

Eventually the war ended, but the scars left on the nation took decades to heal. Today Fort Hill is a park and historic site with a beautiful view of the city and the Kentucky River Valley. The 124-acre park preserves the remains of the two Civil War forts and is also used for Civil War reenactments. 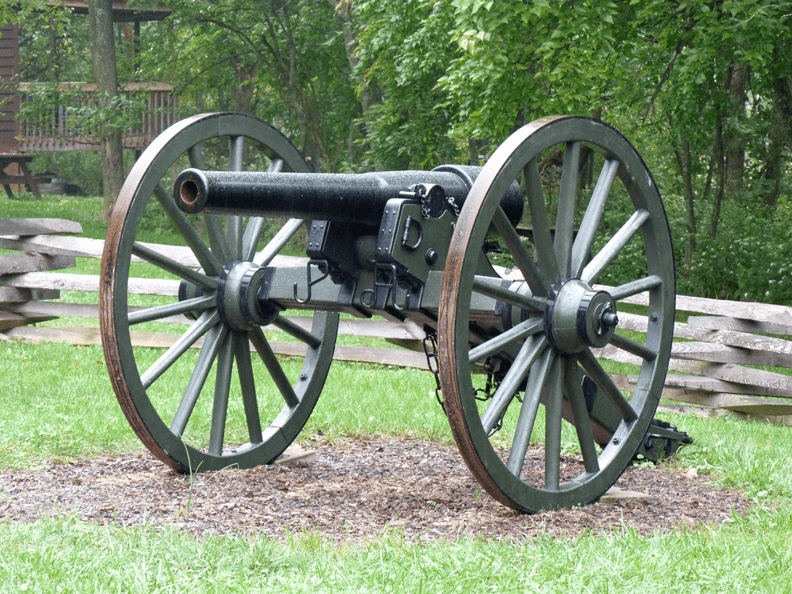 A log house, known as the Sullivan House, holds exhibits on Frankfort’s role in the Civil War, and the docent at the site shares stories of the days when Blue and Gray clashed here. The house was built about 1810 and originally was located on a farm near the Peaks Mill community in northern Franklin County. James Sullivan bought it sometime around 1825, and members of the Sullivan family lived in the home until 1995. There were plans to tear the old house down, but recognizing its unique log home structure, the City of Frankfort saved the house and moved it to Fort Hill in 2000. 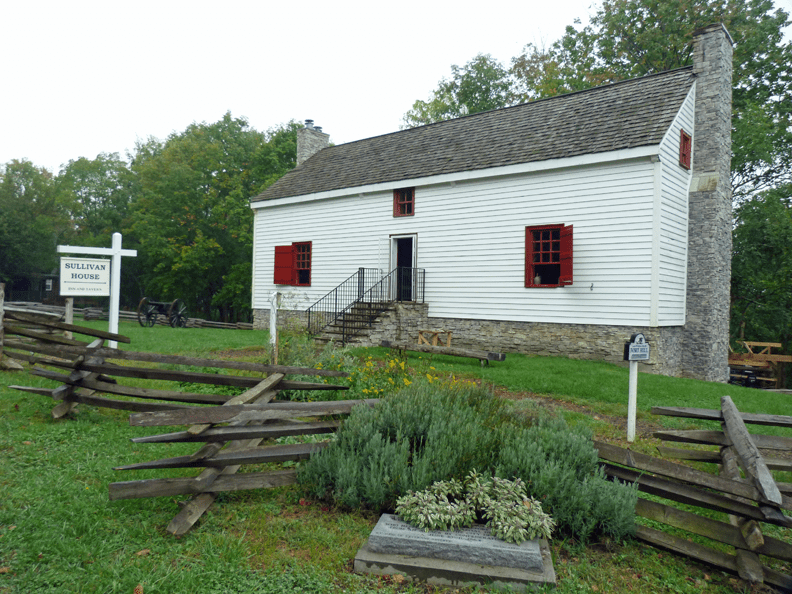 At different times during the year, living history activities are held at Fort Hill.

Visitors can walk down the hill to see the remains of the earthwork forts, admire the Civil War cannon, and picnic in the heavily forested preserve. There is a walking tour of Fort Hill, and tour brochures can be obtained by calling the parks department at (502) 696-0607.

The road to Fort Hill is very narrow, with some sharp curves, and it is not suited for a recreational vehicle. Park your RV at one of the area campgrounds and drive your dinghy or tow vehicle when you visit.

Thought For The Day – It’s not premarital sex if you never get married. Follow me for more biblical loopholes.