Note: This is an updated blog post from 2011 about an often overlooked Florida attraction.

When we first heard about the American Police Hall Of Fame & Museum in Titusville, Florida I knew it was a place we had to visit. and I’m so glad we did!

Located five miles from Interstate 95, the museum honors our nation’s law enforcement officers and the difficult jobs they do to keep us all safe and to protect and serve. 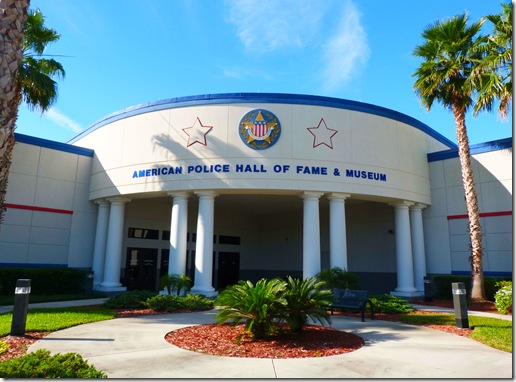 At the entrance to the museum, a monument honors the canine officers who have been killed in the line of duty, or who have retired after a career in law enforcement. 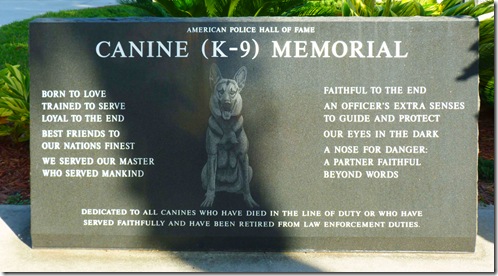 The lobby holds a collection of police cars, from the 1950s to the most modern cruiser.

There were also three police motorcycles on display. 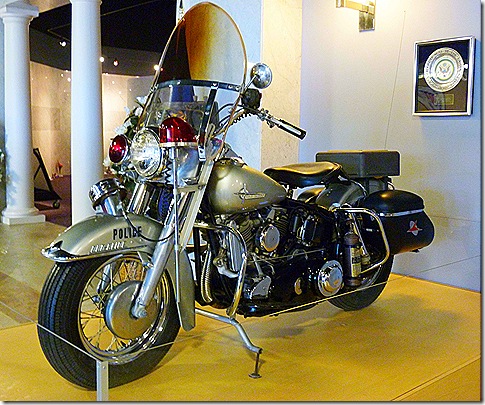 Two of the cars on display during our visit were memorials to the officers who drove them and were killed in the line of duty. One car, which was driven by Fort Worth, Texas police officer Henry Nava, is covered with handwritten messages from the people of Fort Worth and his fellow officers as a tribute to the veteran officer, who was killed while trying to arrest a suspect on a parole violation in November, 2005. 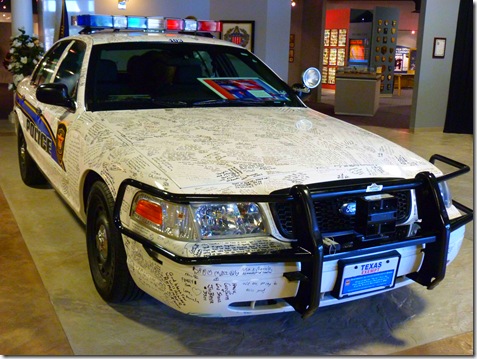 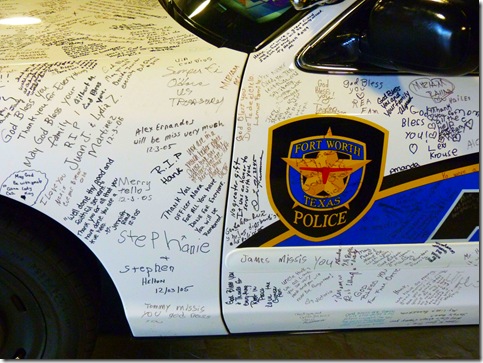 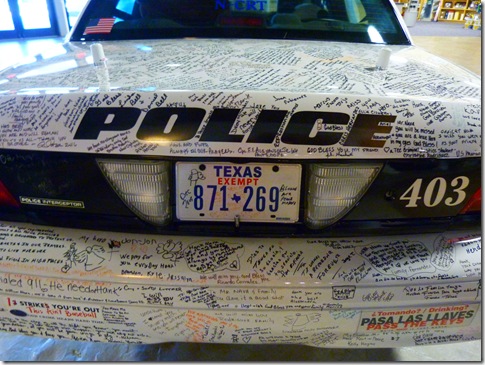 The Fallen Officers’ Memorial is reminiscent of the Vietnam Veterans Memorial Wall in Washington, D.C., and lists the names of hundreds of police officers who died in the line of duty over the years. And just like they do at the Vietnam Wall, friends and loved ones come here to leave tributes and mementoes at the memorial. 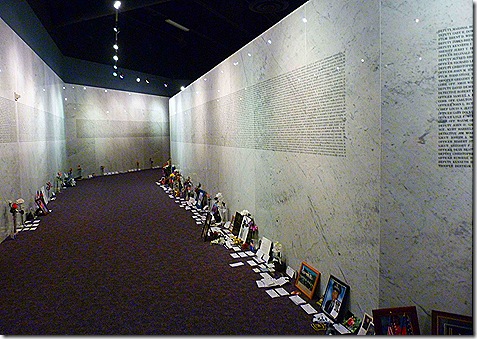 The museum’s various galleries tell the story of law enforcement throughout history, with displays of police equipment, weapons, investigative tools, and even a full size prison cell. 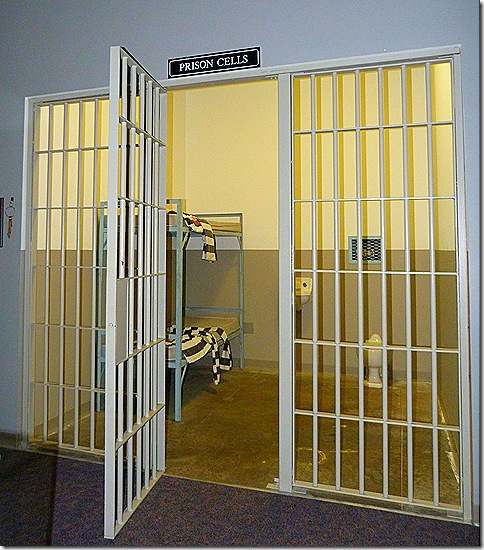 Before we had jails, those who broke the laws might find themselves locked in wooden stocks in the town square, where the citizens often came by to hurl insults, eggs, and even rocks at the prisoner. 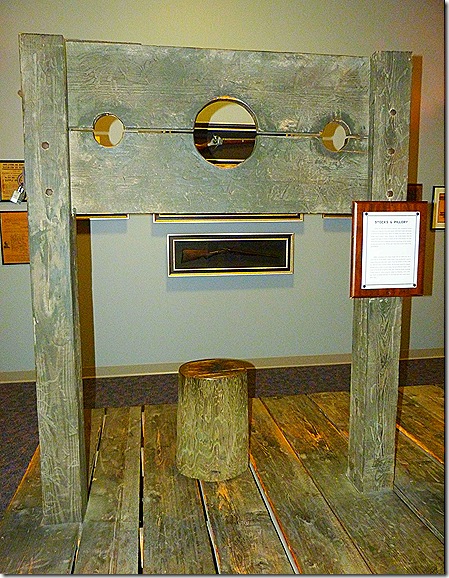 This is a metal tramp chair, which was used to house vagrants and minor lawbreakers in the Old West. It didn’t usually take more than a day and night in this uncomfortable contraption to convince a saddle tramp to move on down the trail. 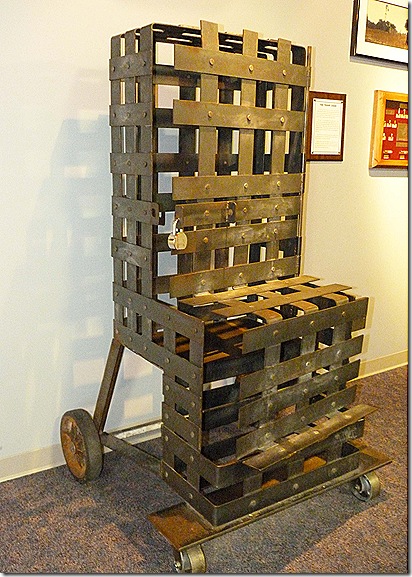 Of course, some crimes are so horrendous that they merit the maximum punishments. The museum has a noose, gas chamber, and electric chair on display. 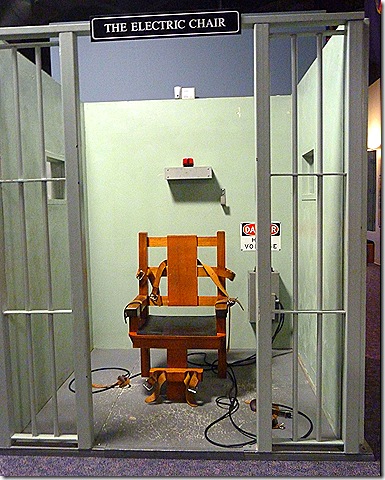 But the most gruesome is the guillotine, which was developed during the French Revolution, in 1792. Dr. Joseph Guillotine, who invented it, believed that it was a quick and less painful way to carry out an execution. He should know, since he was executed on his own machine! 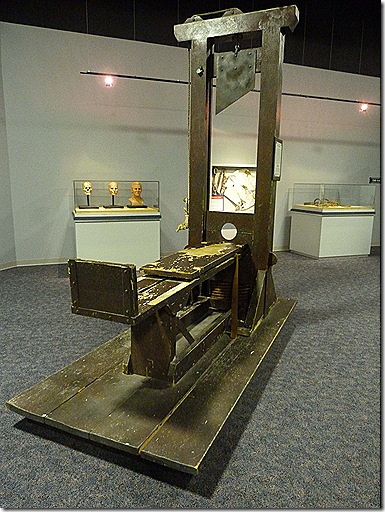 One display explains crime scene investigations, something we all are familiar with, thanks to all of the CSI-type shows on television. 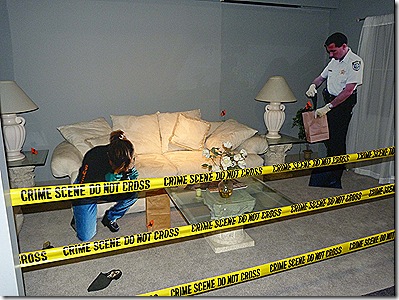 There are all kinds of guns on display, from old single action revolvers to modern handguns, shotguns, and even a display of toy guns that look so real that more than one foolish criminal has been shot for pointing them at police officers. When the adrenalin is flowing and things come down to the wire, an officer does not have the time to determine if a gun is real or a harmless toy. 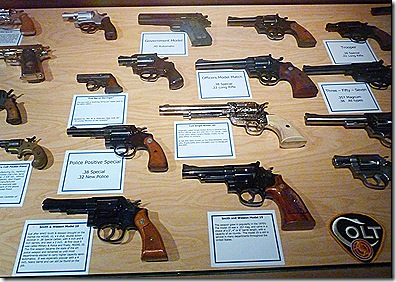 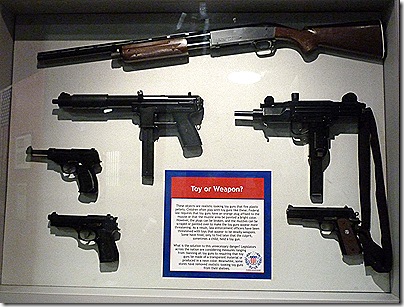 There is also a collection of homemade weapons that have been confiscated from criminals; everything from vicious knives and clubs to crudely made guns that are just as deadly as any production firearm. 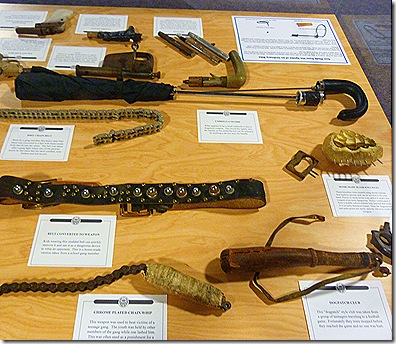 Besides the museum and memorial, the complex also includes an indoor shooting range, where visitors can rent all manner of guns and try them out under the tutelage of trained instructors, as well as a small gun shop, with a nice collection of guns and accessories.

Located at 6350 Horizon Drive in Titusville, next to the Astronaut Hall of Fame and close to the entrance to the Kennedy Space Center, the American Police Hall Of Fame & Museum a great stop when visiting Florida’s east coast, and it will help you appreciate the job our police officers, past and present, do to make our communities safer places to live.

The museum is open Tuesday – Saturday from 10 a.m. to 4 p.m. Admission is $13 for adults, $8 for kids ages 4-12, and $10 for senior citizens and military members. Law enforcement officers are $5 and surviving family members of fallen officers are $2. The large paved parking lots at the museum will accommodate any size RV, unless they are very busy. For more information, call the museum at  (321) 264-0911 or visit their website at www.aphf.org.

Thought For The Day – Never ask a starfish for directions.

2 Responses to “The Thin Blue Line”