Several readers have commented on my new book Tinder Street and the historical facts mentioned in it, saying they learned something new. One reader noticed I used the expression “Hun” and was curious where I came up with that, since only a limited contingency  Hungarian regiment was involved in the Western Front in WW I, and he wasn’t sure how much of a chance American troops might have had to face off with them. In actuality, the term Hun was a common derogatory name for the German army during that conflict, just as Krauts was in World War II. Here are pictures of a couple of WW I posters as an example. 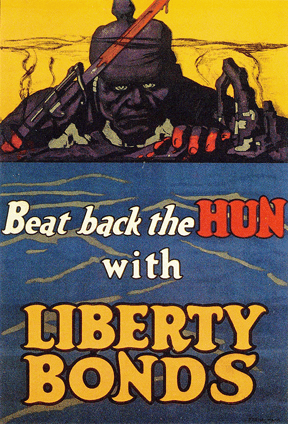 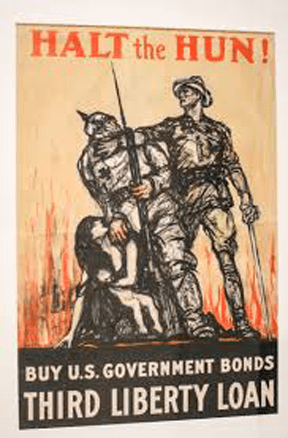 I love doing research, and I spent a lot of time on it for this book. Most of a day was spent on studying how to start and drive a Model T Ford. Two readers who are old enough to have owned or driven Model Ts wrote to compliment me on getting it right, saying a lot of people did not know about turning the crank half a turn to prime the engine, or that some of them had an electric ignition besides the old hand crank, or that the “accelerator” was not a pedal on the floor like modern cars, but instead a lever mounted on the right side of the steering column.

In a past blog post, I mentioned that during my time at West Point, I spent a winter cataloging and test firing the guns in the Army Museum there. Among them was also a WW I Springfield sniper rifle with a Winchester telescopic sight and double set triggers, like Lucas used in the book. Very few of them were customized that way, and even fewer original ones still exist.

I also acquired an employee badge from the Toledo Shipbuilding Company with the same number I assigned to Lucas in the book. 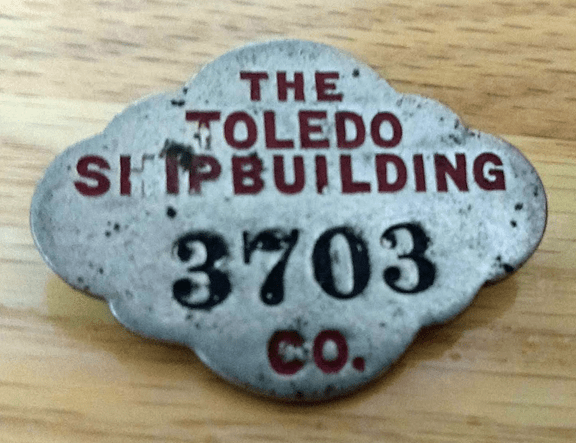 Someone did object to my use of the word Negro in the book. But that was the common term used for people of color in these days. Well, at least the most acceptable one.

In other news, CNN recently released a news story dealing with overnight RV parking at Walmart and other places. This is something we did many times during our days as fulltime RVers. The reporter covering the story interviewed my friend Jim O’Briant, who runs the Overnight RV Parking program and mentioned www.OvernightRVParking.com in the article. If you are an RVer, this is a program you really need to be a part of. It lists over 14,000 places nationwide where RVers can park for free, and will save you a fortune. Tell Jim I sent you, he’ll treat you right.

Speaking of RVing, if you enjoy a good mystery story, for the next few days by my friend Jinx Schwartz is giving away the e-book of her RV mystery Just A Happy Camper on Amazon. Jinx is a prolific author with a large following, and I bet you’ll become a fan, too. 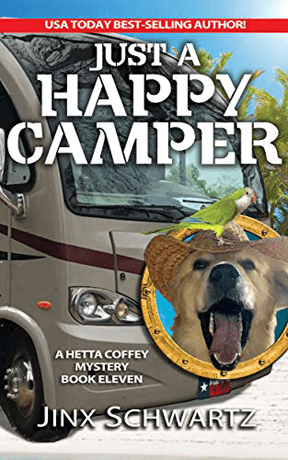 And finally, after almost four years, I think we are becoming real Floridians. There’s a hurricane coming? We live 800 yards from the water where the blue dot is. Well, damn, guess I’ll put the garbage can in the garage so it doesn’t blow away.

Today is your last chance to enter our new Free Drawing  for an audiobook of Dead Letter by Catherine Bender. The first book in the M. Falcon mystery series, it’s the tale of amateur detectives in their golden years with a treasure trove of unexpected skills and unconventional tactics, including a sweet wheelchair bound grandmother type who is a master computer hacker, a semi-retired actress who seizes the opportunity to live her dream of being a super spy, a homeless veteran, and other blue hairs who are not content to rock their lives away in boring retirement. To enter, click on this Free Drawing link or the tab at the top of this page and enter your name (first and last) in the comments section at the bottom of that page (not this one). Only one entry per person per drawing please, and you must enter with your real name. To prevent spam or multiple entries, the names of cartoon or movie characters are not allowed. The winner will be drawn this evening.

Thought For The Day – After years of wanting to thoroughly organize my garage, but always lacking the time, I have now discovered that wasn’t the reason.