Yesterday Terry and I both had appointments with our civilian doctor for our semi-annual checkups. Even though I remain in the VA health care system and see my doctor there twice a year, I use Island Doctors in New Smyrna Beach for most things because it’s easier to get into them than dealing with the VA.

They were very good about taking precautions because of COVID-19. We had to call from our car in the parking lot to tell them we were there, then when we went inside they immediately took our temperatures and had us fill out paperwork asking if we have been exposed to anyone with the virus, been out of the country or state, and those sort of things. We were the only two people in the waiting room and we only had to wait a couple of minutes before we were taken back to an exam room.

The good news is that the doctor, as always, was surprised at how good all my numbers from my lab results are. Sugar levels, cholesterol, blood pressure, you name it, they tested me for it a week or two ago, and everything was well below any numbers for concern. He said that except for my weight, I am in excellent health.

Unfortunately for Terry, her cholesterol levels are elevated, and they are scheduling her for a couple of ultrasounds, one of her thyroid and one of her gallbladder as possible sources for the higher levels, which will be done in the next week or so. All in all, it was a quick and easy visit, and it looks like we’ll both be kicking around for a while longer.

Terry broke the chain on her necklace a few days ago, so when we left the doctor’s office we stopped at a jewelry store to drop it off for repair. Then it was to the post office to mail off a book order, and then to Publix to pick up a few things on the way home.

When we got home, I had a letter from the Volusia County Clerk of Courts telling me that I have to be in DeLand, about 35 miles from here, in early August for jury duty. How fun.

I’ve only been called to jury duty once in my life, and that instance was beyond bizarre. It was a DUI case, and at the time I ran the local newspaper in our small town in northern Arizona. As they were questioning the potential jurors, they asked if anyone had a background in law enforcement or knew anybody in law enforcement. I raised my hand and said yes. The next question was if anybody ever lost a family member or friend to a drunk driver. Again I raised my hand and said yes, my neighbor had been killed by a drunk driver, and when I was a kid, one of my cousins was killed by a drunk driver. The next question was if anybody had spoken out in public against drunk driving, participated in a protest against drunk driving, been a member of MADD, or anything like that. My hand was back up again. Yes, in my newspaper, I had written several editorials saying that there should be no leeway for anybody convicted of a DUI, that they should lose their license and go to jail. The last question was, did anybody know either the defendant or the arresting officer. Yep. Me again! The arresting officer was a friend of mine. They asked if that would influence my judgment in the case, and I said yes, if he told me it happened, it happened. Guess what? They chose me for jury duty in that case because my answers were so honest!

The whole thing was beyond ridiculous. The dash camera showed the defendant pulling out of a bar right in front of the police officer, who had to slam on his brakes to avoid hitting him. The cop made a U-turn and followed him, and twice the dashcam showed him driving up onto the curb and back down before John got him stopped. When he did get stopped, he got out of the car and fell on his butt in the street and said, “Damn. I’m so drunk!” All of this on camera,

Then, after a five-day trial, on the very last day, while the judge was giving instructions to the jury, the defendant stood up and said, “I’d like to change my plea to guilty.” The judge asked him why he wanted to plead guilty now, after going through a week’s trial. He said it was obvious he was guilty, but that it was his third DUI, and he knew he was going to lose his license and go to jail, so he figured why rush it? Maybe the officer wouldn’t show up, maybe the courthouse would burn down, anything might happen. Well, it didn’t, and he wound up getting the maximum sentence.

Good news for those who prefer printed books instead of e-books! The print version of Big Lake Massacre is now available on Amazon. 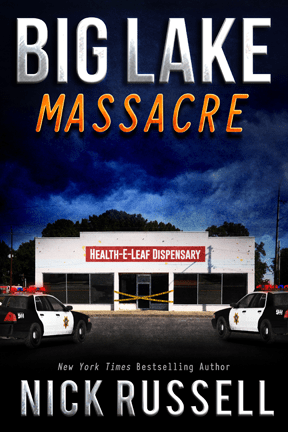 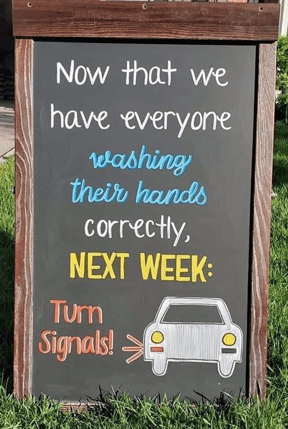 Thought For The Day – My drug test came back negative. My dealer has some explaining to do.

One Response to “Doctors And Duty”