Seventy-six trombones led the big parade
With a hundred and ten cornets close at hand.
They were followed by rows and rows of the finest virtuosos,
the cream of ev’ry famous band.

If you are over 40 years old, you probably learned this song in grade school. For the youngsters among us, this is the first verse of Seventy-six Trombones, the signature song from the 1957 musical The Music Man, which was written by Mason City, Iowa native Meredith Willson. The song was also featured in the 1962 movie version of the play and the 2003 made-for-TV movie adaptation. It remains a favorite of marching and military bands.

Born in Mason City, Iowa on May 18, 1902, the third child of John David Willson and Rosalie Reiniger Willson was interested in music from a young age, Willson studied at the Institute of Musical Art (later The Juilliard School) in New York City and was a member of John Philip Sousa’s band and the New York Philharmonic Orchestra. Later he moved to California and worked in radio.

During World War II, Willson worked for the United States’ Armed Forces Radio Service, where he met and worked with stars like George Burns, Gracie Allen, and Bill Goodwin. After the war ended, Willson worked for network radio programs with such luminaries of the day as Tallulah Bankhead and Jack Benny.

After eight years and thirty revisions, The Music Man premiered on Broadway, and Willson’s career skyrocketed. The show became a hit, winning five Tony Awards, including Best Musical, and running for 1,375 performances. The cast album won the first Grammy Award for “Best Original Cast Album” and was number one on the Billboard charts for 245 weeks.

The Music Man is the story of con man Harold Hill, whose scam involves pretending to be a boys’ band organizer and selling band instruments and uniforms to the naive townsfolk before skipping town with the cash. Hill’s scheme goes awry in River City, Iowa, where the prim and proper librarian and piano teacher Marian Paroo sees through him. But Marian also sees the good side of the flimflam man and love gets in the way as they start to fall for each other.

Willson’s second musical, The Unsinkable Molly Brown, ran on Broadway for 532 performances from 1960 to 1962 and was made into a 1964 movie starring Debbie Reynolds. His third Broadway musical was a 1963 adaptation of the film Miracle On 34th Street, called Here’s Love.

A prolific songwriter, Willson’s songs include Till There Was You, It’s Beginning to Look a Lot Like Christmas, May the Good Lord Bless and Keep You, I See The Moon. and the University of Iowa’s fight song.

Mason City, which was the setting for the fictional River City, honors its favorite son with The Music Man Square. The Square includes a re-creation of a 1912 River City streetscape, with the storefronts based on the sets used in the Warner Brothers film version of The Music Man, including Mrs. Paroo’s front porch, Henderson’s Mercantile, the bank, and Pleez-All pool hall. 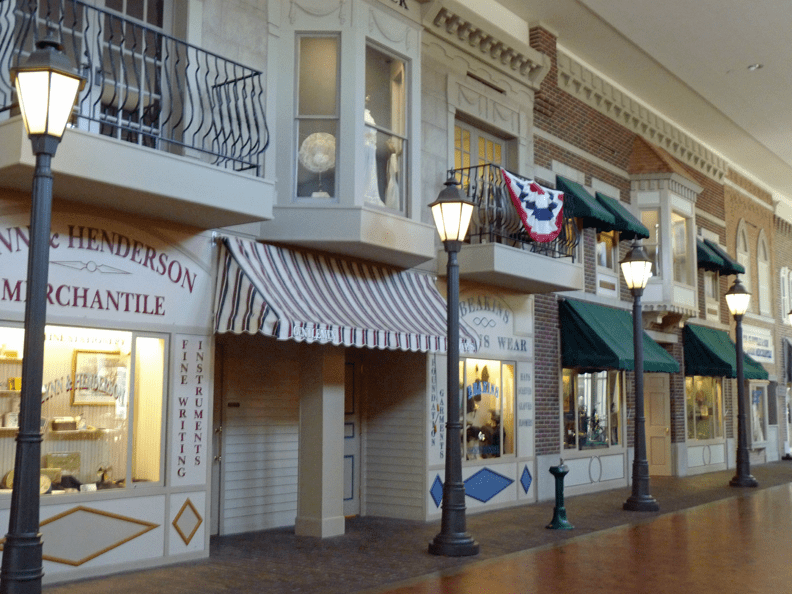 There is also an excellent museum with displays on Willson’s career and the role his music has played in American history and culture, and an impressive display of musical instruments. 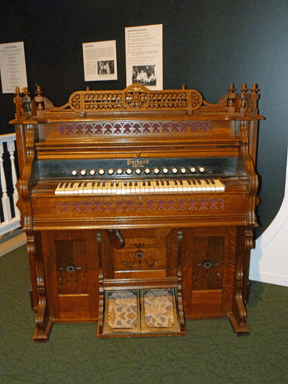 Outside, a statue of Harold Hill, baton in hand, greets visitors. The life-size bronze statue stands ready to strike up the River City Band. Meredith’s musical score can be seen everywhere in the building’s architecture as we recall the endearing songs of the famous musical. 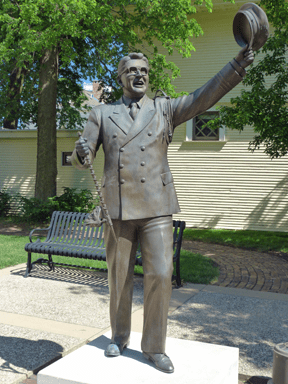 The home where Willson was born and raised is right across the sidewalk and has been restored to the way it was when the Willson family lived here. There are several pieces of furniture and other items owned by the Willson family on display. 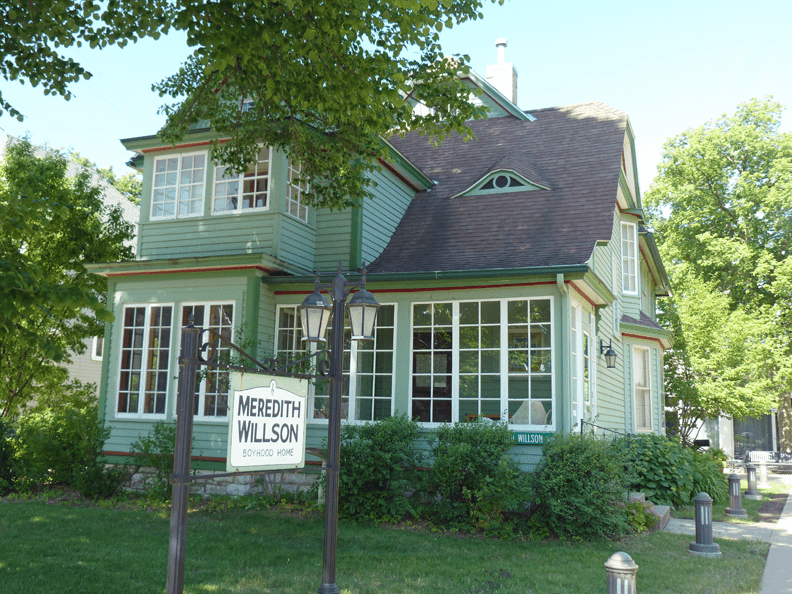 His mother, Rosalie, was a piano teacher, and it was a family tradition to gather around the piano every evening to sing favorite songs. This early musical exposure no doubt helped shape the career Meredith Willson would later enjoy.

Meredith was not the only Willson child that would go on to achieve fame far beyond the borders of Mason City. His sister Lucile “Dixie” Willson sold her first short story to a Chicago newspaper while still in her early teens. After stints as a school teacher, a Ziegfeld Follies chorus girl, and even riding an elephant in the Ringling Brothers Circus, she began her writing career. Her books included Clown Town and The Circus ABC, and dozens of magazine articles. Three of her stories were turned into movies. Examples of her books and even a board game based upon one of her stories are on display in the house. 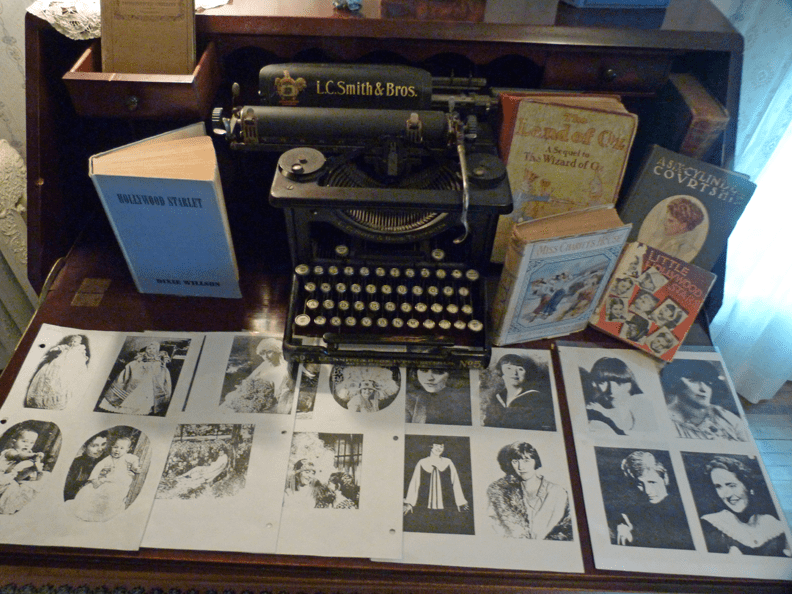 The house is furnished to look like the Willson family still lives there and has just stepped out, but will return at any moment. The table is set, and family photos are on display on the walls and on end tables.

A tuba sits in a corner of Meredith’s bedroom, and a model airplane and books are on the boy’s desk. 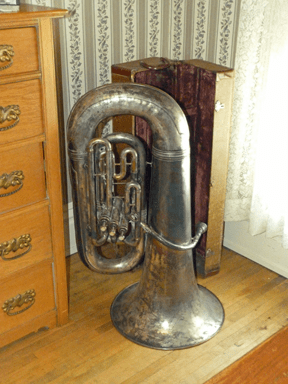 The house had gone through several owners over the years and had fallen into disrepair. The process of renovation and restoring it to its original condition was a long and expensive project.

Mason City is a pleasant small town and well worth a visit the next time you are traveling through the Midwest. Margaret MacNider City Park, just a couple of miles from The Music Man Square, has full hookup RV sites and makes a good base to stay while you visit the area. 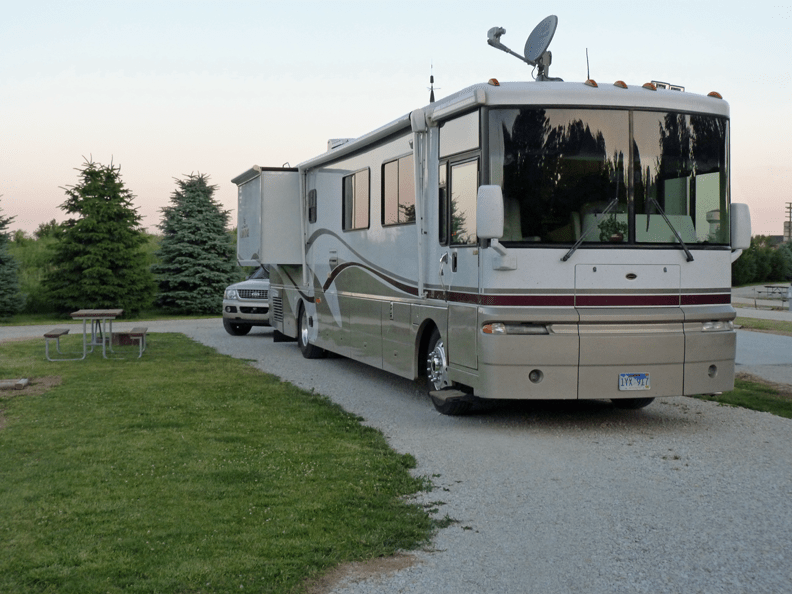 The 1912 River City Streetscape at The Music Man Square, located at 308 S. Pennsylvania Avenue, is open from 1 to 5 p.m. Tuesday through Sunday, every week of the year except New Year’s Day, Easter, Thanksgiving, and Christmas.

The Meredith Willson Boyhood Home is open for tours at 1 p.m., with the last daily tour at 3:30 p.m., Tuesday through Sunday except for New Year’s Day, Easter, Thanksgiving, and Christmas. The Streetscape and the first floor of the Willson home are handicapped accessible.

Thought For The Day – Canada probably feels like they live in the apartment above a crack house about now.

2 Responses to “Trouble In River City”