On a visit to the City Museum in Frankfort, Kentucky, I discovered a story that some might consider macabre but to me was just sad. It is the story of forgotten lives and forgotten people.

In 2002, workers were leveling land in downtown Frankfort near the former state capitol building when they discovered human bones. Construction work was stopped while a team of investigators with the Kentucky Archaeological Survey excavated the site. By the time they were finished, they had found the remains of 242 people.

Since no headstones or grave markers were found, there was a lot of speculation as to their origins. Some believed they were inmates from the old state prison, which once stood nearby. Other theories were that they were people who had died in one of the cholera epidemics that had hit the city in the early 19th century or internees at a workhouse for debtors.

Researchers determined that the site was actually the long-forgotten Old Frankfort Cemetery, one of Frankfort’s earliest community graveyards. For almost 50 years, from the early to mid-1800s, the cemetery served working class people before commercial and residential development eventually covered it and the old burying ground faded from memory.

Though none of the remains have been identified, investigators were able to learn a lot about them from the skeletal remains themselves, as well as personal items found in the graves.

Most of the remains showed evidence of a hard life of labor and toil. While some were Caucasian, most were of African American descent and no doubt some were slaves. But there is evidence that they were loved and those who laid them to rest attempted to do so with compassion and respect.

The wooden coffins holding the remains had long since disintegrated, but items found in the graves tell us quite a bit about the people buried in the old cemetery. Fourteen of them were buried wearing a ring on one of their fingers, and a pair of eyeglasses was found on the skeleton of a man. Their placement suggests they were in a vest pocket when he was buried. 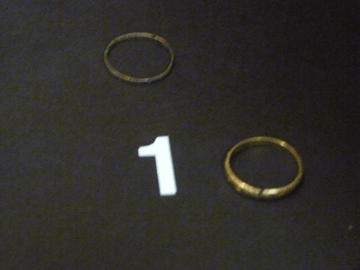 Some remains had been wrapped in burial shrouds, and researchers found numerous pins used to hold the shrouds closed.

Five skeletons were found with coins or lead disks in the eye sockets. They may have been placed there to keep the eyelids closed, or possibly in observance of an old custom that called for burying a person with coins to pay the ferryman who would transport their souls to the afterlife. 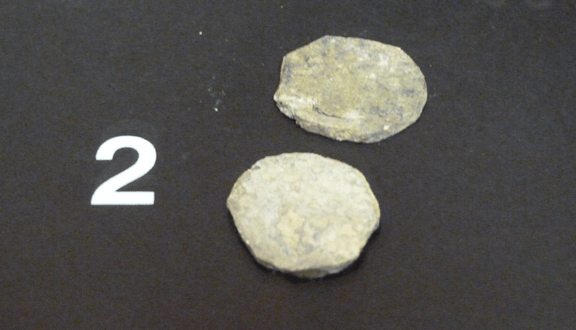 One woman’s grave held buttons, a necklace, and a single rimfire cartridge, though researchers have not found an explanation for why the bullet was placed in her grave.

Though the wooden coffins were long gone, shards of wood and other items tell something about them and the status of the people they once held. Coffin handles and other hardware found in some graves indicate more expensive burials, as do brass tacks used to secure fabric linings to the inside of the coffins.

Using plaster casts of their skulls, forensic artists have been able to produce the likenesses of some of the people found in the old cemetery.

This gentleman of African descent was over 50 years old when he died, and his bones indicate he led a life of very hard physical labor. He suffered from malnutrition throughout much of his life. As a child, he experienced a number of childhood illnesses and as an adult, he suffered from rickets, which is linked to Vitamin D deficiency. His bones show evidence of arthritis, and he had collapsed disks in his spine. These and other physical indicators show his work may have involved loading heavy bales of hemp and other cargo onto riverboats. Damage to his knee and hip joints would have made walking painful. The style of pins from his burial shroud suggests he died sometime after 1835. 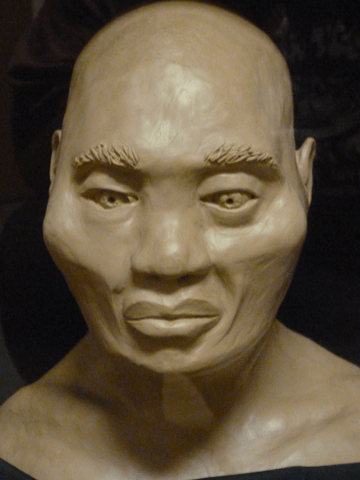 He was buried on top of the grave of this woman, who researchers say died in her early thirties. Her skeleton indicates that she was 5 feet 3 inches tall and weighed 125 pounds, and was of West African heritage. The forensic artist depicted her with braided hair, which was a common hairstyle for women of African descent. Though she had a few cavities, her teeth were in reasonably good condition. Scientists found evidence of extensive arthritis in her back, indicating that she worked at hard physical tasks throughout her life. The style of pin used on her burial shroud indicates she died sometime before 1835. It is believed that the man later buried with her may have been her father or her husband. 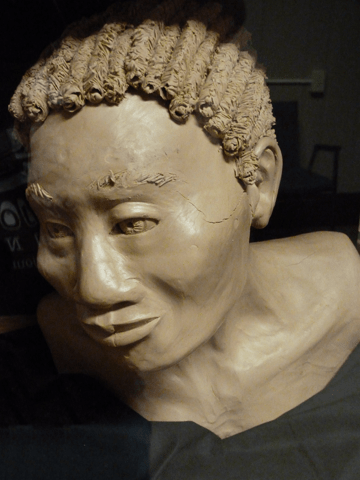 Bone measurements led scientists to believe that this infant was a girl of African descent. She measured 30 inches long and weighed just over 18 pounds when she died, probably before age two. The style of pins and the use of late-cut machine-made nails in her rectangular wooden coffin show she died after 1835. 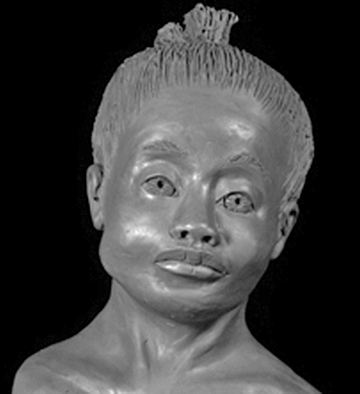 In 2006, after researchers were finished with the remains, they were all reinterred, with respect, in Leslie Morris Park on Fort Hill, overlooking Frankfort. 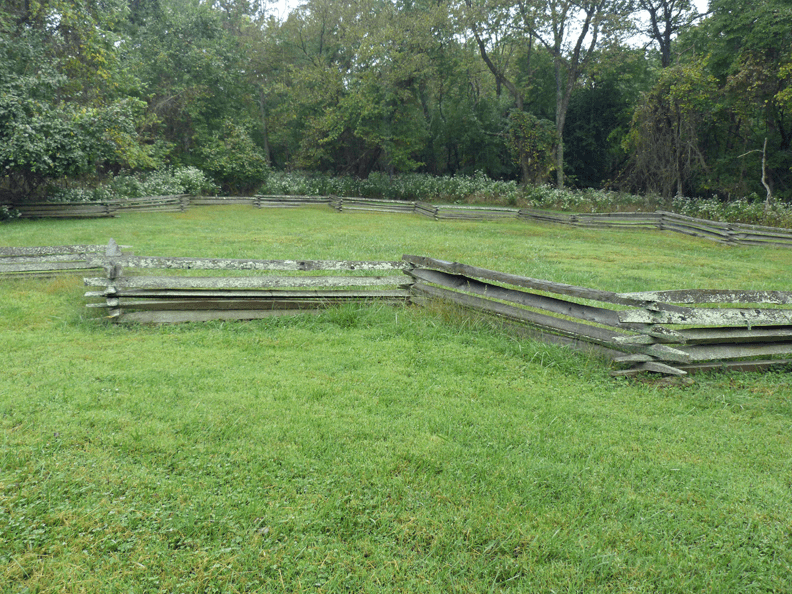 A marker at the site reads: “Here lie the remains of 250 citizens of Frankfort disinterred from a forgotten 19th century cemetery at the base of Fort Hill in 2002. Reinterred here in 2006.” 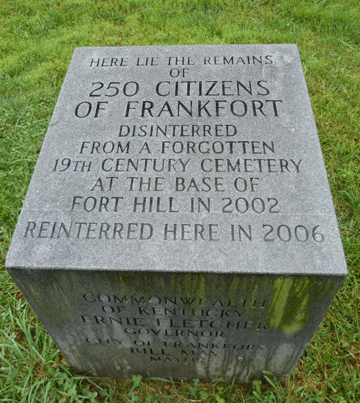 Hopefully, the people from the lost graves of Frankfort will rest here peacefully for eternity.

Be sure to enter our latest Free Drawing. This week’s prize is an audiobook of Fight For the Kingdom by Victoria Schwimley. It’s the story of two boys who go on a camping trip and find themselves on a magical adventure in another land. This is one your grandkids will love. To enter, click on this Free Drawing link or the tab at the top of this page and enter your name (first and last) in the comments section at the bottom of that page (not this one). Only one entry per person per drawing, please, and you must enter with your real name. To prevent spam or multiple entries, the names of cartoon or movie characters are not allowed. The winner will be drawn Sunday evening. 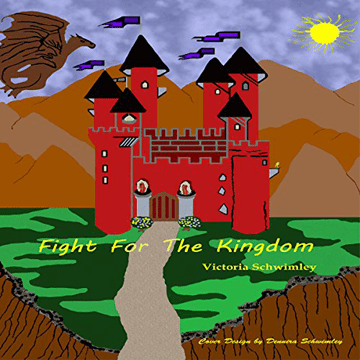 Thought For The Day – Sometimes sitting quietly with a true friend is all the therapy you need.

One Response to “Lost Graves Of Frankfort”