A half-mile north of the Roosevelt Lake Bridge on Arizona State Route 188, a stone monument marks the spot where one of the Old West’s most colorful characters was killed. Even today, a hundred years later, there is much debate over whether Al Sieber’s death was simply a tragic accident, or something more sinister. 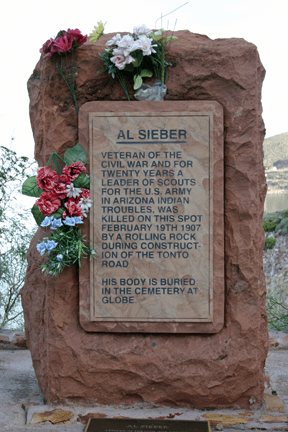 Born in Mingolsheim, Germany, on February 29, 1844, Sieber came to America as a child. His family settled in Lancaster, Pennsylvania for a while, then moved to Minnesota. Like many European immigrants, Sieber enlisted in the Union Army at the age of 18 and saw service in the Civil War. He was recognized for his actions at the battles of Antietam, Fredericksburg, and Gettysburg. He was seriously wounded at Gettysburg, and his injuries would trouble him for the rest of his life. Sieber spent five months recovering from his wounds, then was assigned to guard duty at a prisoner of war camp in New York.

When the war was over, Sieber went West, like many adventurous young men of his day. He tried his hand at prospecting in Nevada and California before showing up in Prescott, Arizona. This was still the Wild West, and Arizona’s Indian tribes were actively resisting White incursion into their lands. Sieber quickly made a name for himself as a scout and Indian fighter.

In 1871, General George Crook appointed Sieber Chief of Scouts. Over the next two years he was involved in most of the major engagements during Crook’s campaign against the Tonto Apaches.

The Apache Scouts were Apache Indians hired by the Army to help hunt down their own people and bring them to the reservation. Sieber and his Apache Scouts criss-crossed Arizona hunting down renegade Apaches and forcing them back to their reservations. Sieber’s favorite strategy was to locate Apache camps and attack at dawn, overwhelming the Indians before they were fully awake and aware of their peril.

These were hard times, and Sieber was a hard man. He maintained strict control over his Apache Scouts, and any disobedience was dealt with quickly and harshly. A bullet or a hangman’s noose kept the mutinous Scouts in line, and Sieber had used both as examples of what any Scout could expect if he stepped too far over the line. Still, the Scouts knew Sieber to be fair. One story relates how, when it was discovered a woman killed in a raid on an Apache camp was the mother of one of his Scouts, Sieber stopped his pursuit of the rest of the renegade band for two days so the grieving son could observe the traditional Apache mourning period.

When the Apaches under war chief Chalipun surrendered to General Crook at Camp Verde in April, 1873, Sieber was assigned to remain at Camp Verde to help oversee the tribe. Though Al Sieber was known to be harsh and fearless, he was also highly respected by many of the Apaches, who recognized and appreciated his fairness.

When the Camp Verde Reservation was closed in February, 1875, Sieber was responsible for helping relocate the Yavapai and Tonto Apaches to San Carlos. This was a difficult and dangerous duty, and the events of the transfer are among the most tragic in the history of the Old West. The weather was terrible and the Army failed to supply promised food and blankets. The half-starved Indians were forced to travel overland. Several died on the trek, and Sieber is credited with keeping the majority of his charges alive.

Sieber was stationed at San Carlos for the rest of his time as Chief of Scouts, though he often went on the trail of renegades and made several incursions into Mexico in search of Geronimo.

In 1882, a band of Apaches fled the reservation, and Sieber and his Scouts tracked them to Chevlon Creek, where a short but vicious battle took place. Sieber was often credited for being fearless in battle, and this was no exception. His actions quickly broke the Indians’ resistance. This would be the last skirmish with Apaches of any significance in Arizona.

Al Sieber was friends with one of the most famous of the Apache Scouts, Haskay-bay-nay-natyl, better known as the Apache Kid. The Apache Kid had a commendable reputation with the Scouts and was highly regarded by Sieber. In 1887, the Apache Kid left the reservation without permission to hunt down and kill another Apache who he believed was responsible for the death of one of the Kid’s relatives. In Indian terms, this was a simple matter of honor, and something that Al Sieber probably could have understood. When the deed was done, the Apache Kid returned to San Carlos to report in to Al Sieber.

The details of what happened next are debatable, but what is known is that the commanding officer at San Carlos ordered the Kid arrested. A scuffle broke out and one of the Indians with the Apache Kid fired a shot that struck Sieber in the left ankle and crippled him for life. The Apache Kid fled and began a reign of terror that was to become legendary in the annals of the Old West.

In spite of his injury, Sieber continued in his position as Chief of Scouts until he became angry with the treatment of the Apaches by the San Carlos commander, Major John L. Bullis, and confronted the officer about it in December, 1890. Bullis fired him, and Sieber spent the rest of his life prospecting around Globe, Arizona. It is said he became very bitter about his injury and carried a grudge against both the Apache Kid and the United States Army.

When work began on Roosevelt Dam, north of Globe, Sieber was hired to oversee a crew of Apaches building roads to the dam. On February 19, 1907, his crew was trying to move a large boulder, and Sieber crawled partially under the boulder to see what was holding it up. What happened next nobody really knows, or if they do, they have never told.

Somehow the boulder shifted and crushed the old Indian fighter, killing him instantly. The official report called Sieber’s death an accident, though rumors have circulated ever since that some of his Apache workers actually set a trap for him and then rolled the massive boulder over Sieber to exact revenge for his actions against the Apaches during his days as Chief of Scouts. Nobody was ever officially accused of the deed or charged with a crime, but resentments live a long time among the Apache people, and it is not inconceivable that Sieber’s death was more than a tragic accident. Or does the romance of the Old West refuse to allow us to believe that a giant piece of rock was able to do what neither Rebel bullets and bayonets, nor Indian arrows and lances could accomplish?

Al Sieber is buried in the cemetery in Globe, Arizona,  a short drive from where he died. The next time you are in that part of Arizona, stop and pay your respects to one of the most memorable characters of the Old West. 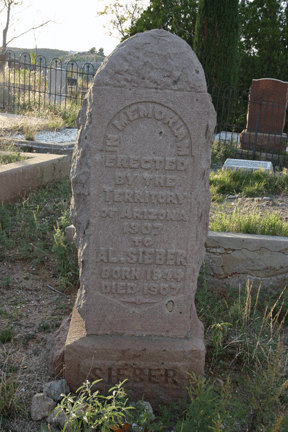 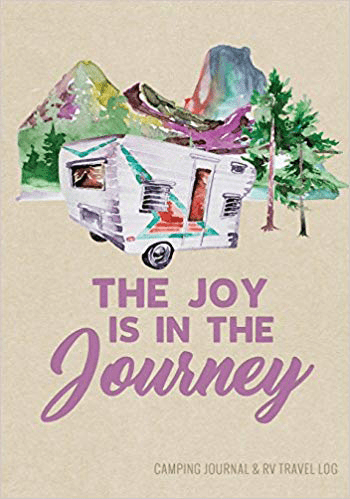 Thought For The Day – Nothing in the world can trouble you more than your own thoughts.