Nick's Blog » She’s Back At It

It’s been quite a while since Miss Terry has done any weaving, and she has been looking forward to getting back to it. And yesterday was that day.

I was in my office at the other end of the house when I heard the familiar sound of the shuttle and the beater bar and had to go see what she was up to. She’s had a project sitting on her Baby Wolf loom and she decided to finish it off so she can go on to something else. 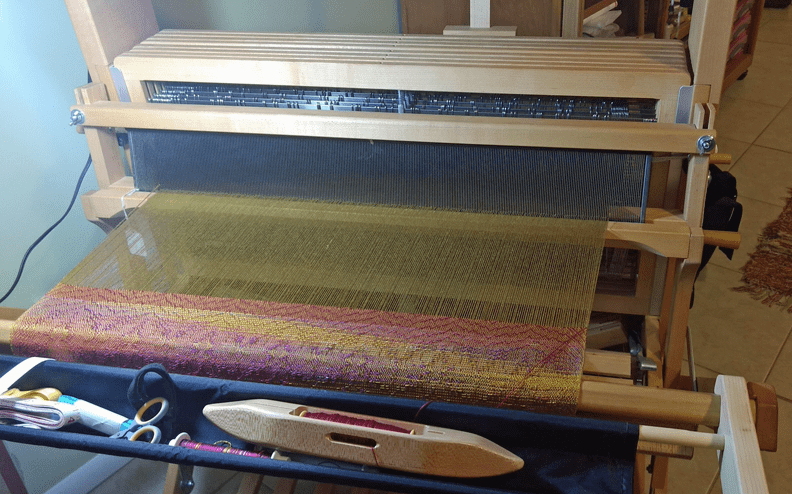 She tells me the projects on the loom now are several shawls in varying patterns and color combinations, and when she is finished with them she’s got something else she’s looking forward to taking on. Whatever it is, I know it will come out great.

Terry loves to cook, loves to fly kites, and occasionally even loves me, and we all know how hard that can be. But I don’t think there’s anything she loves more than immersing herself in anything to do with textiles. Look at the smile on her face. Kind of reminds you of the kid on Christmas morning, doesn’t it? And nothing makes me happier than to see her happy and doing what she loves. 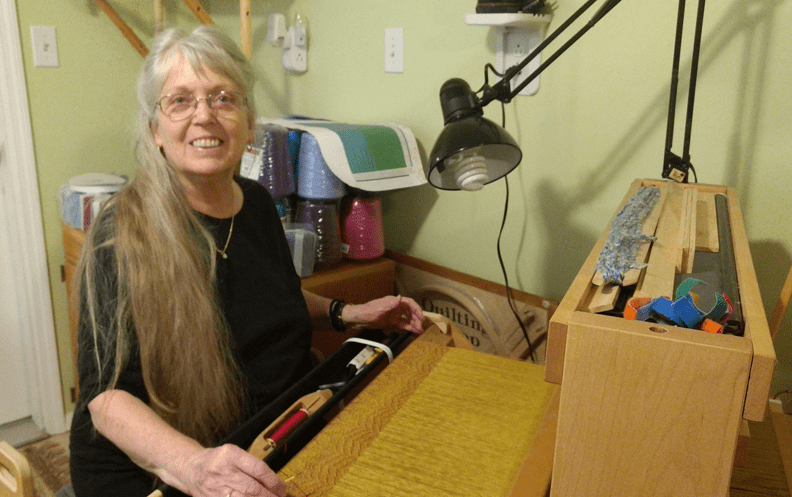 While she was doing that, I was doing what I do most days, working on my new book. I only got a couple of thousand words in yesterday because I had to do some research and our internet was flaky, going in and out most of the day.

The other thing that occupied a lot of my time yesterday was scratching. When I stood outside the other day talking to our neighbors Jess and Jen across the street, I timed it just right for the no-see-ums to go on the attack. If you have never dealt with these bloodthirsty little critters, do yourself a favor and avoid them if you can. They get their name because they are so small you can’t see them, but when they bite you it burns like hell. Then next, for two weeks or more, they itch like crazy. I keep several tubes of After Bite on hand, which helps a bit, as well as Benadryl cream and Benadryl tablets. They don’t make the discomfort go away, but they keep the itching down enough that I can function, and sleep.

I mentioned yesterday that we went to the Volusia County Fairgrounds to see about getting the COVID-19 antibody test, but they have been so busy that they have met their quota for the day almost as soon as they open. Yesterday someone on one of the local Facebook pages told me that things are slowing down now, and if we come in a different entrance to the fairgrounds than the one most people use, we should be able to get in and get them done without too much of a wait. Then it takes 24 to 48 hours to get the results.

Again this is a COVID-19 antibody test, not a test to see if we currently have it. This test is supposed to tell us if we have already had it, which may be possible due to how sick we got when we were in Arizona in February. If that’s the case, then we can donate plasma to be used to help other people fighting the virus. Well, at least I can. The last time we tried to donate blood, which was several years ago, they would not accept Terry’s because she had cancer and extensive radiation, which left her with a negative K factor. I don’t know if that applies to the plasma or not, we’ll have to wait and see if it turns out we do test positive. 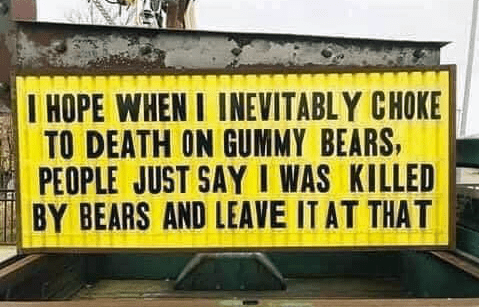 Thought For The Day – Insisting on your rights without acknowledging your responsibilities isn’t freedom, its adolescence.