“Remember, only you can prevent forest fires.” My generation heard that warning over and over while we were growing up from a lovable bear character named Smokey. And we all knew the story of the little bear cub who was found orphaned in a forest, clinging to a burned tree. But did you know that’s a true story?

In early May, 1950, a careless smoker started a blaze that merged with another wildfire in New Mexico’s Lincoln National Forest and grew into an inferno that destroyed 17,000 acres of forest and grasslands, along with a number of private residences.

On May 9, firefighters rescued a bear cub that was burned and orphaned by the fire. His injuries were tended to and a game warden provided the cub with a temporary home. That little bear cub became the mascot and spokesman for the U.S. Forest Service, and entire public service advertising campaigns were built around Smokey Bear. 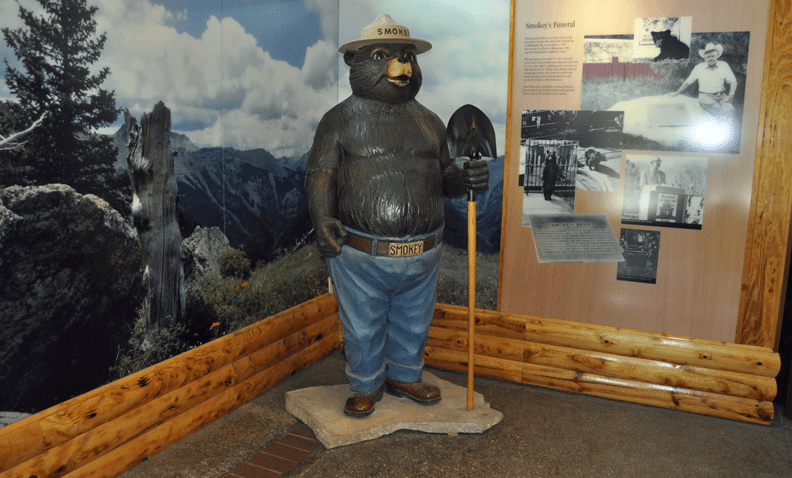 He was taken to the National Zoo in Washington D.C., and over the years millions of fans visited their favorite bear. Largely due to Smokey’s story, New Mexico adopted the black bear as the official state animal in 1962.

After Smokey died at the zoo in 1976, his body was returned to the Capitan Mountains where he was born. Today, visitors to the Smokey Bear Historical Park in the small town of Capitan can see exhibits about the environment and learn about forest fire prevention. A small theater shows a short film maintaining healthy forests. 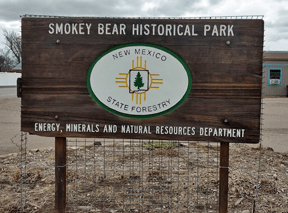 Then a short walk through the grounds will take them to a large stone with a metal tablet attached to it that marks Smokey Bear’s final resting place. 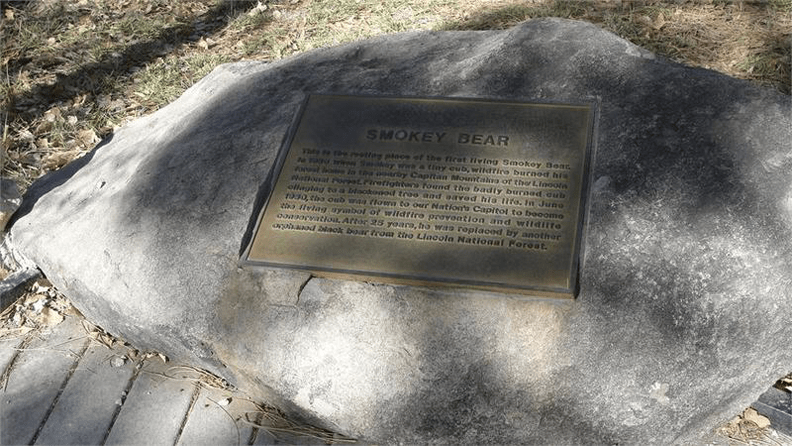 The next time you find yourself touring New Mexico, make it a point to stop in Capitan and visit Smokey Bear Historical Park. Located on the north side of Highway U.S. 380 in Capitan, the park is open daily from 9:00 AM – 4:30 PM, except for Thanksgiving, Christmas, and New Year’s Day. Admission is $2 for adults, $1 for children aged 7-12, and children 6 and under are free!

Congratulations Ali Workentin, winner of our drawing for an autographed copy of my pal Donna McNicol’s Not a Whisper, the first book in her Klondike mystery series about a small Pennsylvania town with some big secrets. We had 97 entries this time around. Stay tuned, a new contest starts soon. 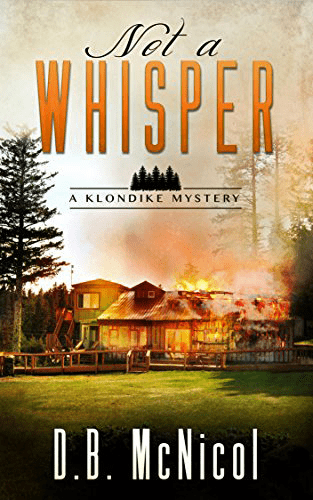 Thought For The Day – I hate it when a couple argues in public but I missed the beginning and don’t know whose side I’m on.