Movies and television would have you believe that ghost towns from the Old West era remain perfectly intact, with tumbleweeds rolling down their empty streets and homes and shops full of furniture and other items as if the residents just all got up and went away one day, leaving everything behind and never looking back.

In truth, that is pretty much a myth. In my younger days, I spent many years exploring the back roads of Arizona and New Mexico and have been to many ghost towns in that region. Even back then, most were no more than a few adobe walls crumbling into dust. Wood, hardware, and anything useful had been carted away generations before I ever got there.

One exception was the railroad ghost town of Steins, New Mexico, located just off of Interstate 10 at Exit 3, almost to the Arizona state line. A stagecoach stop was established there in 1857, and the town itself was founded in 1880. Unlike many boom towns of that era, Steins’ economy was not based solely on gold or silver discoveries, though there were some finds in the nearby Peloncillo Mountains, but more so as a stop for the Southern Pacific Railroad. A quarry and rock crushing plant produced track ballast for the railroad and jobs for the citizens of Steins. 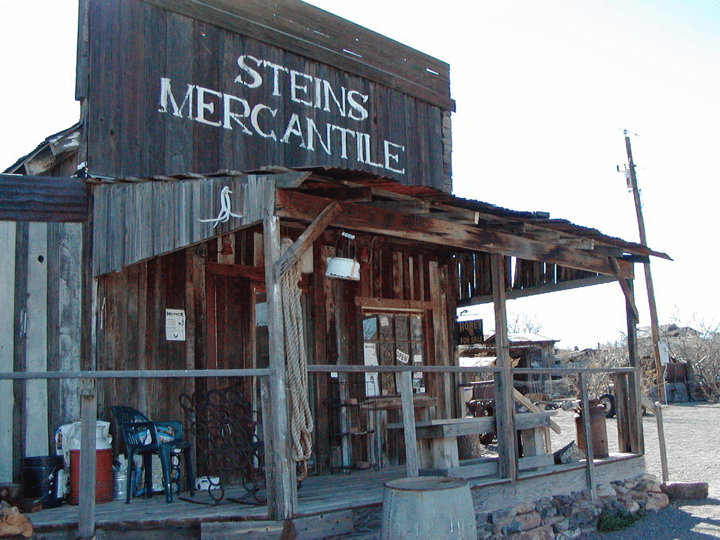 Life was never easy in Steins. There were no underground springs to tap into, so water had to be brought in by train. In the early days there was always the threat of Indian attack, the surrounding desert was harsh and unforgiving, rattlesnakes and other animals could be dangerous, and outlaws from both sides of the nearby Mexican border passed through the area. Still, the lonely little town hung on through good times and bad, it’s population fluctuating but never very large.

That all came to an end in 1944 when the railroad announced that it no longer needed the materials from the quarry, and therefore trains would no longer be stopping there, even to deliver water. Residents were offered free passage away from Steins, but with the restriction that they could only bring along what they could carry. Many left behind everything from household furnishing to wagons and tools, turning the abandoned town into a time capsule of days gone by. Later a fire destroyed many of the buildings.

The town went through a handful of owners until Larry and Linda Link purchased it in 1988 and began restoring it as a tourist attraction. Old West reenactments were held, and even ghost hunters stopped by looking for paranormal activity. 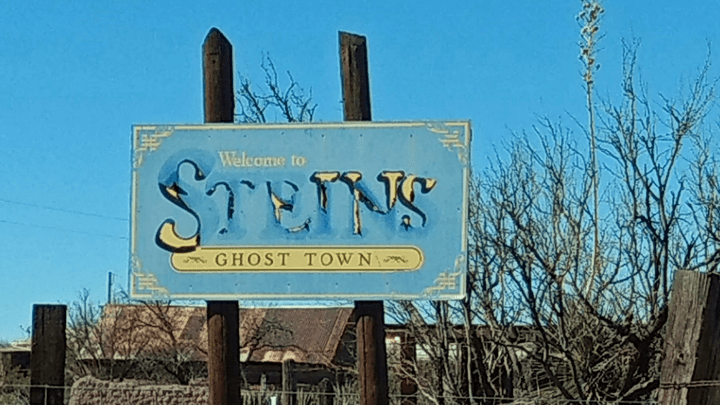 Way back when we first became fulltime RVers, we met Larry and Linda and instantly felt a kinship with them. Larry was an outspoken man with a great sense of humor, and before they bought Steins he had operated a rattlesnake farm and been a butcher. I think he was never happier than when he was showing visitors around Steins, telling tales of the old days, some of which might even have been true, and sharing interesting bits of history. But Larry was also not a man to hold his tongue when he saw something wrong, and he told me he had stepped on a few toes in nearby Lordsburg. 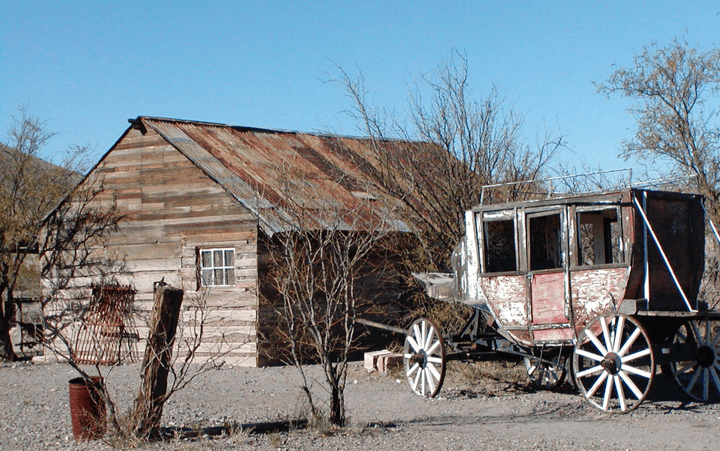 Over the years we stopped in to visit a few times as our travels took us around the country, and we were heartbroken to learn that Larry had been murdered. His body was found in Steins on June 7, 2011. The autopsy report said that he had been shot five times, had a three-inch laceration on his head, and various scrapes and bruises on his body. A handgun was found nearby but attempts to trace it back to its owner were unsuccessful. To date, Larry’s murder remains unsolved.

There have many theories and rumors about what happened that day at the old ghost town. Larry and Linda were no longer living full time on the property and some speculate that Larry stumbled on a burglary in progress. A semi-trailer stored on the property had been broken into and some items from it were strewn about. Investigators also found graffiti sprayed on the trailer. Others believe that the killer or killers were illegal aliens passing through the area, or possibly drug mules. Or that perhaps the killer was a transient who wandered in off the highway. And there are some that say that maybe the outspokenness Larry was known for might have led to his death. There had been stories of an ongoing feud with a former owner of the property and others in Lordsburg. Could that have been what led to the brutal murder?

In an interview with the Las Cruces Sun-News, Larry’s daughter Pamela said she didn’t believe that her father was killed by an illegal alien since the ones who had come to Steins in the past only wanted water, food, or a ride away from the area. She also discredits rumors of a robbery, since her father’s wallet was found at the scene.

Nobody knows what happened except whoever was at Steins that terrible day, and though Larry’s murder is still an open case, it has grown cold as more recent crimes come to the forefront. I suspect whoever was behind the death of our friend will never be brought to justice.

There was some talk of Larry’s wife and granddaughter reopening Steins, but when we pulled off the interstate to check it out on our trip to Arizona in February of this year, there were a couple of RVs parked there that looked like they might be caretakers, and nobody else around. Sadly, I think there is a good chance that eventually Steins will go the way of other ghost towns and fade into memory. 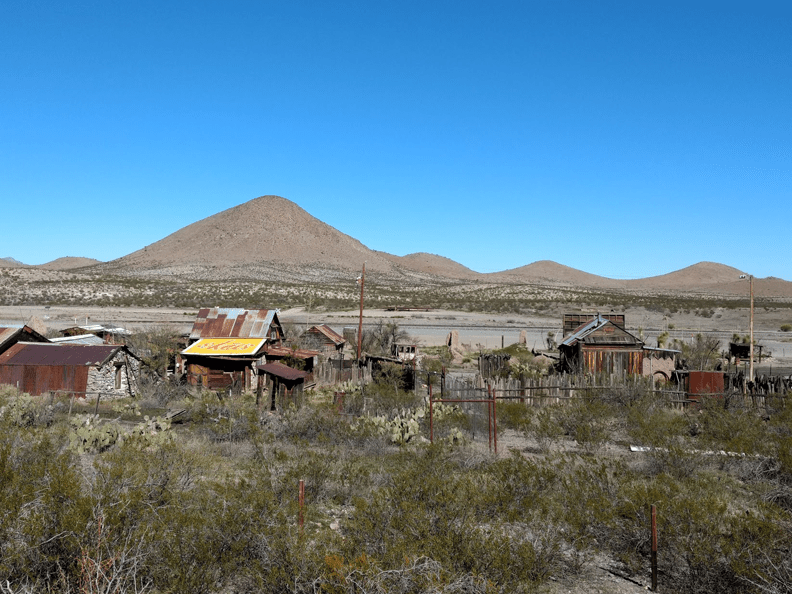 Thought For The Day – I love my computer because all my friends live inside it!