I have always enjoyed driving and I usually do most of it when we are on a trip. But after this trip, I may never drive again.

Back on February 8, I was getting tired when we were about 100 miles from Phoenix and Miss Terry took the wheel. She is an excellent driver, whether in the Pacifica, our Ford Explorer, or our motorhomes and MCI bus conversion when we had them. Since my night vision is bad, she always drives once the sun goes down.

While we were in the Phoenix area for her family reunion, she did all the driving, except for a short visit I paid on an old friend while Terry and her mom ran some errands. Then I came down with the crud and she drove us to Show Low to visit my daughter and her family, and we have just continued with her behind the wheel on our journey back east. I spend my time napping, checking email and Facebook on my phone, snapping a few pictures, and enjoying the scenery. I kind of like being chauffeured around. 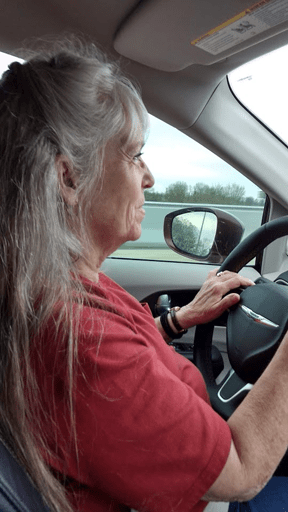 We left the Hampton Inn in Denton, Texas yesterday morning and traveled east on U.S. Highway 380 for about 60 miles to Greenville, home of the excellent Audie Murphy Museum, which I will have a blog post about in the near future. From there we took U.S. Highway 69 south about 70 miles to hook up with Interstate 20, which we followed all the way across the rest of Texas, all of Louisiana, and across the mighty Mississippi River into Vicksburg, Mississippi, our destination for the night.

After several weeks of brown terrain in the Southwest, it sure was good to see green grass and trees again. 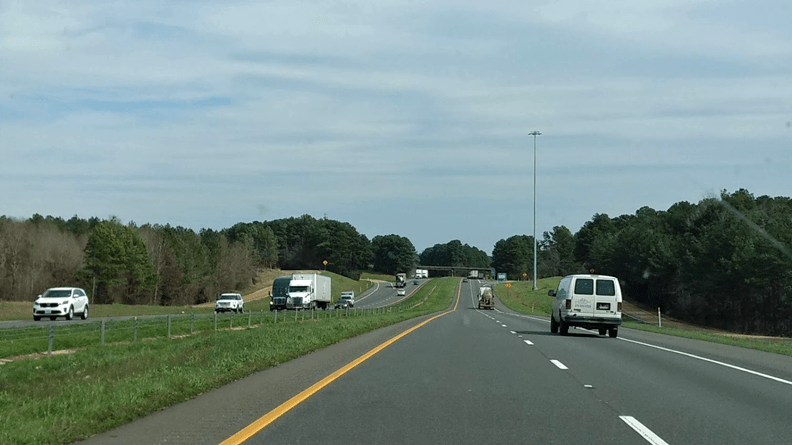 Just before 5 p.m. we crossed the Mississippi, and a few minutes later we pulled into the Hampton Inn, with 410 miles behind us for the day. 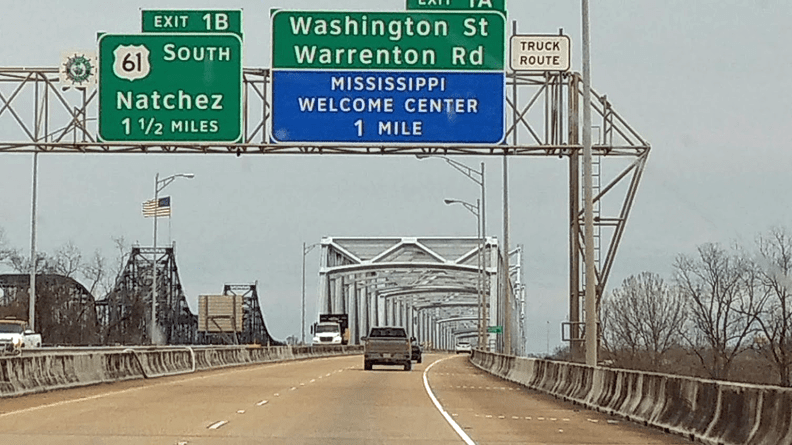 This is the first hotel I have ever stayed in that has a cannon out front. Actually, two cannons. I was afraid to ask for a wake-up call in the morning, fearful they might use those things to do it! 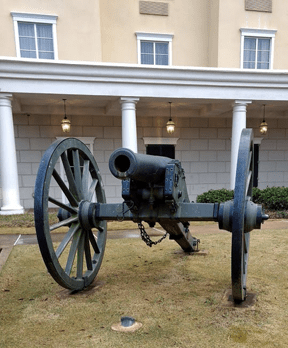 The hotel is within a stone’s throw of the Vicksburg National Military Park, which honors the men and women who suffered here on both sides during the 47-day siege that wrested control of the Mississippi from the Confederates and gave Union forces the upper hand. The North’s victory at Vicksburg was pivotal in the defeat of the Rebel cause. 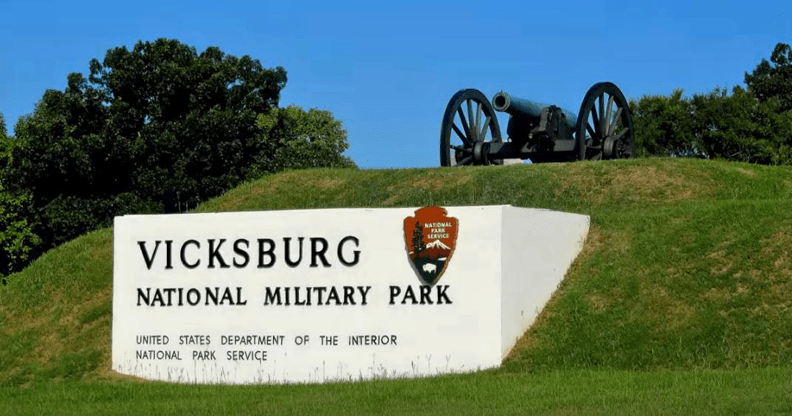 As often happens at Hampton Inn, they gave us an upgrade, this time to an executive king suite on the fifth floor. I guess that’s pretty exclusive, since we needed a key card just to make the elevator go to that floor! But what the heck, I guess when a man’s being chauffeured by a pretty lady, they must automatically think he’s a VIP, and I had no intention of disabusing them of that belief. 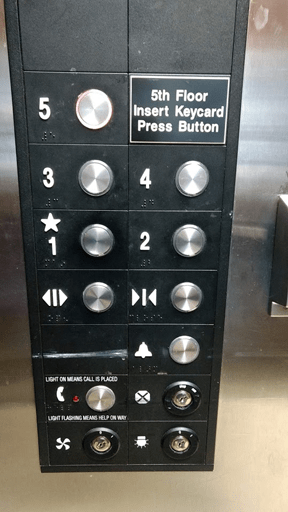 Once we were settled in our room, we went out to dinner at a place called the Gumbo Pot, which had some decent Yelp reviews and which the locals think is really good. I’m not sure we’d go that far. The food was okay but nothing special, the service was slow, and the lemon slices they brought for our iced tea were brown and ugly. We’ll avoid this place the next time we’re in town.

After dinner we drove downtown and walked along the mostly deserted Washington Street for a bit, just soaking up the history.

We have been to Vicksburg before and have seen a lot of things here, but there is so much to see and do that nobody could cover it all in one trip. We’ll make a couple of stops in town this morning to see some things we missed in earlier visits before heading out for Tuscaloosa, Alabama to spend a few days with my son Travis and his wife Geli. And from there, it’s back home. By the time we get there we will have spent a month on the road, and home sure sounds mighty good to both of us.

Thought For The Day – Many people die at twenty-five and aren’t buried until they are seventy-five.

3 Responses to “I May Never Drive Again”