It was down in the low-60s and windy yesterday, then dropped down in the mid-40s last night. Today the high is supposed to be in the low to mid-50s, and tonight we will see the low 40s, possibly even dropping down as low as 30 degrees at some point. And Wednesday won’t be much better. If this nonsense keeps up, you can expect me to launch into a full blown snivel at any time. And trust me, none of us wants that to happen.

Yesterday’s doctor visit didn’t go as we had planned. I thought we would be making arrangements for the nerve ablation, but now it looks like that might not happen. At least not right away. I have a number of separate issues with my back; all my lumbar discs are herniated, I have a lot of arthritis back there, and I have spinal stenosis, which is a narrowing of the opening in the spine where the nerve bundle goes through, and I have major problems with my left SI joint. The ablation procedure would take care of the pain from the stenosis, but not the other issues.

My pain management doctor, Doctor Robert Kent, is an excellent specialist as well as a caring, gentle man who is very devoted to his patients. When he examined me yesterday he found that the muscles in my lower back were totally clenched and would not release. Picture having a charley horse in your back that won’t let up no matter what you do, for days of time. That’s pretty much what I’ve been dealing with these last few days. Doctor Kent gave me a shot directly into the muscle and it didn’t take long to make a noticeable difference. I walked into his office using my cane and barely able to stand upright and walked out with my pain greatly diminished and able to stand erect.

Unfortunately, we all knew that was only a band aid that would last a few hours, which it did, beginning to wear off late in the evening. But in the meantime, the relief was wonderful. I have an appointment at the hospital in DeLand this afternoon for Doctor Kent to do another series of injections in my SI joints. Wish me luck.

OK, enough doom and gloom. The good news is that Terry finished the proofing of Big Lake Quarterback yesterday and I sent it off to my next proofreader. Here’s hoping Terry caught most of the mistakes from the formatting problem and general narration and that this round of corrections won’t take nearly as long. I really want to get it done and out before the end of the month so I don’t have to worry about it while we’re on the road in February. 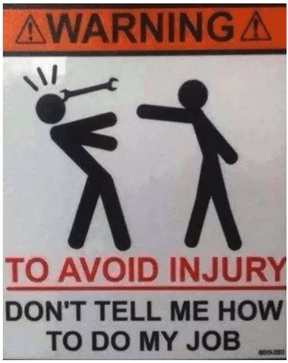 Thought For The Day – I just overheard someone say, “I wish they made a Kindle that never needed the battery charged.” They do. It’s called a book.