A couple of times over the years we have talked about getting a bidet because people who have them have told us about their many benefits, including better personal hygiene and cleaning, reducing the impact we have on the environment, and comfort of use. Bidets also can prevent clogs and reduce plumbing problems. But that’s all we did, talk about it.

While Terry was doing the prep work prior to the surgery to insert her Interstim device, one of the nurses there told her it would be a beneficial to her. So, after a lot of research, she ordered a Luxe Neo 120 model, which attaches to the existing toilet. 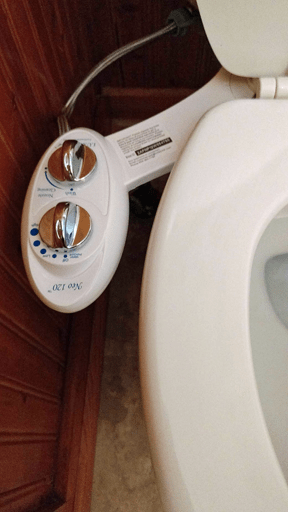 The flapper valve in the toilet in our guest bathroom was leaking and the entire apparatus was in bad shape, so the other day we bought a complete replacement kit. Yesterday was the day to put in the new toilet kit, and then install the bidet.

We replaced the guts of our master bedroom toilet a few months ago and it was an easy job, so we didn’t expect any problems this time around. We were wrong. When we had new flooring put in the house, including tile in the kitchen, hallway, and guest bathroom, they had to remove the toilet. Whoever put everything back together must have thought he was putting lug nuts on an 18-wheeler, because everything was so tight that we could not take the water supply line off. The fact that the toilet is only about 4 inches or so away from the wall on one side didn’t help. I think it took us a couple of hours just to get it taken apart. Once we did that, installing the new kit in the toilet tank was easy. Likewise, installing the bidet was also quick and easy.

Okay guys, here’s a tip for you. If you and your lady ever install a bidet, don’t open the toilet lid and push the button to see what happens. And if you do, make damn sure your wife or significant other is not standing there. Don’t ask me how I know this. Let’s just say that if there had been one more woman present, we could have had a wet T-shirt contest!

To Terry’s credit, she didn’t beat me over the head with a plunger or stick my head in the bowl and flush it a few times. I don’t know if that’s because she’s a good sport about things or she’s just waiting for me to go to sleep tonight.

I will say that we both tried the bidet and we both liked it. So much so, in fact, that we are talking about installing one in the master bathroom, too.

In other news, I did 6000 words Saturday and another 6,200 yesterday, and Big Lake Quarterback is done. It came in at 86K words. I started it November 15 and finished it January 12. It would have been done sooner except for all of the running back and forth to the Mayo Clinic in Jackson for the prep exams and then Terry’s surgery. Today I will give it a final read-through before I print it out for Terry to start the editing and proofing process. Here’s a sneak peek at the cover. 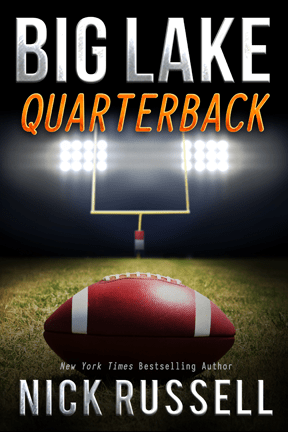 Congratulations Jay Rubin, winner of our drawing for an for autographed copy of my pal Donna McNicol’s 3-in-1 C’Mon Inn Hawaiian mystery series trilogy, Paradise at a Price, Paradise Dead, and Paradise Drift. We had 91 entries this time around. Stay tuned, a new contest starts soon. 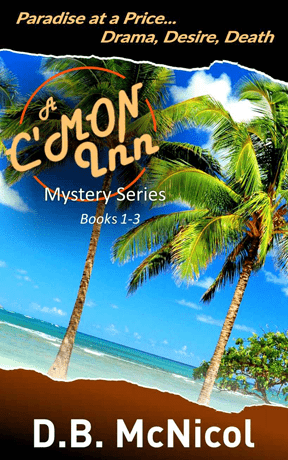 Thought For The Day – Sometimes I wonder if slugs are just snails that have gone through a divorce and she got the house.

3 Responses to “A Bidet Day”