Halloween has long since passed, but today I thought I would share a ghost story with you that I was reminded of on our recent visit to Ohio. My mother’s family lived in the charming little town of Maumee, on the banks of the Maumee River. This area is rich in history and was hotly contested when settlers began encroaching on long-held Indian territory. Nearby Fort Meigs and the Fallen Timbers State Memorial honor the struggle that went on there and the sacrifices made by both sides.

Founded in 1817 and located just minutes from Toledo, Maumee also has its share of ghost stories, as one might expect from any old community. One that I am familiar with is that of the building once known as the Old Plantation House. 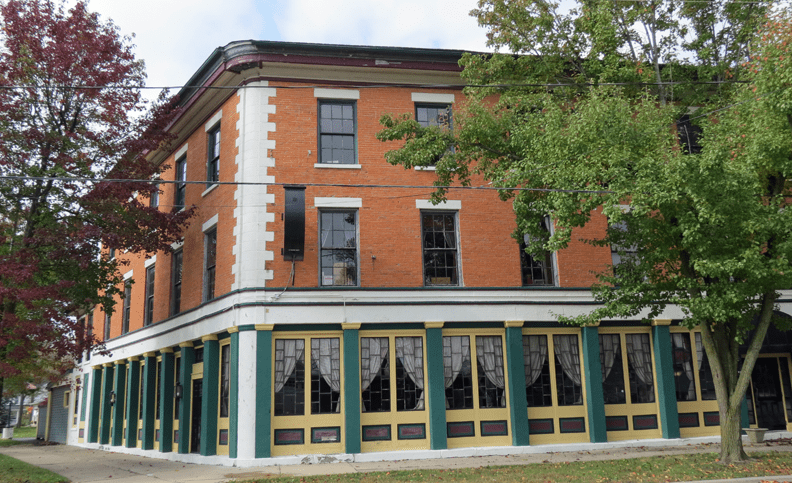 Built in 1836 by a man by the name of Levi Barbee, the three-story building was originally called the Commercial Building, though it has undergone several name changes over the years, including the Governor’s Inn and the Chadwick Inn. It has served as an inn for stagecoach travelers, a general store, a bank, a post office, a restaurant, and supposedly a bordello, back in the 1930s. The building was added to the National Register of Historic Places in 1974.

Old-timers around Maumee still remember a tunnel that supposedly ran from the building’s cellar to the river. The tunnel was a stop on the Underground Railroad and was originally used by fugitive slaves escaping their masters in the South. During the Prohibition years there were rumors that the tunnel was used to bring in whiskey and rum smuggled across the border from Canada. Today an upscale restaurant occupies part of the space.

There are many stories about the old building, several of which include ghostly activity, and some believe that as many as three spirits linger there even today. One is said to be the ghost of Levi Barbee himself, who seems to enjoy hanging out in the bar having a drink or two.

Another ghostly guest is believed to be that of a prostitute who hanged herself in an upstairs bedroom during the building’s bordello incarnation. Both guests and staff have claimed to have seen a woman hanging by a noose who suddenly vanishes into thin air.

There are many people in Maumee who will scoff at that story and tell you it was never used for such nefarious activity. I’m not sure if they are right or if they are just staunch community supporters who refuse to believe something like that could have once existed in their little town.

The third and best-known ghost is the Lilac Lady, who has been seen many times by staff and guests in an upstairs hallway. She got her name because those who have seen her say that she leaves behind a pleasant aroma of flowers. There may even be a fourth ghost lingering in the old building. There have been a few reports of an apparition with a noticeable body odor.

Are any of these story’s true? Who knows? But I will tell you that when I was a kid, my parents knew the people who owned or managed the place at that time. I have forgotten their names, but on one visit it was raining and my parents noticed a window was open on one of the upper floors. When they told their friends about it, they seemed reluctant to go upstairs and close the window, so my dad did. There wasn’t much in the world that ever scared my father that I know of, but when he came back downstairs my mother said he looked visibly shaken. She asked him what was wrong and all he would ever say was, “That was weird.” I asked him several times over the years what happened up there, if anything, and all Dad would tell me was that some things are left better unsaid. If you are ever in Maumee, the Old Plantation House is located at 301 River Road. Drive by and see if you get a ghostly vibe.

Congratulations Aletrice Hughes, winner of our drawing for an audiobook of Caddo Cold, the seventh book in my pal George Wier’s excellent Bill Travis mystery series. George is a prolific master storyteller, and if you have not read any of his books yet, you don’t know what you are missing! We had 58 entries this time around. Stay tuned, a new contest starts soon! 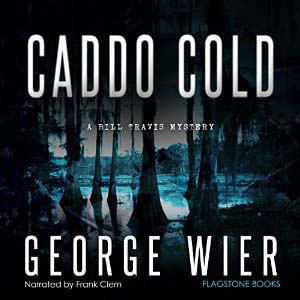 Thought For The Day – If by “crunches” you mean the sound potato chips make when you chew them, then yes, I do crunches.