While we were in Ohio doing research for a new book series we visited two places that recognize the struggle between Native Americans and settlers as the newcomers moved onto what had long been traditional Indian homelands.

One of those places was Fort Meigs, located on a bluff overlooking the Maumee River. After suffering several defeats to the British and their Indian allies during the War of 1812, the fort was erected in early 1813. The earth and wood palisade enclosed nearly ten acres and included seven two-story blockhouses, five artillery batteries, two underground powder magazines, and various work and storage buildings. Troop strength at the fort ranged from less than 900 to over 2,000 including Regulars, militia from Ohio, Kentucky, Pennsylvania, and Virginia, and several companies of independent volunteers. Because the fort was more an armed camp than a formally engineered fortification, most troops lived in tents inside the stockade. 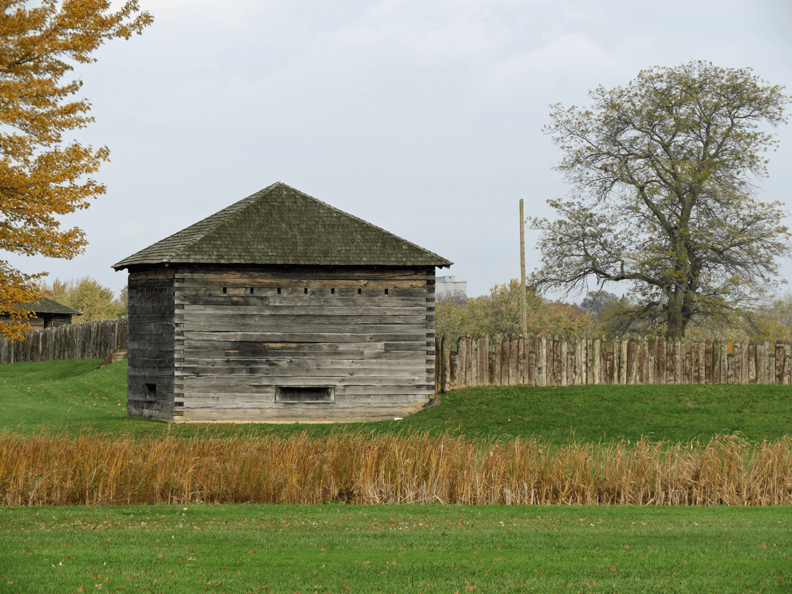 The British laid siege to Fort Meigs on May 1, 1813. General William Henry Harrison, the commander of the Northwest Army, with 1,200 defenders and nearly thirty pieces of artillery under his command, was confident that he could withstand the assault if his small supply of ammunition held out. Harrison knew that reinforcements were on the way, and used his artillery batteries sparingly, rewarding any soldier who retrieved a British cannonball to use in return fire with a gig of whisky.

The British bombardment lasted four days before the reinforcement troop of Kentucky militiamen arrived on the scene. Some of the Kentucky reinforcements were captured and later killed by English-allied Indians. The siege lasted another five days before the British withdrew, giving the Americans a significant victory and turning the tide of the war.

While the British saw the withdrawal from Fort Meigs as a prudent maneuver, their Indian allies were bitterly disappointed. The King’s troops feared losing their support, so to appease them, the British once again attacked Fort Meigs in July. That attempt also proved futile.

For many years the site that once held the old fort was buried under farmers’ fields until 1965, when the Ohio Historical Society acquired the property and began to reconstruct the stockade as it was during the British siege of 1813. The project was completed in 1975, and officially dedicated in 1976.

Today the fort looks much like it did back in 1813 and visitors can climb the stairs to the second floor gun ports and look out over the battleground from where the fort’s defenders once took aim at the enemy. A visitor center includes a map of the site and a museum with displays on the War of 1812 and the role that Fort Meigs played in the American victory. 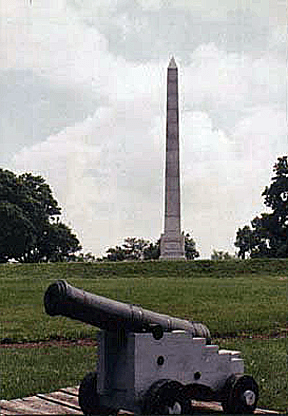 Located at 29100 W. River Road in Perrysburg, just a few miles west of Toledo, the museum and visitor center are open year-round, and the reconstructed fort is open April – October. For more information, call (419) 874-4121 or visit the fort’s website at https://www.fortmeigs.org/

Just a short five miles from Fort Meigs, we visited Fallen Timbers Battlefield Memorial Park, which honors an earlier event in the struggle for dominance on the frontier.

It was here that troops led by Major General Anthony Wayne defeated an Indian force in what became known as the Battle of Fallen Timbers on August 20, 1794. The clash has been called the “last battle of the American Revolution” and resulted in the Treaty of Greenville. The battle was fought in an area where a tornado had knocked down many trees, giving it the name Fallen Timbers.
Today a small visitors center has information on the battle, and monuments stand where soldiers and Indians fought to the death. 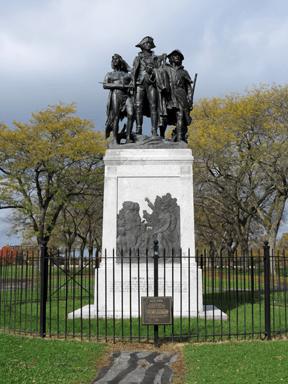 American casualties in the battle were 33 men killed and 100 wounded, while the Indians lost twice as many. I think it’s appropriate that the monument honors both sides, not just the victors. For much of history the Indians were called savages, but truth be told, they were fighting for their homeland against outsiders who had come to take it away from them.

This is Turkey Foot Rock, where Ottawa chief Me-sa-sa was killed when he stood on top of it to rally his followers, who had begun to retreat during the battle. Me-sa-sa was one of the principal leaders of the Indians at the Battle of Fallen Timbers and the rock became a shrine of sorts to the brave chief’s memory. Over the years visiting Native Americans left trinkets and other offerings at the rock. The name comes because Me-sa-sa was called Turkey Foot by the Indians’ British allies and their foes. 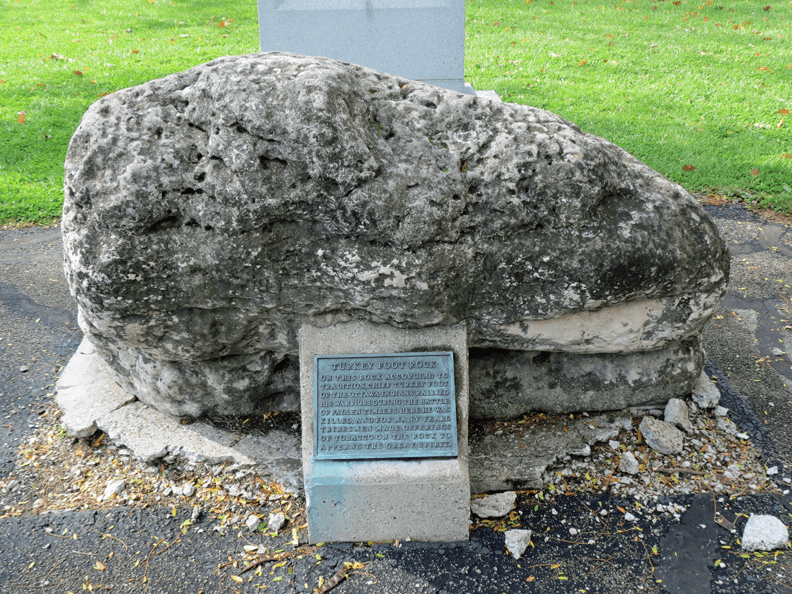 Fallen Timbers Battlefield Memorial Park is located on US Highway 24 in Maumee and is open daily. Admission is free. For more information, call (800) 860-0149 or visit the park’s website at http://www.fallentimbersbattlefield.org/

Thought For The Day – If we are ever in a situation where I am the voice of reason, we are in a very, very bad situation!

One Response to “Ohio Indian Wars”