Quite a few readers have been asking me what I think of the new Lifeform chair I ordered from Relax the Back in Orlando a while back. Between our trip to the Midwest, which began just after the chair arrived, and then running back and forth to Mayo in preparation for Terry’s procedure, I had hardly used it until the last few days. But, having done so, I love it. It is beyond a shadow of a doubt the best work chair I have ever used. Over the last few days I have spent several hours a day in the chair, writing. With every other chair I have ever used, after a couple of hours my back would start to hurt, and when I stood up I would feel sharp jabs of pain in my lower back. With the new chair the discomfort from sitting is gone, and when I stand up after three hours or so of steady writing, there is no pain at all. Yes, it was very expensive, but my body is telling me it was worth every penny. 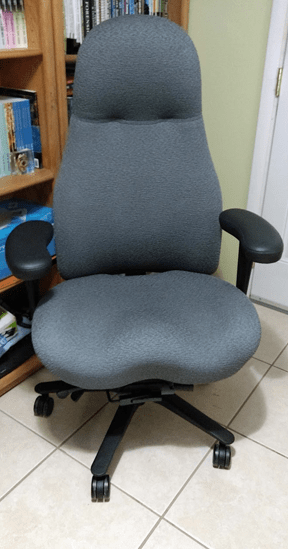 Apparently at some point when I wasn’t paying attention, Terry and I became officially old. Don’t ask me how it happened, because I have no idea. But with all our aches and pains, me using a cane to get around, more doctor appointments than we have time for, and the drawer full of medications in our bathroom, I think it’s obvious that we are over the hill. Seriously, when did this happen? We sure don’t feel that way. In our minds we are still teenagers capable of doing anything. But our bodies snicker and say, “Yeah, right!”

Good news for people who like printed books instead of e-books! The print edition of Dead Romeos is now available. You can order it at this link. 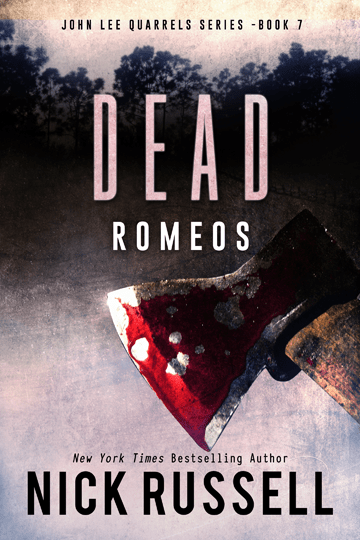 When I have mentioned the extensive damage that Terry suffered from radiation to save her life after her stage 4 cancer diagnosis back in 2000, some people have asked why she would be willing to take such drastic steps, knowing the long-term complications that could come from it. The answer is simple, she was given six weeks to live at best. When you are faced with that kind of situation, you do what you need to do to stay alive. Yes, things have been difficult for her for quite a while now, and they have been getting steadily worse as the years go by. But here’s the thing – the years have gone by. She has had 19 years more than they gave her upon her diagnosis, and we expect to have many more years together. Do we wish things were different? Of course we do. But it is what it is, and we are making the most of it.

In a blog post the other day I said that we would be going back to Jacksonville on Thanksgiving Day, because Terry has an early morning appointment at Mayo the next day. At that point I said we would probably have to order pizza or do Chinese for Thanksgiving dinner. In response, several people suggested Cracker Barrel, Applebee’s, or a couple of other restaurants. As it turns out, Applebee’s in Jacksonville will not be open on Thanksgiving Day, but Cracker Barrel and Golden Corral will be. Don’t worry about us. Fat guys like me always know how to find food, no matter where we are or what day it is.

Along the same lines, several people have invited us to have Thanksgiving dinner with them at their homes in Jacksonville or nearby. While we appreciate your generosity, we have so much on our minds right now that we probably would not be very good company. But thank you very much for offering. That means a lot to us. 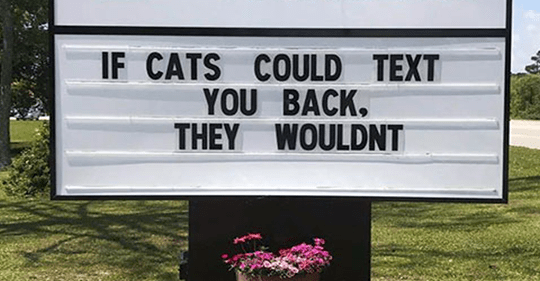 Thought For The Day – I tried donating blood today. Never again! Too many stupid questions. Whose blood is it? Where did you get it from? Why is it in a bucket?