Note: This is day six of our trip home to Florida after spending time in Ohio researching a new book project.

It was only 125 miles to Jacksonville, where Terry had an appointment at the Mayo Hospital on the 11th. We could have easily driven straight there, checked into a hotel, and been ready for her appointment the next morning. But why do that when we can wander off the highway onto two-lane roads and make it a 160 mile trip instead?

Just across the state line we took US Highway 72 to State Route 200, winding our way through several tight construction zones to get to Amelia Island and Fernandina Beach. They tell me the modern shrimping industry was created here, and there were a lot of neat old homes in town. The problem is that like any busy resort town, heavy traffic on the small streets made it difficult to see anything because all my attention was focused on driving. What’s that you say? Why not find a place to park and get out and see things on foot? That would have worked out fine if we could find a parking place. They seemed to be as scarce as hen’s teeth or an honest politician.

After driving around town a little bit, we made our way to Fort Clinch State Park. The rather narrow road inside the park was shrouded in trees for much of the way. There were a lot of people riding bicycles, but that didn’t seem to matter to many drivers who were speeding down the road and through the curves. I guess courtesy is a thing of the past. 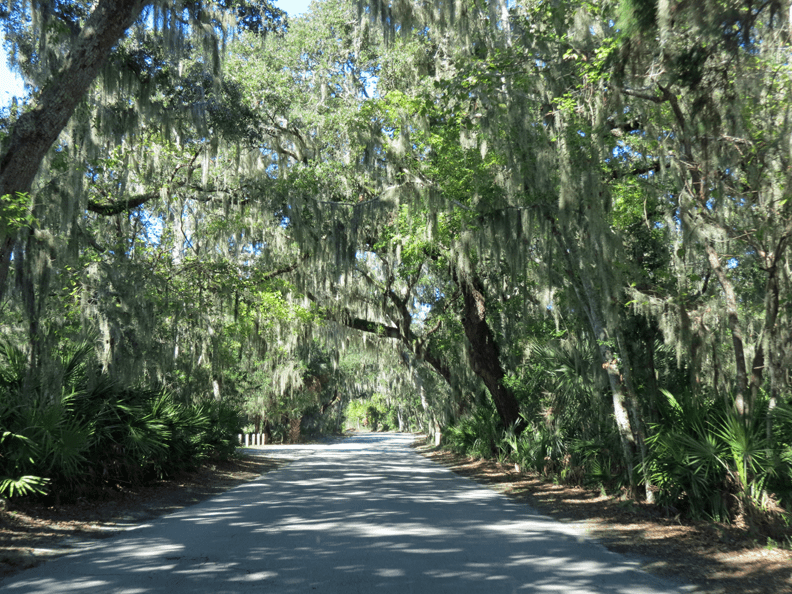 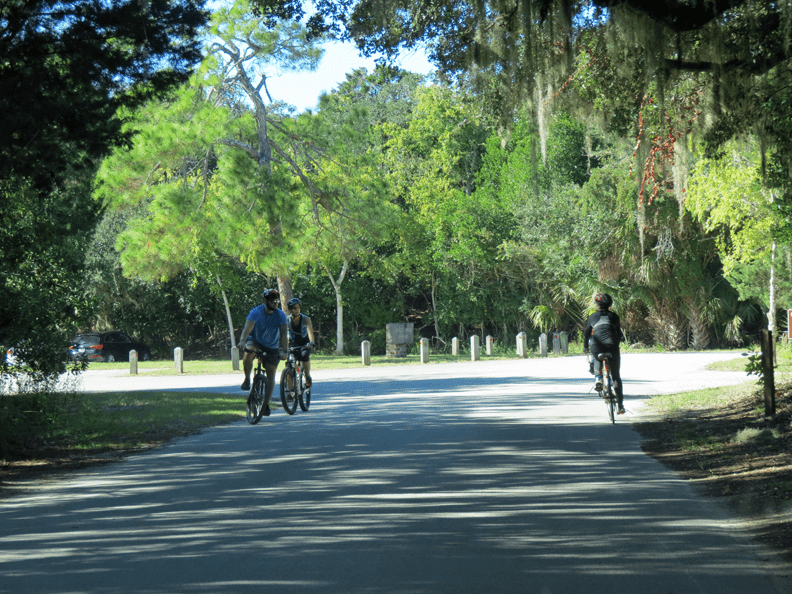 The park takes its name from the 19th century fort built at the entrance to the St. Marys River and Cumberland Sound. Ever since the Spanish established a military post on the same place, way back in 1736, several nations’ flags have flown over the site. 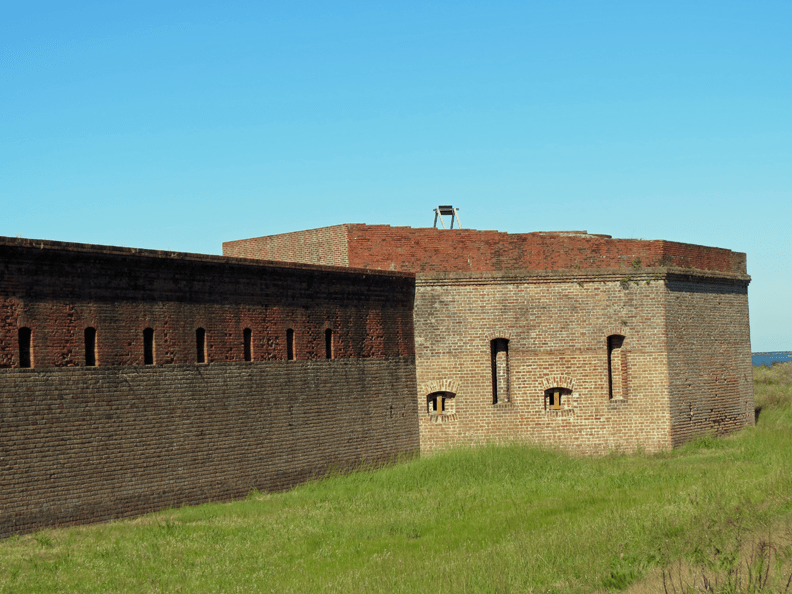 We spent a couple of hours exploring the old fort and talking to a costumed interpreter on hand to tell visitors what life was like there back during the Civil War days. I will post a blog about Fort Clinch soon. 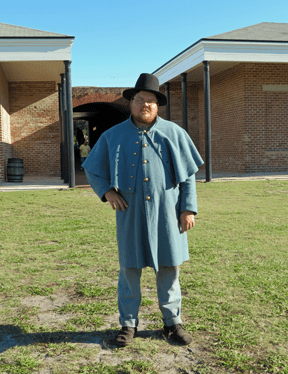 When we left the fort we drove into Jacksonville and spent the night, and were up bright and early for Terry’s appointment at Mayo. For years she has been suffering with the aftereffects of the heavy radiation she received for her cancer back in 2000. A series of doctors have not been able to help with her problems, but the doctor she saw at Mayo was very thorough and said he thinks they can come up with a protocol that will do her a lot of good.

After the appointment we drove another two hours home, and it sure was good to walk in the door of our place after being gone for two weeks. It was even better to sleep in our own bed!

Unfortunately, we were only home for a couple of days before we had to go back up to Jacksonville for three days of testing and procedures to determine the extent of Terry’s internal damage from the radiation so the medical folks there can decide on a proper course of treatment. It was a hard three days for Terry, but we know it will be worth it in the long run.

Thought For The Day – It’s normal for married couples to fight. The trick is for you and your spouse to find a couple you can easily beat up.