Nick's Blog » Out And About In Toledo

I have forgotten just how cold it can be in northern Ohio, and it’s not even winter yet! The overnight temperatures have been down in the low 30s, and in the daytime a cold wind and rain have added to our discomfort levels. We don’t use them much back home in Florida, but up here Terry and I have discovered just how wonderful the heated seats and steering wheel in her Chrysler Pacifica are.

But that has not kept us from getting out and about. After breakfast at Bob Evans yesterday, we drove into downtown and spent some time at the Toledo History Museum, where Donna Christian Rehfeldt was a wealth of information about the city’s history. She worked in the history section at the Toledo Public Library before retiring and now dedicates her time at the History Museum. She told me about some great online resources to help my research, and also some books that will prove invaluable.

Not too far away is the Toledo Blade building. I had a paper route delivering the Blade when I was in high school, and it was always my dream to someday work there as a reporter. When I got out of the Army I applied for a job there, any job, and I can still hear the managing editor telling me, “Forget it, kid. Neither you or I will ever live long enough to see anything with your name on it in print.” I went on to start and successfully publish several small town newspapers, spent 18 years publishing the Gypsy Journal RV travel newspaper, and I have 38 books out. I am sure he’s long since passed on, but I’d love to find his grave and piss on it. 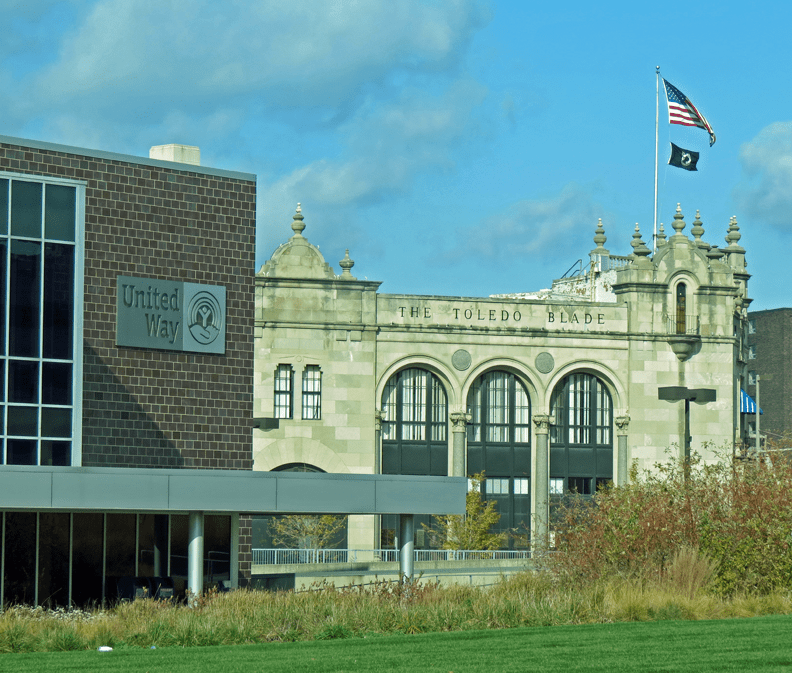 When we left the History Museum, we went to the Toledo Police Museum, where the volunteers on duty were a husband and wife who both spent 30 year as Toledo cops. Boy, the stories they could tell! I will have a blog post about this later. 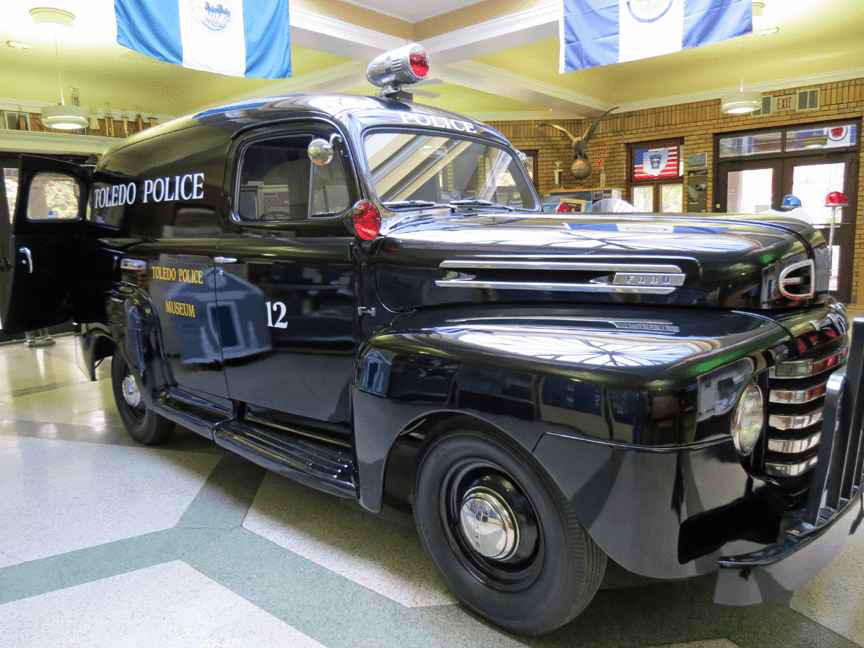 We also drove by this old smokestack that once stood over the Willys-Overland plant, which was famous for producing Jeeps for the Army. The building dated back to 1904 and was originally a bicycle factory. When Chrysler purchased American Motors in 1987, Jeep Wrangler bodies were made there until the plant closed in 2006. At that time, it was the oldest operating automotive assembly plant in the United States. Today nothing remains but the smokestack. At one time there were three of them, but the other two were demolished in 2007. I remember my dad telling me that as a young man working for his father’s painting company, he and his brothers once painted the towers. He was a better man than me, because there is no way you’d get me to hang off the sides of those things! 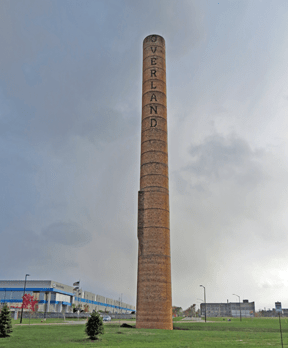 I did get some sad news yesterday. A wonderful man named Richard Schroeder was the music teacher when I went to Jones Junior High School, here in Toledo. He was adored by every student he ever taught, and many of us kept in touch with him on Facebook. I never was able to play a note or carry a tune, and I remember him telling me that was okay because I had a different talent as a writer. He made me promise to name somebody in one of my books after him someday. And for those who read my John Lee Quarrels series, you may recognize his name as the Chief Deputy. I had hoped to visit Mr. Schroeder while we were here, but he fell ill just before we arrived and passed away yesterday. Heaven has a new choir director. 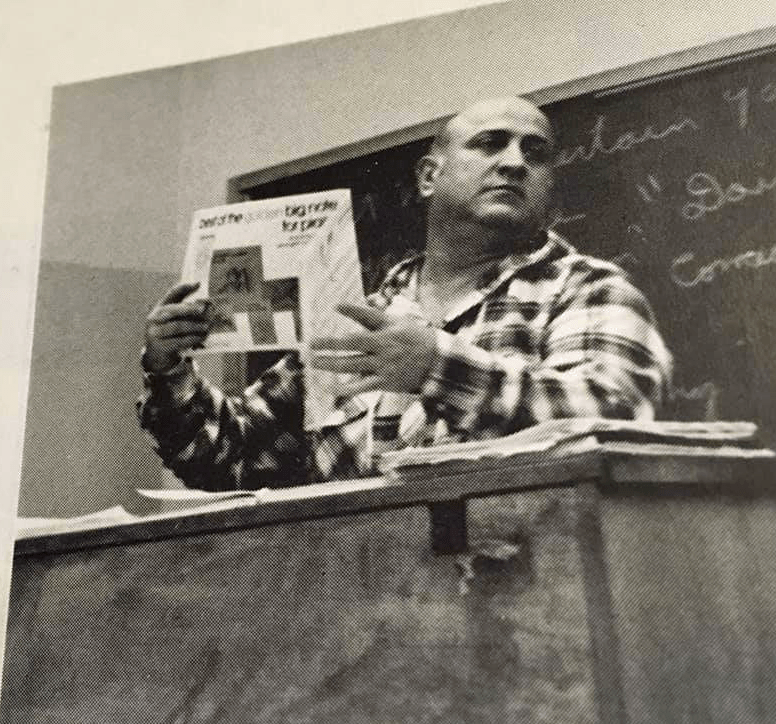 Today will be another research day at the main library downtown, and sometime early in this coming week we will say goodbye to Toledo and start heading home. Hopefully we will start to warm up somewhere not too far south of the Mason-Dixon line.

Thought For The Day – Preschool and bar rules are the same. You pee your pants and you go home.

3 Responses to “Out And About In Toledo”