So who leaves warm, sunny Florida to go to Ohio, where it was 31 degrees last night, the wind is blowing with 40 mph gusts, and it’s raining? This guy does! Somebody said I must be crazy to do such a thing, but I’m not. I know, because my mother had me tested.

What do you think of my Nanook of the North look? Is it me? 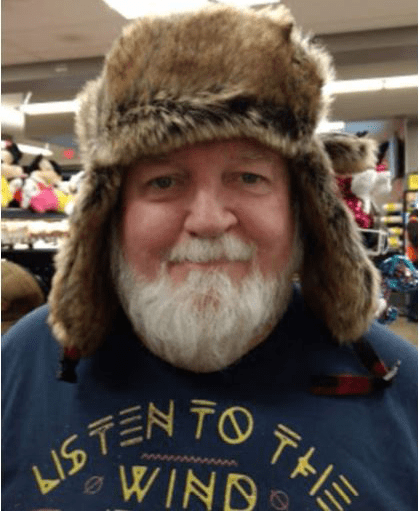 I will probably have some short blogs while we are here doing research for a new book series because there are not enough hours in the day to get everything done that I have on the agenda. So please bear with me. In addition to the new book research, I am gathering lots of blog fodder that I will be sharing with you once we get back home.

In the meantime, here is an oddity for you that we saw outside of Columbus, Ohio the other day. It’s an art car and it was covered with small metal discs that shine and shimmy as it goes down the road. The roof is covered with an assortment of plastic trolls and assorted creatures and what looked like sticks. 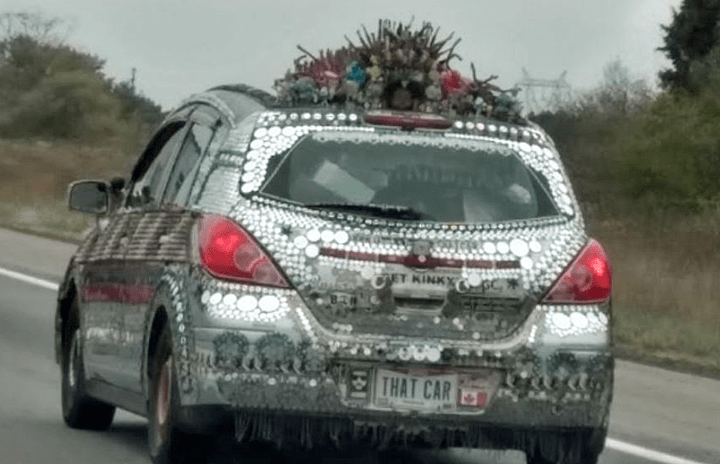 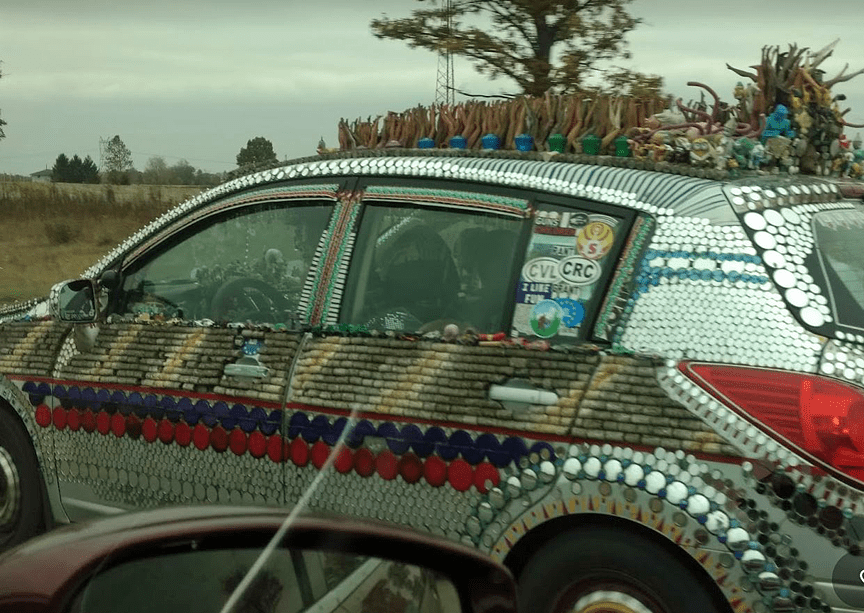 It reminded me of an uncle-in-law I once had who lived in a ritzy golf community. He bought a new pickup truck and parked it in his driveway, and within an hour or so got a visit from the homeowners’ association telling him that the rules said no pickups or Jeeps were allowed to be parked outside of the garage for more than three hours, only licensed and insured passenger cars in good mechanical condition. He told them his Mercedes and his wife’s car were in the garage and pointed out that the truck was brand new and cost more than some of his neighbors’ cars. They told him that did not matter, the rules were the rules and they would fine him $100 a day for every day the pickup was in the driveway past the allotted three hours.

He tried to reason with them, even went to the homeowners’ association meeting to plead his case, but they would not budge. So he parked the truck at his son’s house to get them off his back. Then he carefully studied the association rules and talked to an attorney friend of his, and then went out and bought some huge old boat of a Chrysler or Cadillac or some such from the 50s or 60s with huge tail fins. He painted each tire and wheel a different color, Day-Glow Orange, Day-Glow Green, Day-Glow Pink and Day-Glow Blue. Then he added a dozen or long antennas to the trunk and tied racoon tails to each antenna. He hunted every swap meet around for stuff to add to the car. I don’t have any pictures of it left, but by the time he was done it had about thirty bowling trophies screwed onto the roof, along with dolls, toy animals, and even a gumball machine. The fenders, doors, hood, and trunk were all painted different bright colors, and he had a huge set of steer horns on the hood. And did I mention the musical horn that played Willy Nelson’s On the Road Again?

This was all done at his son’s house before he drove it home the first time. As you can imagine, it did not take long for the homeowners’ association Nazis to come pounding on his door. They demanded he remove that eyesore at once, and he smiled and handed them their own rules, pointing out that the car was licensed and insured, and he also handed them a report from his mechanic stating that it was in proper working condition. Nowhere in their rules did they say anything about how a car looked.

As you can imagine, they went ballistic and tried to fine him, and when their own lawyer pointed out that he was obeying their rules, they quickly amended the rules to ban eyesores like his, However, under the law, since he owned it before they made the rule change, he was grandfathered in. They pissed and moaned about it for several months, and even offered to allow him to park his truck in the driveway if he would get rid of the car, but he would not have any of that. Every week he made it a point to drive it around the neighborhood with the musical horns playing Willy.

I’ve lost touch with him over the years, but I would not be surprised if he still has it and has added even more hardware to the outside of that monster.

Thought For The Day – I did some mechanic work today. I put a rear end in a recliner.

4 Responses to “Baby, It’s Cold Outside!”