A while back I read a hilarious book by Justin Halpern called Sh*t My Dad Says. The author basically wrote down all the things his father said over the years, many of them quite snarky and a lot of them downright hilarious, and put them in book form. It was a hit and made the New York Times bestseller list. If you want something that is laugh out loud funny, get yourself a copy. 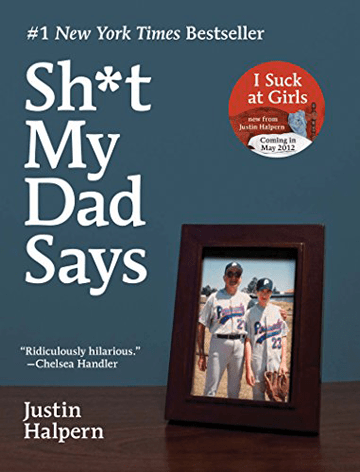 With my own kids coming to visit, I’ve been thinking about my role as a father, and my own dad and the lessons he passed on to me that helped shape me into who I am today. My dad had a limited education but he was always a lover of books and could talk to you about anything from Greek mythology to American history to current events, and could hold his own in any group. He has been gone for almost half of my life, but when I think back about him I am reminded of that old saying that when I was 18, I thought my dad was the dumbest man in the world. But by the time I hit 30, I was amazed at how much he had wised up. 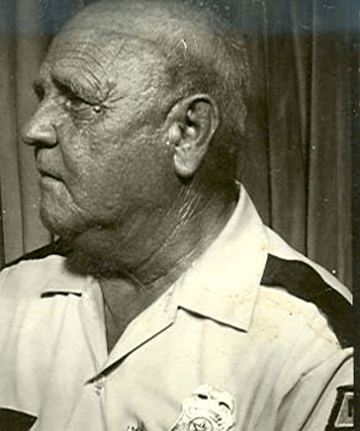 While I love my kids with all my being, I’m the first to admit that I was not a great father. I’ve always been a bit of a workaholic, and learned too late in life that what your kids really need when they are growing up is you there at home with them, not out trying to make a buck to give them things. I was also a single dad, something I never saw coming. And while I made more than a few mistakes along the way, my kids seem to have turned out all right and are gracious enough to have forgiven me for my shortcomings. For that I am eternally grateful.

But back to my dad. He instilled a work ethic in me and a sense of right and wrong, and he taught by example as well as by giving advice. I still remember so much of what he told me over the years. Things like, “You can be anything you want to be and have anything you want to own, as long as you are willing to work hard enough and sacrifice enough to get it.” From an early age I always had some kind of job; mowing grass, shoveling snow, anything to make a few dollars. I think I may have borrowed my dad’s car once or twice when I was a teenager, and I’m not sure why, since I bought and paid for two cars myself, along with a motorcycle, before I was old enough to have a driver’s license. In fact, I still remember the time that a drunk driver T-boned my dad’s car and he had to drive mine for a week or so until he got a replacement. And yes, I told him that if I found out he was speeding, I was going to take the keys away.

Dad always favored the underdog. He told me to never put down someone less fortunate than me because I didn’t know his life and what brought him to where he was today. At the same time, never blindly admire someone just because they have a big house and a fancy car. You don’t know if he worked his butt off for those things or stepped on somebody else to get them.

My dad and mom were married for over 50 years, and while they had their rough times like any married couple, including burying five of their eight children, there was never any question in anyone’s mind about how devoted they were to each other. A lesson I learned early on from my dad and I’ve always followed is to always treat your wife the same way you did on your first date. If you would open the car door for a girl and tell her how pretty she is because she gave you the courtesy of giving you an evening out of her life, why would you do less for the woman who gave you her entire life and her future?

While my dad could cuss a blue streak if you got on his wrong side, you wouldn’t know it unless you were foolish enough to really step over the line. I remember him saying. “Watch your language and what you do. Even if you think nobody is watching, always behave as if your mother is right there beside you.”

Loyalty meant a lot to my dad. It’s something that cops, firefighters, soldiers, and others who have had to trust their friends to watch their back know all too well. He always told me that you can count the number of true friends you will ever have on one hand. Always honor and respect those friendships and stay loyal to them. At the same time, if someone will betray you over something trivial, they won’t be there for you when the chips are down.

He loved people and he loved making them laugh. Another of his lessons was that it takes just a second or two out of your life to hold a door for someone, to compliment them, or to just smile and say hello. But it could make their whole day better.

Though he lived a rough-and-tumble life, my father was a sensitive man, and he didn’t hide that side of himself. I remember him telling me, “Don’t believe that bullshit that a man isn’t supposed to cry. Don’t hide your tears when you are hurting, and don’t hide them when you are happy, either.”

Whether he was talking to a janitor, a politician, or a wealthy businessman, they all got the same respect from my father. But at the same time, he had principles and he would not back down when push came to shove. He told me to show everyone respect, but don’t be a pushover. Stand up for what you think is right, and speak out when you see something wrong. Never back down from a bully. If you run from him today, you will have to run from him tomorrow, and the next day, too.

And more than anything, he always said, “To thine own self be true. Live your days so that when you look in the mirror at night you are not ashamed of the person you see looking back at you. Because you can bullshit the rest of the world, but that guy in the mirror? He knows the truth.”

I’m going to be 67 in just a few days. And when I look back on my life, at my successes and my failures, at my good times and my bad ones, I always remember that man who loved to play his guitar, tell stories, and make people laugh. And I think if I can be half the man he was, and my if kids will look back at me with half the love and admiration I have for him, I’ve done okay. I love you, Dad, and I miss you. Thank you for so many lessons well learned.

Thought For The Day – A father is neither an anchor to hold us back nor a sail to take us there, but a guiding light whose love shows us the way.

5 Responses to “Stuff My Father Told Me”