Nick's Blog » Piddling… Will It Ever End?

No, I’m not talking about my prostate. Though at my age, maybe I should be. The piddling I’m talking about are chores around the house, and we seem to be knocking them out on a daily basis in preparation for my kids getting here on Friday.

Yesterday it was screen doors. We have two of them, one on the front door and one on my office door, which opens onto the carport. The office door is an old wooden affair, and the screen was torn and hanging loose on one end. So we took it off and took it into the garage so Terry could replace the screen.

Before we became fulltime RVers a long time ago, Terry ran a commercial glass shop, doing everything from new construction to storefront, mirror and shower, and automotive glass. And screen doors, too. Me, I’m just the eye candy around here. This is the look Terry gives me whenever I offer to help. We both know I’ll make the job take longer and look worse in the end, but I still go through the motions of asking. If she ever takes me up on it, I have no idea what the hell I’ll do. 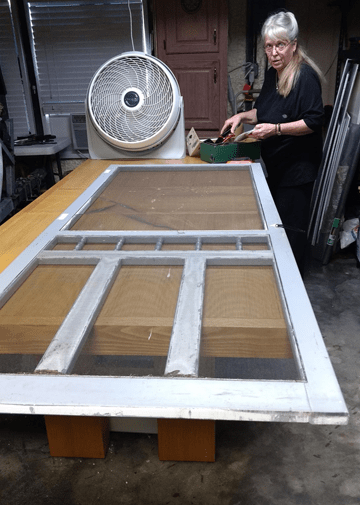 Terry has not worked on a screen door in over 20 years, but she made it look easy as she took out the plastic spline that holds the screen in place and pulled out the old screen. Next she cleaned the channel, laid the new screen over the door, reinstalled the spline, and then trimmed off the excess screen. Rehung, the door looks great. 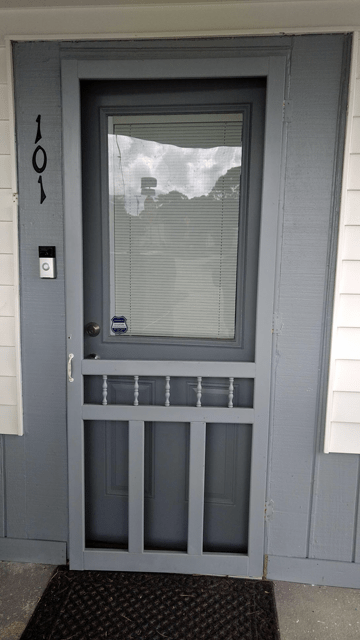 Everything gets rusty when you live this close to the ocean, and maintenance is a regular part of life. We purchased our front screen door at Lowe’s right after we bought the house back in October of 2016, and it has a metal mesh guard on the bottom half, which was getting rusty and looking nasty. 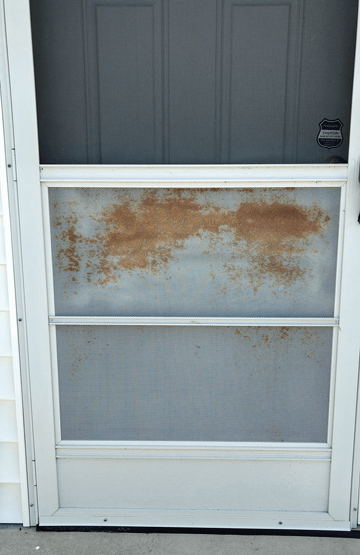 We took the door off and into the garage and Terry removed the screen, then masked off the parts we didn’t want to paint. Then she cleaned the metal mesh with a brass brush, and put two coats of Rust-Oleum on both sides. Hopefully that will keep it looking good for a while. 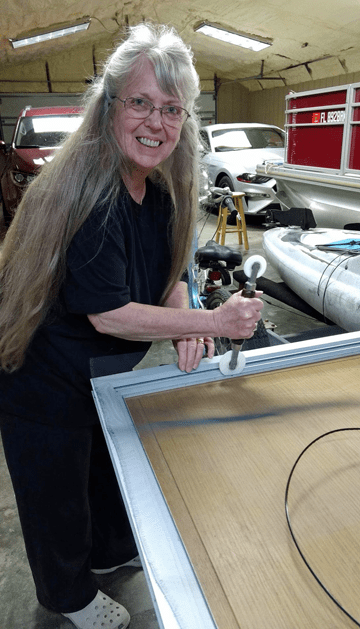 That’s much better, don’t you think? 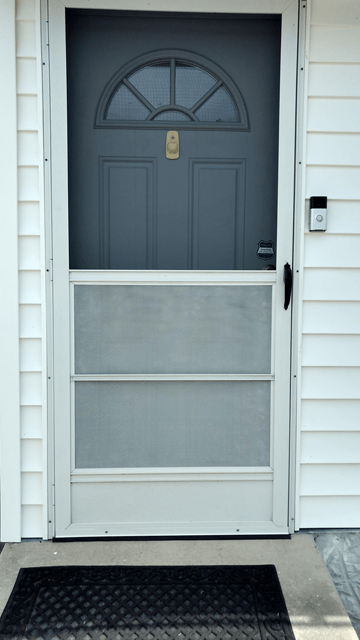 Besides piddling, I dug up some old blog posts that I think you will enjoy while the kids are here and I’ll be too busy to write much, and I also wrote a couple of new ones, too.

While I was doing that, Terry was piddling in the kitchen, making pizza for dinner. And I’m not talking about some frozen grocery store junk, I’m talking about made-from-scratch pizza with sauce and dough that she makes herself and then allows to sit in the refrigerator  for a day or two before rolling out and adding all kinds of delicious ingredients. Now that’s the best kind of piddling there is! 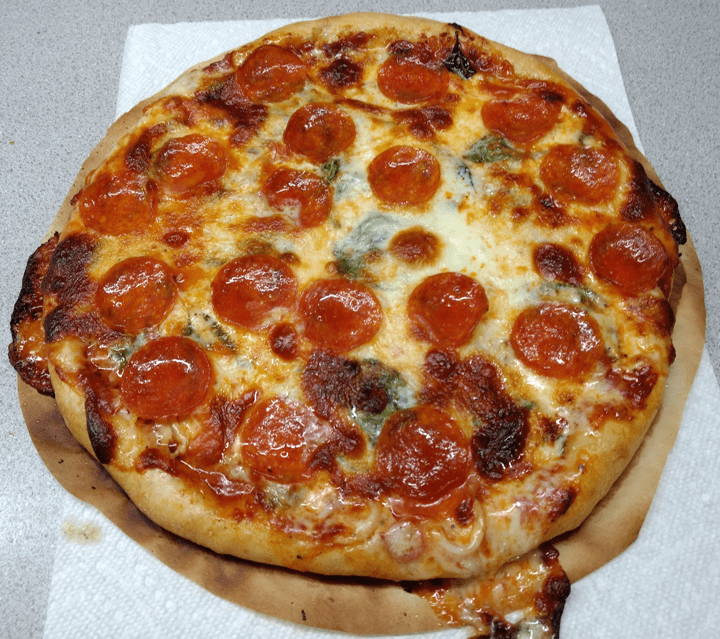 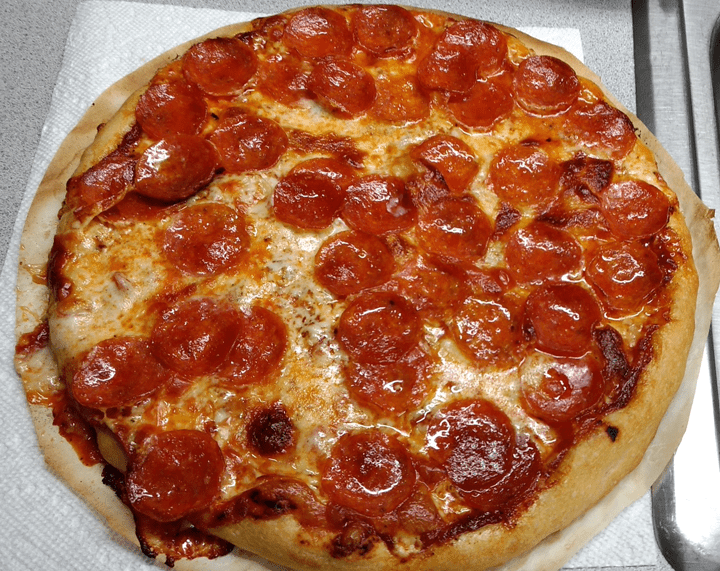 Congratulations Larry Merritt, winner of our drawing for a four-book set of audiobooks from my pal Carol Ann Newsome’s popular Dog Park mystery series. We had 78 entries this time around. Stay tuned, a new contest starts soon. 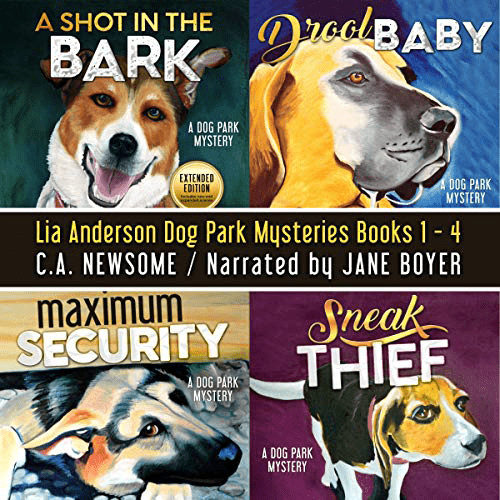 Thought For The Day – I scream, you scream, the cops arrive, it’s awkward.

2 Responses to “Piddling… Will It Ever End?”