As most of you know, Terry and I are night owls. We seldom get to bed before 1:30 or 2 AM, then we usually lay there and cuddle for a few minutes, maybe half an hour, before we kiss each other goodnight and go to sleep.

That was our routine Tuesday night. It was about 2:30 when we started falling asleep. We heard a noise, kind of a whooshing or thumping sound, but thought it was a car door or something like that. Then, about 3:30 Terry got up to use the bathroom and woke me up and said there were police cars and lights flashing everywhere, even police cars on our big concrete parking apron out front.

As it turns out, it wasn’t just police cars. There were also fire trucks and other emergency vehicles. I have no idea how we did not hear the sirens.

This is the reason for all of the activity. A mobile home on the next corner from us exploded and caught fire. My neighbor Mike Smith took this photo of the inferno and shared it with me so I could put it in the blog. Thanks, Mike, I appreciate it! 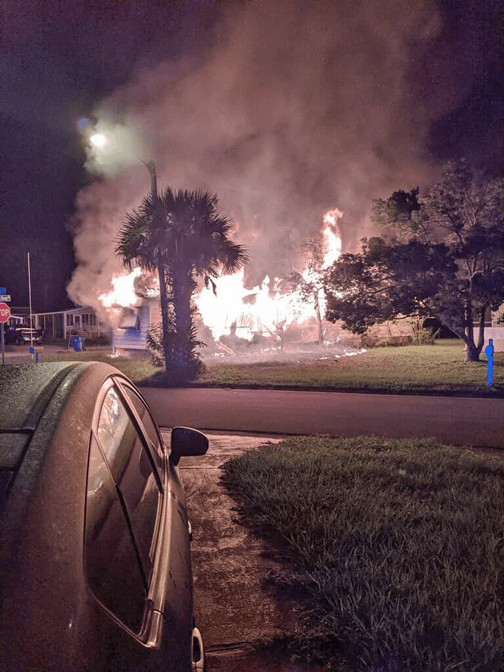 The fire started in the bedroom and they speculate that the lone occupant had been smoking and left a cigarette burning, and there was an oxygen tank there Fortunately, the elderly man who lived there, a Korean War veteran, got out with no injuries, but everything he owned was destroyed.

During our life on the road as fulltime RVers, an RV fire was one of the things that we worried most about. And we actually had two small fires in our MCI bus conversion. Fortunately, we had taken Mac McCoy’s fire safety class a couple of times at RV rallies, and both times Miss Terry extinguished the fires before any real damage was done.

The next morning I walked down to the corner and took a picture of what was left. Not much. Not much at all. It’s a sad thing to see, and even sadder when it’s an older gentleman who served his country and shouldn’t have to deal like things like this at this point in his life. 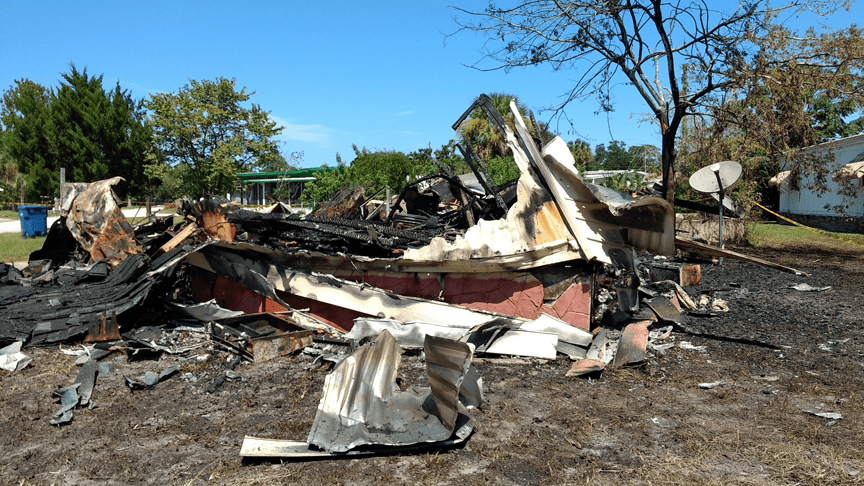 In other news, this morning I have an appointment with the doctor who is supposed to do my biopsy. I’m hoping we can get it scheduled pretty soon. It feels like there is a giant C clamp on my head, attached to both temples, and that every few hours someone tightens it another half turn. The Prednisone and all the other drugs they have me on keep the worst of the pain away, but it’s still not comfortable, and still not fun.

After all that doom and gloom, here is a chuckle to start your day from the collection of funny signs we see in our travels and that our readers share with us. 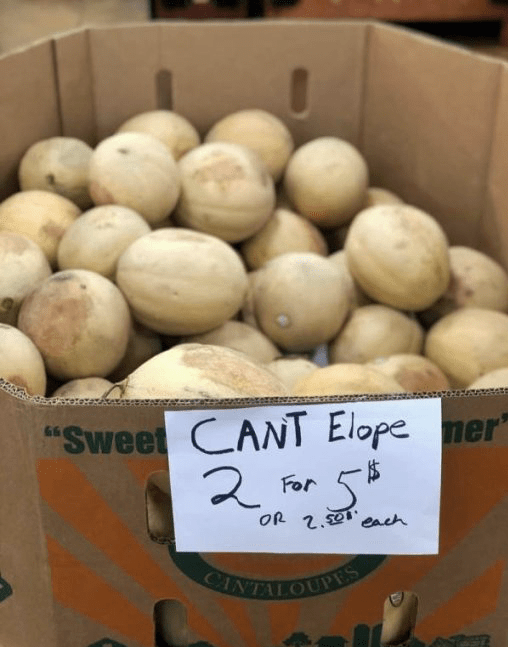 Thought For The Day – The probability of meeting someone you know increases a hundredfold when you’re with someone you’re not supposed to be seen with.