Nick's Blog » Stalked By A Turtle

My neighbor Chris Fisher says that waiting for a hurricane is like being stalked by a turtle. I guess he is right. You know something’s going to happen, but you could fall asleep waiting for it to do its thing.

Terry had a doctor’s appointment yesterday afternoon, and on the way home we stopped at the Publix grocery store to stock up on a few things. They were already running out of water and bread, and I’m sure they will be out of more things before too long. We also noticed a couple of gas stations that were out of gas as everybody fills their tanks and gas cans ahead of the storm. 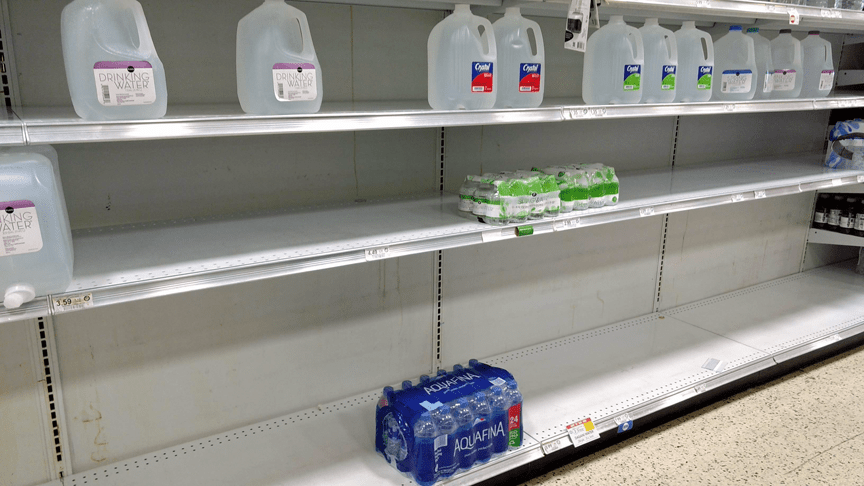 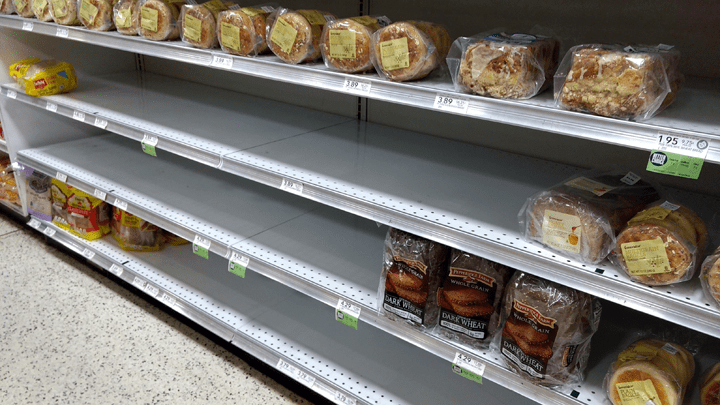 The latest predictions are that the storm won’t hit until Monday, that it will probably hit 75 to 100 miles south of us, and that it is estimated to be a Category 4 by the time it makes landfall. Of course, any or all of that could change at any time. A lot of people have asked if we are going to stay or go, and unless something changes between now and Sunday, we will be riding it out here at home. Our place has stood since 1972, and there have been a lot of storms since then and it still standing. We have plenty of supplies to last us as long as we need to.

We were so busy with running errands and working on some projects yesterday that it was about 7 PM before we realized we had not eaten anything since a light breakfast. So we ran down to Goodrich Seafood, a great off the beaten path restaurant right on the water that is mostly patronized by locals. They have an all-you-can-eat fish fry on Friday nights and the place is usually packed, but I guess everybody was home getting ready for the storm because we were the only people in the main dining room. There were some folks out on the deck overlooking the river, but not too many. 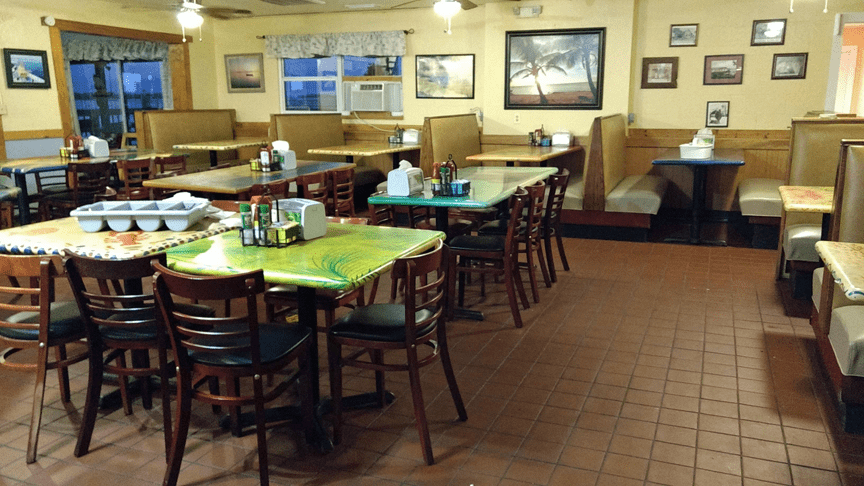 As we were leaving the restaurant Terry noticed a good photo op of palm trees and clouds, so we had to stop and take a picture to share with you. We really do live in a beautiful place. 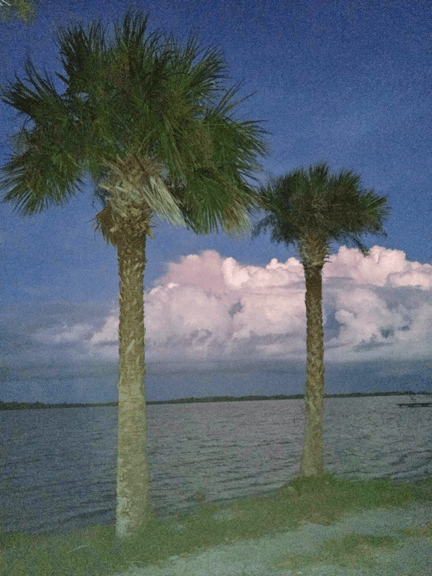 Back at home, we drove down to our dock and were amazed at how many fish were hanging around close to the dock. I don’t know if they are schooling up there because of the storm or not, but I have never seen so many fish there all at once. I could have thrown my cast net into the water and easily pulled in 15 or more each time. The photos aren’t great because they were taken with a phone at night, but the top picture is some catfish, and the bottom are needle fish. Up until now, every needle fish I’ve seen is been in the 6 inch range, but some of these were well over 2 feet long. There was also a dolphin hanging around, feasting on the smaller fish. Did I mention that we live in a wonderful place, in spite of the hurricanes? 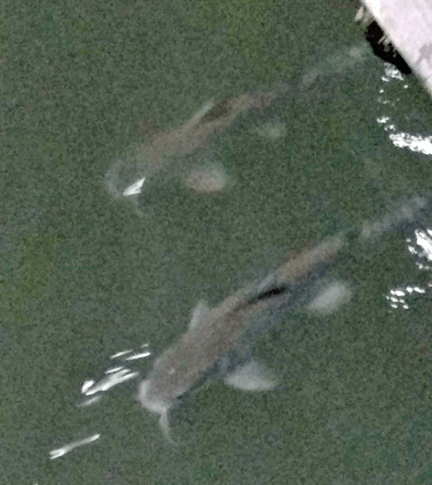 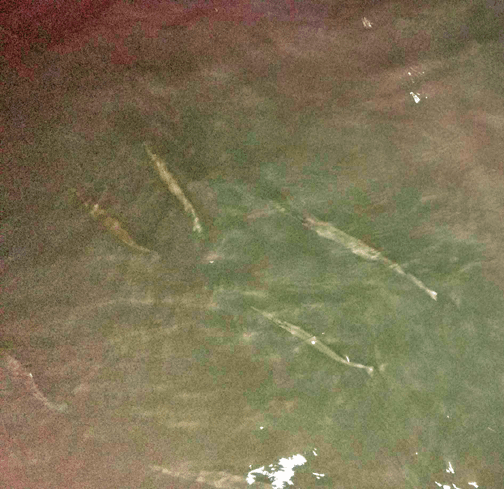 Palm trees and clouds and fish are okay, but here’s the best thing I saw, not just last night, but in my entire life. 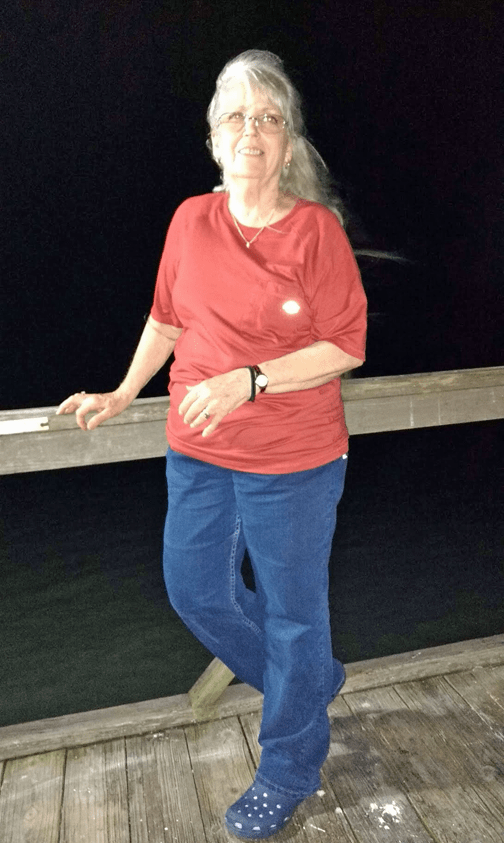 Be sure to enter our latest Free Drawing. This week’s prize is an audiobook of The Green Pearl Caper, the first book in the Damien Dickens mystery series by Phyllis Entis. To enter, click on this Free Drawing link or the tab at the top of this page and enter your name (first and last) in the comments section at the bottom of that page (not this one). Only one entry per person per drawing please, and you must enter with your real name. To prevent spam or multiple entries, the names of cartoon or movie characters are not allowed. The winner will be drawn Sunday evening. 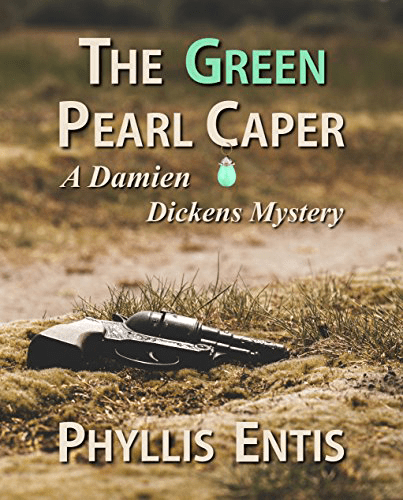 Thought For The Day – I accidentally swallowed some Scrabble tiles. My next poop could spell disaster.

One Response to “Stalked By A Turtle”