Nick's Blog » From Pinkos To Flakes

In my blog a week ago today titled A Couple Of Pinkos, I shared with you that Terry and I both got sunburns while we were down at our community swimming pool. I am a fair skinned, blue-eyed guy and I have always sunburned very easily, and some of them have been horrendous. This one wasn’t quite that bad, but it definitely hurt for a few days.

But now, a week later, the pain is gone but we are both peeling something terrible. My upper back and shoulders are covered with large flakes of skin that peels off and gets on everything I get near. Seriously, I don’t think the biggest snake in the history of the world has ever peeled its own skin off in the quantities that I am doing. It’s everywhere and poor Miss Terry is keeping busy with a Swiffer trying to keep up with the mess. I suggested we just collect it and clone ourselves. Terry wasn’t too impressed with that idea. To be honest, I have a lot of ideas she’s not too impressed with.

We have all heard of small world syndrome, where you meet somebody you have a connection with but never knew it. That has happened to me in so many ways over the years that sometimes it seems spooky. I just had two more happen in the last 24 hours. In one case, I was asking a question about my boat in a Facebook pontoon boat owners’ group and a fellow answered it. He mentioned he is a fishing guide in the flats along Mosquito Lagoon, which is world famous for trophy redfish. We live on the edge of the lagoon and I asked him where he was from. He said Edgewater, Florida, which is where we live. We started comparing notes, and as it turns out, he lives two houses down from me! I have said hi to him a couple of times in passing but we have never talked much.

In the second case, in one of the online crime writers’ groups I belong to there was a question about the recoil of an M-16 rifle. I replied that I was a firearms instructor at West Point and that we typically held an M-16 against our crotch and fired a full 20 round magazine on full auto downrange to demonstrate that the recoil was negligible. Another member of the group, who I have talked to online about books a couple of times, asked when I was at the Military Academy. I told him 1972 to 1974 and he said he was a plebe in 1973, which means I along with five other instructors taught him to shoot! He didn’t remember me and I didn’t remember him, but he said he does remember being intimidated because the range instructors were all “bad ass Vietnam vets with jump wings who had just come home.” How cool is that? I was once a bad ass!

Do you like reading historical romances? They are not usually Miss Terry’s cup of tea, but she recently finished reading a book called East of Orleans by an author friend of mine, Renee’ Irvin, and really enjoyed it. The book is set in the deep South in the 1880s, a time when the South was still reeling from its bitter defeat in the Civil War and vainly struggling to live with post-war Reconstruction. It’s the first book in a trilogy, and I’m sure Terry will be buying the other two when they become available. Check it out! 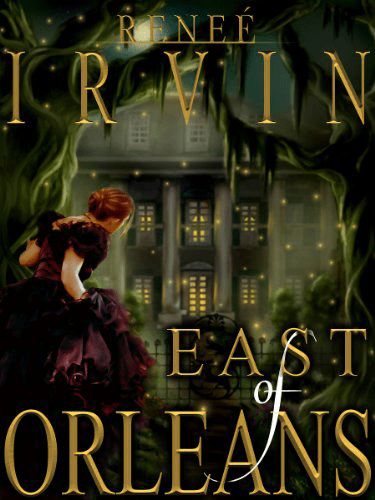 Speaking of books, I got another 3,000 words done yesterday in my newest work, Dead Romeos. I’m past the halfway point and it’s rolling right along. I would be working on it again today, but I’ve got one of many upcoming doctors’ appointments this afternoon, so I won’t be getting much done before we leave the house. But I plan to be back at it tomorrow.

Thought For The Day – They say every piece of chocolate you eat shortens your life by two minutes. I did the math and it appears I died in 1543.

One Response to “From Pinkos To Flakes”