Nick's Blog » A Couple Of Pinkos

During my long career publishing small town newspapers in both the Pacific Northwest and Arizona, I used to always laugh at the response my editorials would get from people. To half of my readers I was a gun toting, KKK cross burning right wing extremist. To the other half of the readership I was a commie pinko fag. And those were the exact terms that were used more than once to describe me, depending on how you felt about that week’s editorial. I kept telling people that there is a place in the middle where common sense lives, but nobody wanted to believe that.

For the record, while I do carry a gun, I have no tolerance for the KKK or anybody else who thrives on hate. At the same time, I’m not a communist, and I think Miss Terry would tell you the fag thing is a myth. However, both of us have to admit to being pinkos right now. Maybe not the kind my readers used to accuse me of being, but we are both definitely pink.

After being run out of the swimming pool on Saturday by a thunderstorm, Sunday morning the sky looked clear so we went down to the other swimming pool in our little private community, which is down by the fishing pier. It was a hot day and the water sure felt good. We were probably in there for about an hour or so, Terry swimming a few laps and me walking around in the water and enjoying the buoyancy and how it made my back feel.

When we got home and were drying off and changing clothes, Terry commented that we both got a little bit of sun. Turns out, we both got a lot of sun. It didn’t hurt much then, but by that evening we were certainly beginning to feel it. Yep, we are couple of pinkos!

The good news is that the new meds my doctor prescribed for me have really helped my back pain a lot. The bad news is that they both make me tired and drowsy all the time, making it almost impossible to write. So, I have the choice of hurting and getting some work accomplished, or not hurting and walking around in a fog. I’m not sure which is better. Since the meds are only a stopgap measure to get me out of the pain until the doctors decide what else to do, I guess I’ll just muddle along the best I can for now.

In other news, I had an online discussion with somebody yesterday who really wants to become a successful author. However, she doesn’t want to waste time or money having her books edited and proofread, nor does she want to waste money on a professionally designed cover. Quite some time ago she sent me the first chapter of one of her books, and I counted 25 typos in the first two pages. That’s when I suggested she get a good proofreader and her response was that most people don’t care about things like that, they just want to read a good story. Then she asked how I managed to sell hundreds and even thousands of books a month because, (in her words) “I’ve read a couple of your books and they’re not all that great.” Maybe not, darling, but whatever I’m doing seems to work for me. As for what might work for you, I don’t have a clue. 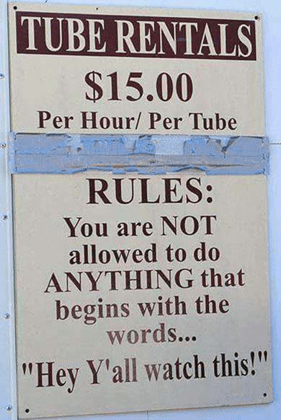 Thought For The Day – I combined alphabet soup and a laxative. I call my new invention Letter Rip.

7 Responses to “A Couple Of Pinkos”