According to the weatherman, we are just about one third of the way through our annual hurricane season here in Florida. The season starts in June and goes through the end of November, so we are about two months down and four yet to go.

But, keep in mind that two hurricanes that hit our area in the three years we have owned our home here on the Central coast didn’t come during the summer months. The first was Hurricane Matthew, in October, 2016. It actually came while we were in closing, and we evacuated, not knowing if we would have anything to come back to close on. While it did a lot of damage, we didn’t have any here at our house. Then, the next year, Hurricane Irma hit our area in September. Several homes in our little subdivision were damaged, but all we lost was one piece of aluminum fascia from the front of our carport. Last year we got lucky and didn’t have anything, and we’re hoping it stays that way this year, too.

But if it does happen we are prepared, with two Honda generators and a good supply of gasoline if we lose power, along with plenty of nonperishable foods and bottled water. And, of course, if something looks really bad, we will get out of Dodge while the getting’s good.

We have several friends who tell us we must be crazy to live in a place where hurricanes are a threat. Those same friends live in the Midwest, where they get tornadoes, and in California, where they get earthquakes. Either of those things can slip up on you in a heartbeat. At least hurricanes have the decency to give us plenty of advance notice that they are coming.

On another note, back when I bought my Mustang, the salesman at Mullinax Ford in New Smyrna Beach showed me several examples of pinstriping a local company called Coachman Pinstriping does for them. He gave me the owner’s name and I reached out to him, but then we got busy with other things and I never got around to scheduling an appointment. I finally contacted him last week and he said he would be here yesterday morning. And sure enough, he showed up right on time, along with two helpers. I told him I didn’t want anything elaborate or gaudy, just some subtle pinstriping. He said he understood and got right to work. It didn’t take them long to do the job, and I’m very pleased with the results. The photographs really don’t do it justice, but I think it looks great. 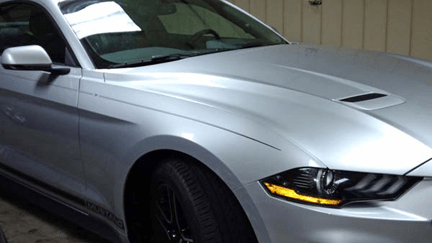 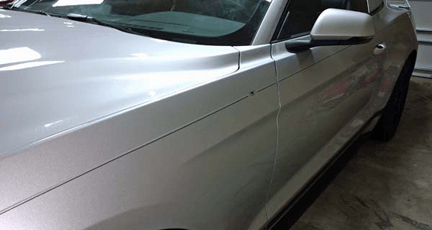 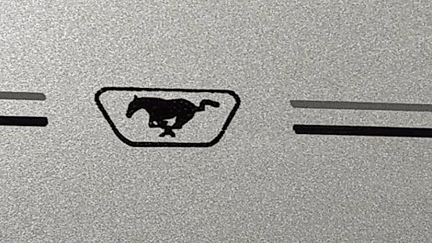 After they left, I spent some time going through emails and answering those that required attention. Then I read through what I’ve gotten done in my new book to date and made any corrections I saw. With that out of the way I wrote another chapter before knocking off for the day.

We are supposed to have quite a bit of rain for the next three or four days so I’ll probably spend most of that time writing. Hopefully I can get a lot done.

And in closing, here’s a chuckle to start your day from the collection of funny signs we see in our travels and that our readers share with us. Given the heatwave that’s been baking so much of the country lately, it seems appropriate. 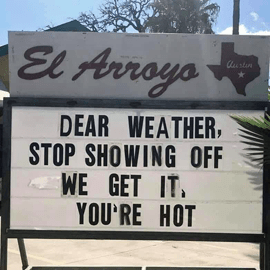 Thought For The Day – I’m not saying you’re stupid, I’m just saying you have bad luck when it comes to thinking.