Imagine being a young person who wants to serve your country in time of war. Imagine having to fight just to enlist, and then proudly wearing your uniform to town on your first pass and having people curse you, spit on you, and throw things at you. How would that make you feel about the country you just pledged your life to defend?

You may think I’m talking about Vietnam veterans, and Lord knows that many of my brothers and sisters who served in that war certainly got treated terribly when they came home. But the servicemen I’m talking about experienced their own war here at home even before shipping overseas to fight the enemy before many of us were born.

In the months leading up to the Japanese attack on Pearl Harbor that brought us into World War II, our military leaders knew we were going to be drawn into the battle and begin preparing for what was to come. Realizing there was a need for trained pilots, in July, 1941, America’s first class of African-American aviation cadets arrived at the Tuskegee Institute in Alabama to begin training. 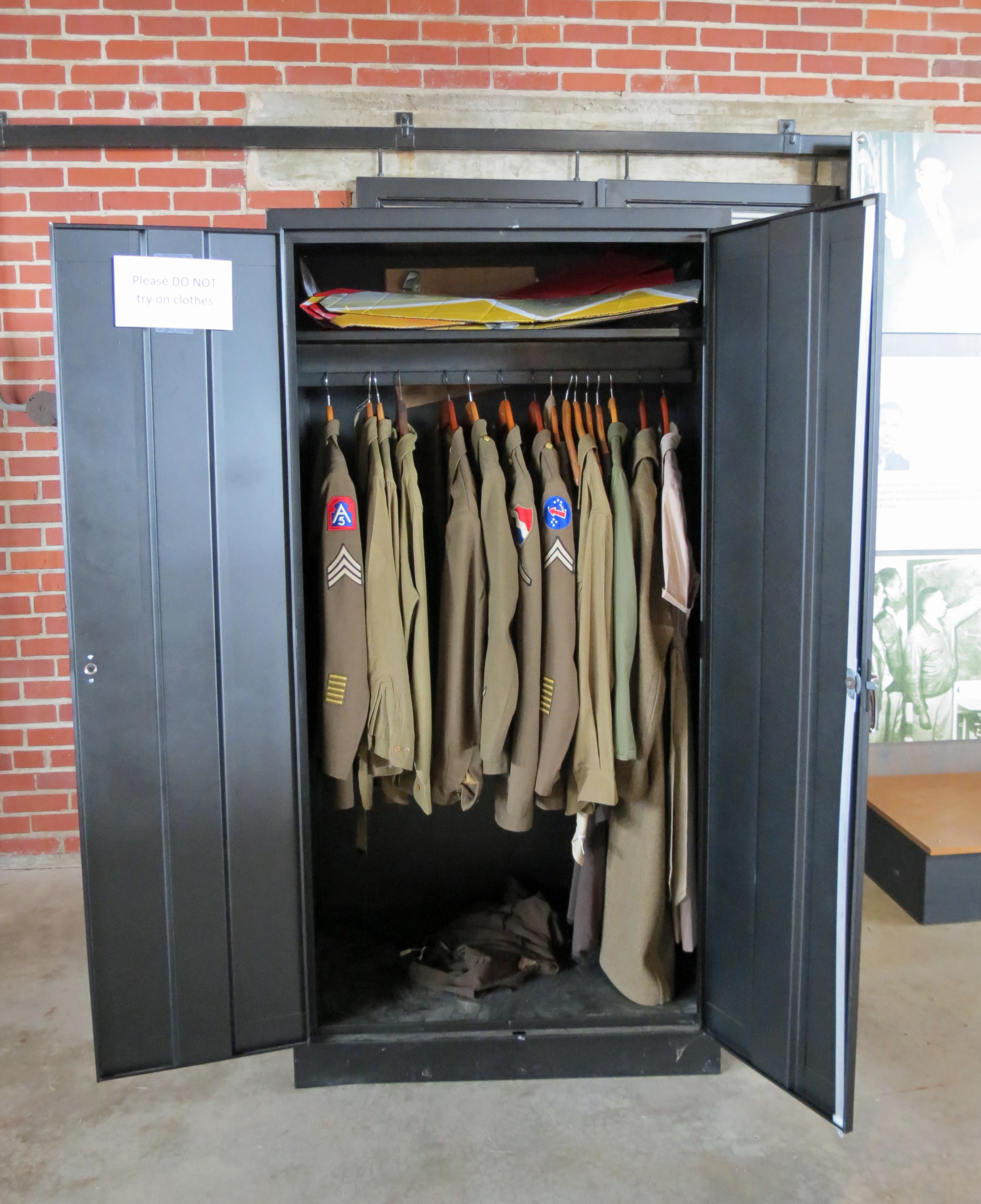 The very idea of black men serving in combat units created a lot of friction among the upper ranks of the military. Until then, with only a few exceptions, black soldiers and sailors were assigned to menial tasks such as loading and unloading cargo, working in mess halls, and as laborers. More than a few high-ranking officers not only did not believe African-Americans were capable of serving their country in any other capacity, they were committed to making sure they never had the opportunity to prove otherwise.

These were the days of Jim Crow, when black people were sent to the back of the bus, could not use water fountains or restrooms reserved for whites only, and in some places were physically attacked, even lynched, for any real or imagined affront to white society. But still, young black men from sharecropping farms, from small towns, and from large cities answered their nation’s call.

Just getting to Alabama for training could be a harrowing experience. They were packed into little more than cattle cars on trains, not allowed to eat with white passengers, and often cursed or attacked due only to their color. Still they came, refusing to be held back.

This group of brave cadet pilots underwent rigorous training at Tuskegee Institute and at nearby Moton Field before moving on to advanced training at Tuskegee Army Airfield. First up after ground school was practice in a simulator like this, where they learned the basics of an airplane’s controls and how they operated. 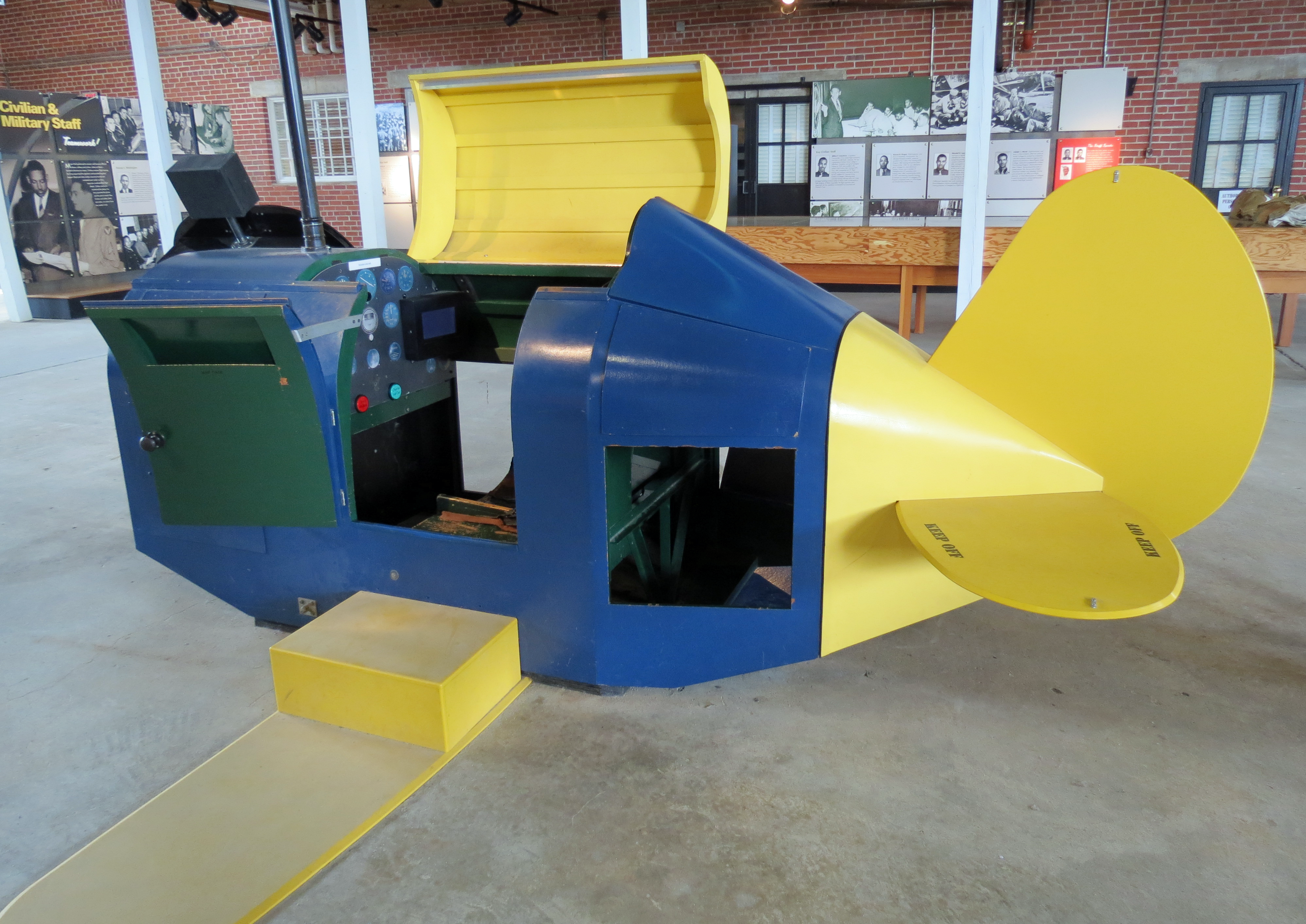 Then they moved on to actual flight training in biplanes and single wing aircraft like these. The washout rate was high, but they persisted. By the time those first cadets earned their wings and qualified as pilots the war was on and they were eager to get into combat. Still, they were held back. While white pilots with half as much instruction were sent overseas, the military seemed to be looking for every excuse they could find not to send the African-American pilots into the conflict. 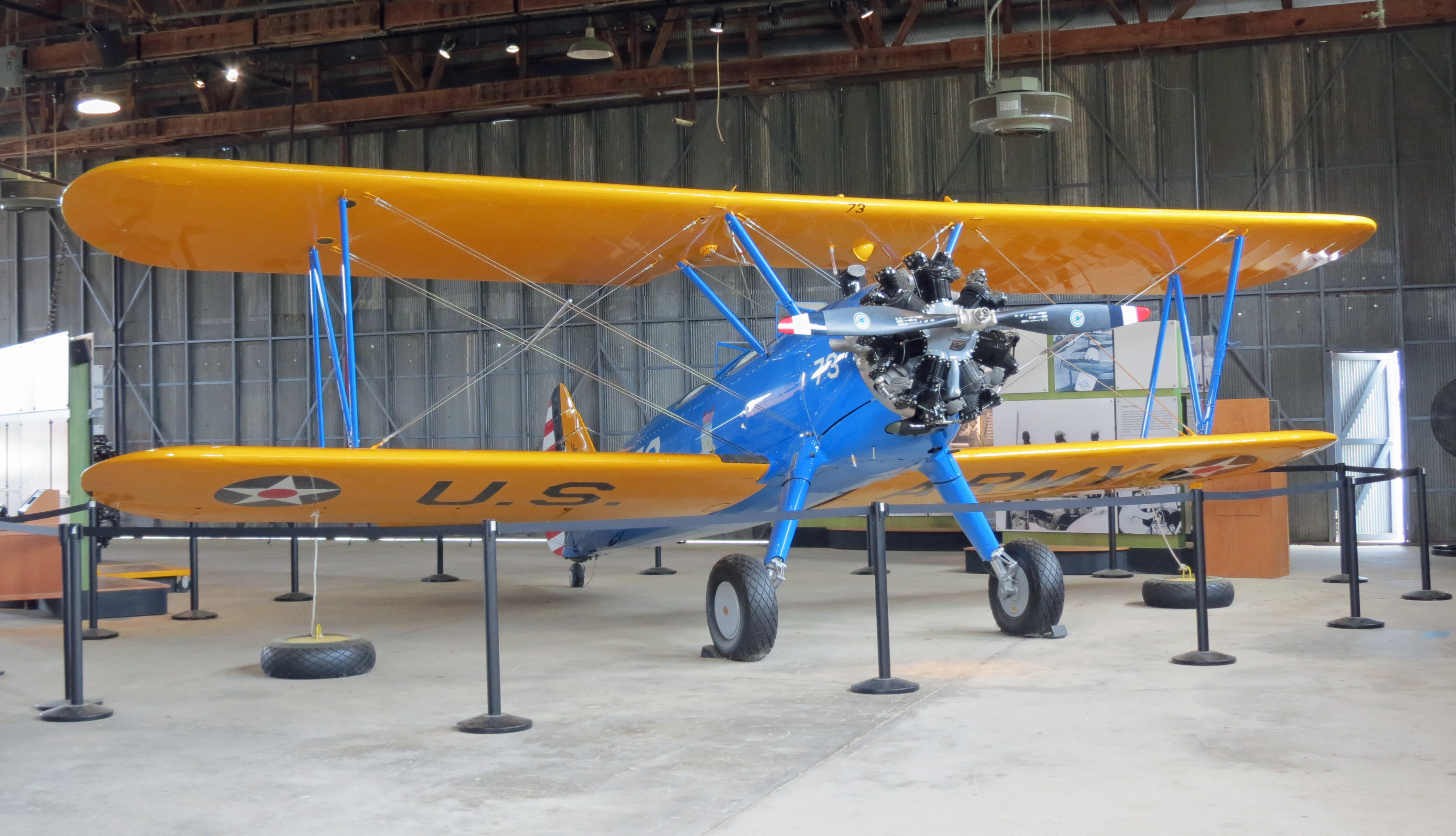 Meanwhile, they were harassed by civilians and the military alike. While stationed at one training base in Indiana, the white commander refused to allow them to use the officer’s club or to be housed with white pilots. At one point, this turned into a near riot, and a number of the African-Americans were arrested. Only on direct orders from the White House were they released to continue their training.

Despite all of the roadblocks thrown in their path, these brave pilots did go to war, serving first in North Africa and then on the European mainland in the segregated 99th Fighter Squadron, and later in other segregated units. The 99th started out the war flying Curtiss P-40 Warhawk fighter-bomber aircraft before eventually transitioning to the faster, more powerful North American P-51 Mustang. They painted the tails of their aircraft red and were known to friend and foe alike as the Red Tails.

No matter which of the several units the pilots eventually served in, they all became known as the Tuskegee Airmen. And despite the naysayers, they were absolute terrors in the sky, never hesitating to engage German fighters no matter how outnumbered or outgunned they might be. More than one Allied bomber crew owed their very lives to these valorous pilots who were always eager to tangle with German fighters who might harass flights of bombers on their way to their targets and back.

Approximately 1,000 African-American pilots served in the Tuskegee Airmen during the war years, and they racked up an impressive record. By the end of the war they had flown 1578 combat missions, shot down 112 enemy aircraft and destroyed another 150 on the ground, along with nearly 1,000 railroad cars, trucks and other motor vehicles. They were also credited with disabling an enemy destroyer and sinking or disabling 40 other boats and barges. The Airmen suffered losses, too. 84 pilots were killed during the war, and another 32 were shot down and taken prisoner.

Unfortunately, though they had proved their merit in combat, things had not changed on the home front. Lieutenant Colonel Alexander Jefferson recalled how when the ship bringing them home sailed into New York Harbor, past welcoming flags and the Statue of Liberty, he walked down the gangplank to set foot on American soil, only to be told by a white soldier at the bottom, “Whites to the right, niggers to the left.” No matter what they had done for their country, no matter how many ribbons they wore on their chests, back in the land they fought for, the only thing anybody saw was the color of their skin.

Today the Tuskegee Airmen National Historic Site, located at their own training grounds, Moton Field, a few miles east of Tuskegee, Alabama, honors the brave men who trained there to earn their wings and the chance to prove themselves. Exhibits in two hangers include training equipment, a PT-17 Stearman bi-plane and other aircraft, and signs and displays telling the story of the Tuskegee Airmen at home and at war. A visit to the site will not only help you understand the struggles they went through not only to qualify as pilots, but to someday help their people in the right to be considered equals in the land of the free and the home of brave. 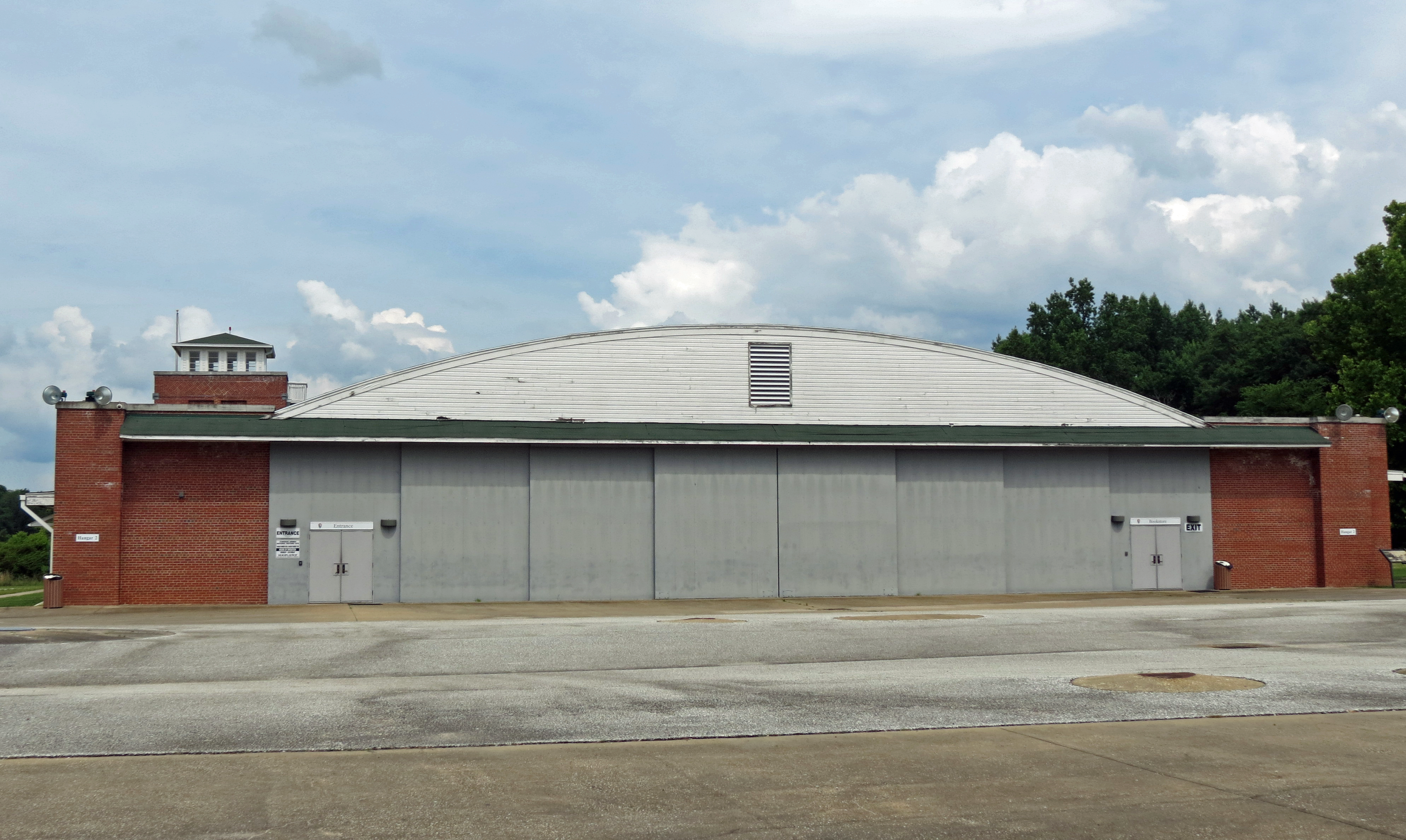 The site is located at 1616 Chappie James Avenue in Tuskegee, and is open Monday- Saturday from 9 a.m. to 4:30 p.m. The site is closed Sundays, Thanksgiving, Christmas, and New Year’s Day. There is room to park any size RV at Moton Field while you visit.  For more information, call (334) 724-0922.

Thought For The Day – My favorite childhood memory is my back not hurting.

One Response to “Tuskegee Airmen”