Some of you are probably aware that I collect badges. My main interests are police badges, like these. 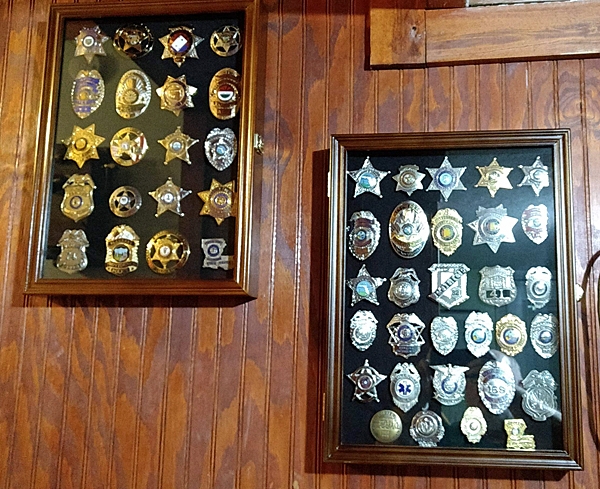 Or this display that focuses on my father’s career. 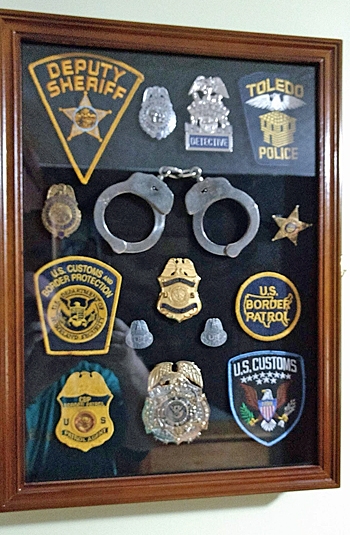 But I also collect other badges, including chauffeur badges, taxicab driver badges, company employee badges, and whatever happens to catch my fancy. Several blog readers have been kind enough to send me badges from their working lives or that they acquired somewhere along the way. Besides what you see here, I have enough to fill another display case as soon as I get around to ordering it. 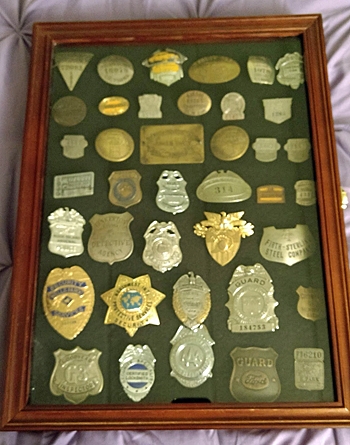 Recently I acquired two badges that have a connection to my own youth. From the time I was about 13 years old through my first two years of high school I delivered newspapers for the Toledo Blade, in Toledo, Ohio. I had over 200 customers, and in those days parents didn’t take you around to deliver your papers, you walked or rode your bicycle. And it didn’t matter whether it was a blistering hot summer day, the middle of a snowstorm, or raining cats and dogs. The circulation managers pounded it into our heads that just like the mail, the newspaper had to be delivered, too. And occasionally some thug or group of thugs would rob one of us when we were collecting from our customers on Friday.


And while we might grumble about the weather or deadbeat customers among ourselves, we had it easy compared to the boys that delivered newspapers before us. Back in the 1890s through the 1930s, life for newsboys in any big city was difficult at best. Many were orphans trying to make enough money to survive, others came from poor families and the pennies and nickels they brought home helped to feed the family, and many newsboys’ families were so dysfunctional that they preferred to live on the streets and avoid the problems in the rundown tenements their parents called home. 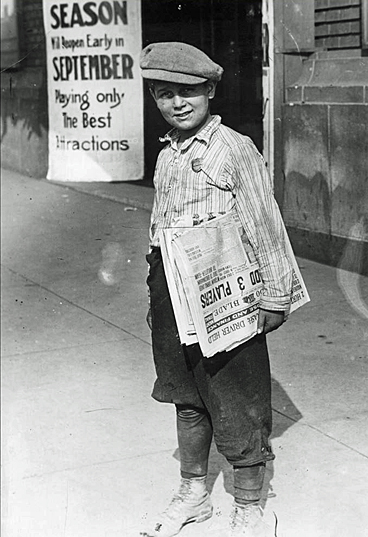 Enter John E. Gunckel, a passenger agent with the Lake Shore & Michigan Southern Railroad, who had an office at the railroad depot in Toledo. He made friends with several of the boys who hung around the station hawking newspapers and believed that somebody had to do something to make their lives easier. So, on December 25, 1892, Gunckel held a Christmas dinner for over 100 newsboys at the Marine Building in downtown Toledo. 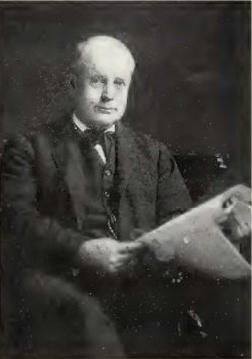 It was at that dinner that he proposed organizing a club for the boys, which would be called the Toledo Newsboys Association. Gunckel’s goal was to give the boys a sense of community and to instill a moral code in them that emphasized the values of hard work and good citizenship. A set of rules was drawn up for the boys to follow, including: no cursing, no drinking, no smoking, and no gambling. The Association was open to any boy between the ages of 9 and 17 and there were no initiation fees or dues. Each boy received a membership card and a badge like this to wear on their lapel to let customers and the business community know that these were not your typical ruffians who might be pickpockets or shoplift whatever they could get their hands on in addition to selling newspapers. The badges were shaped like a lucky acorn that Gunckel always carried in his pocket. 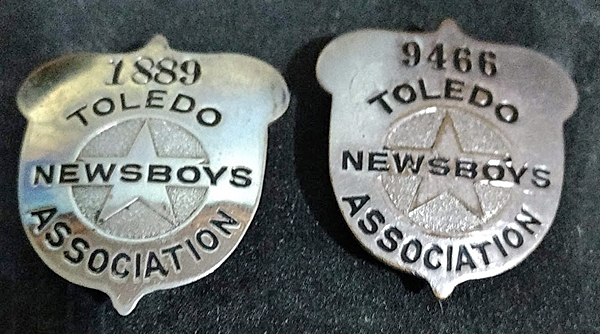 To raise funds for the new organization, Gunckel called on leading business people in Toledo and asked them to help sponsor “his boys.” In seeing the changes he had made in their young lives, many of the people he solicited were willing to reach into their pockets to help make the group a success.

Gunckel organized some of the newsboys into a marching band, which participated in Theodore Roosevelt’s inaugural parade. Over time the organization acquired land in downtown Toledo and built the Newsboys Association Building. It was a massive affair that included a 1200 seat auditorium, a 350 seat lecture hall, gymnasium, library, swimming pool, and kitchen. Weekly lectures and special events focused on good citizenship, personal hygiene, setting goals for their life, and education.

The club was so successful that before long newsboys associations were organized in many large cities in the United States. In 1904, with the support of newspaper circulation managers nationwide, the National Newsboys Association was organized and John Gunckel was chosen as its first president.

Just as John Gunckel had hoped, the group he formed did indeed have a positive impact on the young boys of Toledo. Many of them went on to become business leaders in the community, or made names for themselves far from the cold, sometimes hostile streets they grew up on. Among them were military leaders, politicians, bankers, doctors, lawyers, and entrepreneurs. Two Hollywood stars, Danny Thomas and Joe E. Brown, both of whom had roots in Toledo, proudly told people throughout their lives that they had been among “Gunk’s boys.”


John Gunckel became a father figure and role model to hundreds, if not thousands of boys over the years, many of whom had no father at home. He died in 1915, but his legacy lives on today. Over time the Toledo Newsboys Association was renamed the Toledo Boys Club. The club expanded to include girls in 1982 and was later renamed the Boys and Girls Club of Toledo. Today the club has over 6,000 members who take part in its programs for disadvantaged youth.

Two years after Gunckel died, the newsboys honored him by erecting a 26 foot tall pyramid in Toledo’s Woodlawn Cemetery. Over 10,000 stones from around the world were collected to go into its construction. A copperplate on the pyramid bears this inscription: THE NEWSBOYS FRIEND JOHN ELSTNER GUNCKEL 1846 – 1915 “There was a man sent from God whose name was John.” TOLEDO HONORS A Citizen without reproach A Friend without pretense A Philanthropist without display A Christian without hypocrisy. 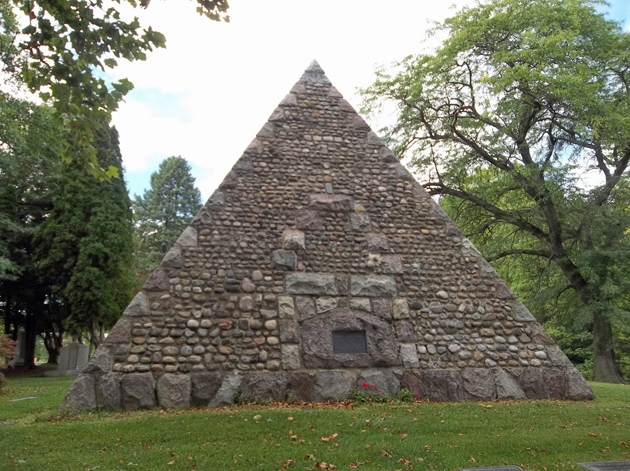 But the story of the Toledo Newsboys Association does not end there. In 1929 a group of former Toledo newsboys organized into the Old Newsboys Goodfellows Association to provide help for children in need. All it takes is a phone call from a school administrator, police officer, fire official, or neighbor to report a child who needs help and the group responds immediately without the delays of red tape that can slow things down through “official channels.” Every year the group raises money to cover the cost of new clothing and shoes for needy children, to deliver food baskets to families who are going through difficult times, and to provide college scholarships for local high school seniors who otherwise would not have the opportunity to continue their education.

While John Gunckel may not have lived long enough to see the impact he had on so many lives, I think even today he is looking down and is very proud of what “his boys” have accomplished.

Thought For The Day – Well done is better than well said. – Benjamin Franklin