Nick's Blog » From Slave To Scientist

Born into slavery sometime in the early to mid-1860s in Missouri, George Washington Carver recognized the value of an education at a very young age. In that time and place in America it wasn’t an easy goal to achieve, but we can all be grateful he never gave up on his quest for knowledge. It led to many inventions that have made life easier for millions of people.


Moses Carver, a German American immigrant who owned young George, along with his parents and siblings, was by all accounts a good man. A week after George was born, he, his sister, and his mother were kidnapped by raiders who made a living rustling slaves, just like others might steal cattle or horses. Moses Carver hired someone to recover the missing slaves, but only George was saved, his mother and sister being sold to plantations in another state. When slavery was abolished, Carver and his wife Susan raised George and his older brother James as if they were their own children. Recognizing his thirst for knowledge, Susan Carver taught him to read and write.

Even with the end of slavery, life for black people in America was difficult. Many schools would not accept black students, and more than once young George was turned away when he tried to attend classes at various schools. But he persevered stubbornly and eventually earned a Masters degree from Iowa State Agricultural College, which is now Iowa State University. From his first lessons in his ABCs through college and graduate school, teachers recognized how brilliant their young student was.

Someone else who recognized his talents was Booker T. Washington, the founder of Tuskegee Institute in Alabama. He encouraged George to come there to teach and to carry on his agricultural research, and for the next 47 years George Washington Carver achieved one accomplishment after another. He dedicated his life to education and to helping poor farmers in the South, teaching them the importance of crop rotation and developing other crops that would do well in the soil that had been depleted by generations of cotton farming. He even developed a mobile classroom that went from farm community to farm community, spreading the word about new ways to make a living from the land. 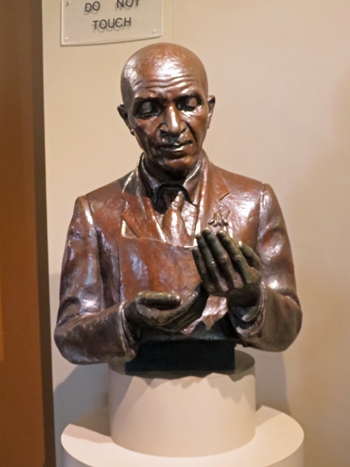 One of the crops that Carver took an interest in was peanuts, developing hundreds of ways to use the plant, from food to medicines to livestock feed, cosmetics, pigments for painting, and industrial applications. His work and research have been credited with helping Southern farmers pull out of the dark days of slavery and Reconstruction. 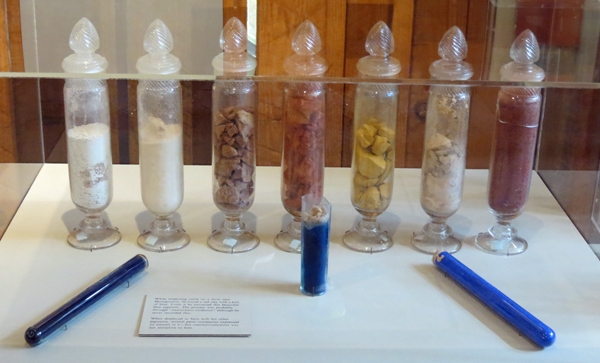 George Washington Carver died on January 5, 1943, following a fall at his home. Though no one is certain of his exact birth date, most accounts say he was 78 years old at the time of his death. He is buried at Tuskegee Institute next to Booker T. Washington, his longtime friend and mentor. The inscription on his gravestone says “He could have added fortune to fame, but caring for neither, he found happiness and honor in being helpful to the world.”


Today his legacy lives on at the George Washington Carver Museum, located on the campus of Tuskegee University. The museum is managed by the National Park Service as part of the Tuskegee Institute National Historic Site, and visitors can see short videos on the lives of both George Washington Carver and Booker T. Washington, take a self-guided tour to see many of Carver’s inventions, products made from peanuts, sweet potatoes, and soybeans, and to learn more about his life. 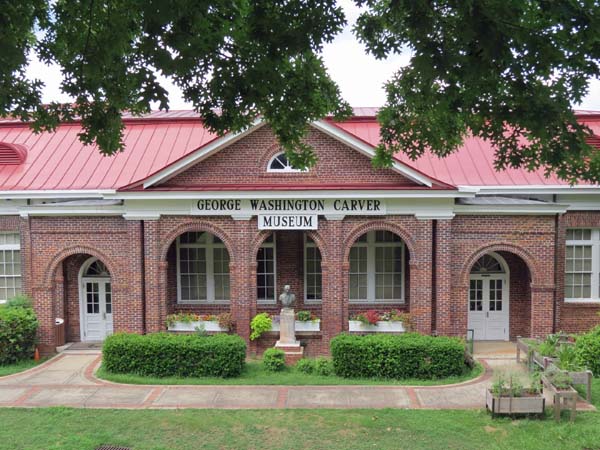 Included in the museum’s displays are photographs of Carver and his many students, along with some of the many awards and accolades he received from colleges, universities, agricultural organizations, industry, and the government over the years. 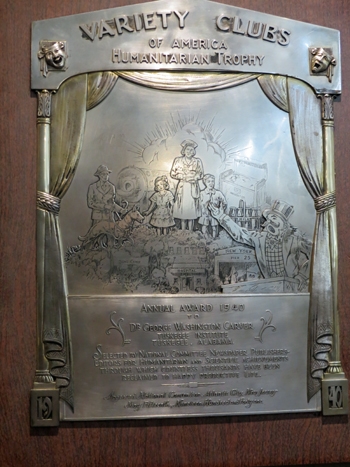 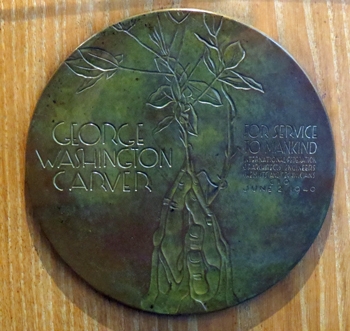 There is also an example of one of the wagons he used to take to various rural communities to show the products that could be made from simple crops, and a truck that was used as one of his mobile classrooms. 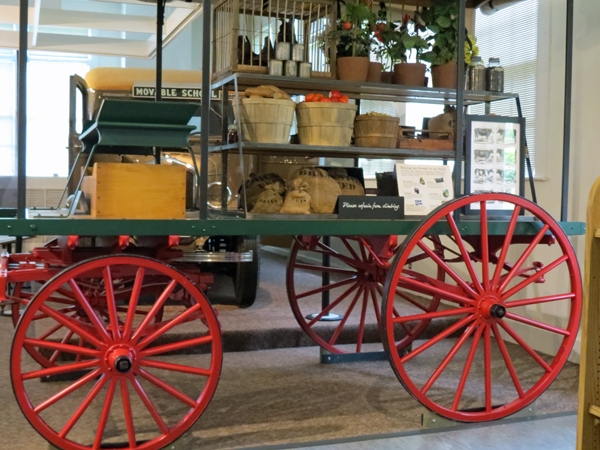 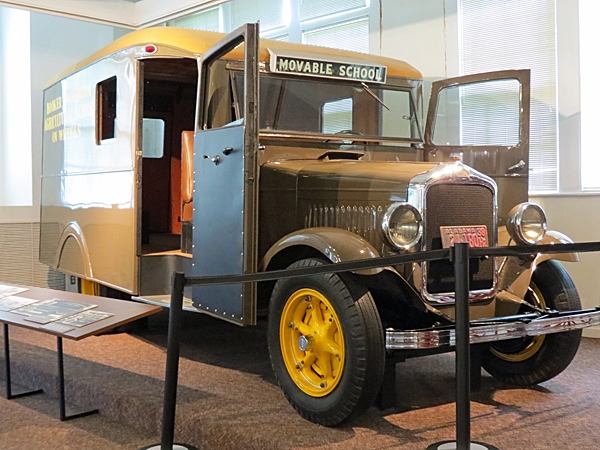 Carver was also an artist and a rock hound, and displays at the museum include some of his rock collection, along with exhibits of his paintings, embroidery, and needlework. 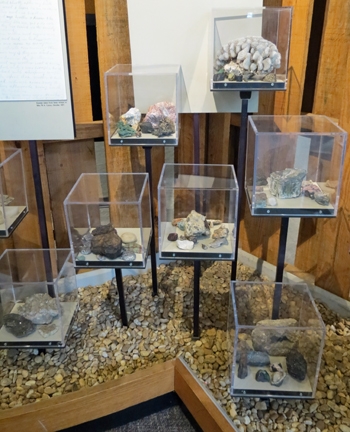 The George Washington Carver Museum is open year-round Monday – Saturday from 9 a.m. to 4:30 p.m. It is closed Thanksgiving, Christmas, and New Year’s Day. Admission to the museum is free, and there is a free parking garage adjacent to the museum building that will accommodate cars and SUVs. Finding a place to park an RV on campus would be difficult at best. For more information, call (334) 727-3200. The museum and the nearby Tuskegee Airmen National Historic Site, which I will be telling you about another blog post, were both fascinating and well worth taking the time to visit.

Thought For The Day – An investment in knowledge always pays the best interest. – Benjamin Franklin

One Response to “From Slave To Scientist”