Except for some appointments with the doctor and the chiropractor, we haven’t been out much in the last week or so because it’s been so bloody hot here. If you live in Florida, just like people who live in Arizona and other places with intense heat, you learn to appreciate the benefits of staying home in the air-conditioning. But, sometimes you get cabin fever and have to do something about it. Yesterday was one of those days.

I had been jonesing for some shrimp fried rice from Leanh’s Chinese restaurant in Daytona Beach and told Terry on Saturday that we needed to take a Sunday drive over in that direction. It was only when we were ready to walk out the door yesterday that I decided to check and see what Leanh’s hours were and discovered they are closed on Sundays. Well, darn it! Oh well, we had some other things we wanted to do, so we decided to make the most of it.

Since it was a nice day for a drive, we took my Mustang EcoBoost. When I bought it eight months ago this week, I said it was just going to be my toy car, not a daily driver. And that’s pretty obvious, because yesterday I purchased the second tank of gas for it since I bought it, and after we got home from running around yesterday the odometer was at 772 miles. But I sure do love driving it! 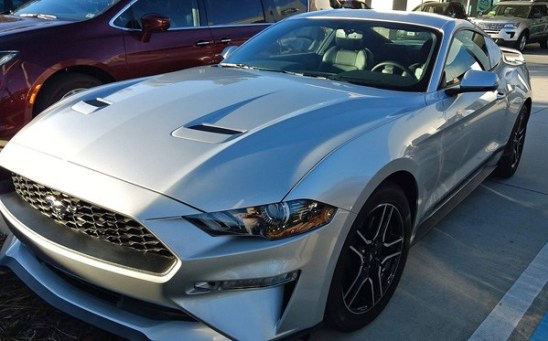 Our first stop was at Nicole’s Beach Street Mall in Daytona Beach. This place used to be a very nice antique mall, but over the last year or so it seems to have morphed more into an artsy fartsy décor kind of place. They still have some antiques, but more and more, the vendors there seem to be gravitating towards things that really don’t interest us. Lots of old custom jewelry, artwork, decorator items, and things like that.

Terry did find what appeared to be a nice brass Aladdin oil lamp, but when the man took it down from the high shelf it was on, closer inspection revealed that it had been electrified and was not in all that great shape. Terry has enough spare lamp parts to get it back pretty close to original condition, but at the price they were asking, it would not have been worth it.

Even though we both have Kindle Paperwhite ebook readers, we still love browsing in bookstores, so our next stop was at Books A Million on International Speedway Boulevard. I didn’t find anything there I had to have, but Terry did find a knitting  book and magazine.

From there we went a couple of blocks further west to Michael’s. I was looking for some shadow boxes to display more of my badges, and on their website they had a special with three 8×10 boxes together for 50% off, dropping them down from $30 to $14.99. The website said you could order online and pick them up in the store, but I wanted to see them first. As it turned out, they would do what I wanted, but the in-store price was $30. I spoke to the lady behind the counter in the framing department and she said if I ordered them online it would take about 90 minutes for them to process the order, even though we were standing right there. I didn’t really want to wait that long, so she worked some kind of magic with the scanner and was able to give me the online sale price. That was nice of her.

While Leanh’s was closed, Miss Terry pointed out that we were only a couple of blocks from Hibachi Grill & Supreme Buffet, another favorite of ours. Well, okay dear, if you insist.

If you live in the Midwest, you have a snow shovel or maybe a snowblower. If you live in Florida, you have tarps. I believe the Florida state flag is actually the blue tarp. After any hurricane you will see them covering roofs all over the state. We don’t anticipate any problems, but you never know, so I wanted to get some more tarps, just in case. After we ate we stopped at Lowe’s and picked up a large tarp and a couple of other things.

As we were leaving, we spotted this large motorhome towing a travel trailer parked off to one side of the parking lot. My first thought was that it must be a mother-in-law’s quarters. Who knows? Maybe they just have a bunch of kids.

Years ago we still had our Fleetwood Pace Arrow Vision, the Motorhome From Hell, when we purchased the MCI bus we converted into an RV. We were going from Texas to Michigan, where we did a lot of the early work on the bus while parked at my cousin’s house in Traverse City. Terry was driving the motorhome towing our Toyota pickup, and I was driving the bus, and somewhere along the way we pulled into a Flying J for fuel. We got out of the two rigs and Terry gave me a kiss before she went inside to have them authorize the two pumps on the same credit card. I started filling the tanks and a fellow who had pulled in behind us in a small Class C motorhome said he just had to ask why we had two RVs. I told him that we were married and we loved each other, and we loved to travel, but we just couldn’t stand being cooped up inside an RV with each other all day long. So our marriage counselor told us that the best thing to do was for each of us to have our own RV, travel together, and have conjugal visits at night. He seemed to accept that fact. Why not?

Congratulations Ron Ballard, winner of our drawing for an audio book of undone, the first book in my buddy Jason Deas’ new Burt Bigsley mystery series. We had 45 entries this time around. Stay tuned, a new contest starts soon!

Thought For The Day – Deaf people probably don’t understand why farts are funny.

2 Responses to “A Sunday Drive”