If you live in Alabama you have to be a football fan. In fact, I think a requirement to graduate from middle school is to be able to recite from memory the names of all of the great Alabama football players and coaches, starting back in the days of Adam and Eve, assuming they played football back then. And if the Garden of Eden was anywhere near Alabama, they did.


The epicenter of Alabama football seems to be Tuscaloosa, home of the University of Alabama. You can’t drive or walk for a block anywhere in Tuscaloosa without seeing a sign or bumper sticker saying Roll Tide. Here the Crimson Tide is more important than food, water, or oxygen. So, it should be no surprise that the Paul W. Bryant Museum, honoring legendary coach Bear Bryant and Alabama football is located on the University campus. 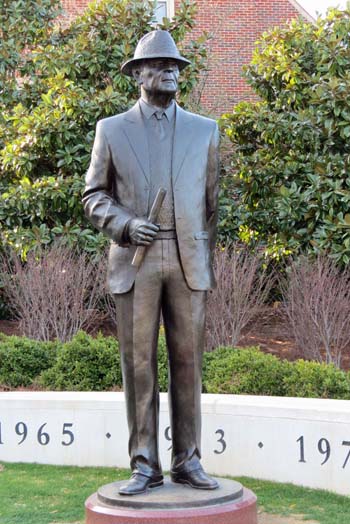 It’s a major attraction in Tuscaloosa, but my son Travis and his wife Geli wanted to show us some other sites around town that might not be on tourist brochures put out by the Chamber of Commerce.

One stop on the University campus was at the former Alabama State Hospital for the Insane, which opened in 1861. In its early days the hospital’s patients were treated with dignity and allowed to become part of the community. But as time went on, funding was cut and conditions deteriorated terribly. Originally built to accommodate 250 patients, by the 1970s the number had swelled to 5,200. There were so many stories of abuse and neglect at the hospital that the Montgomery Advertiser newspaper compared it to a concentration camp. Renamed Bryce Hospital, in 2010 the University of Alabama purchased the hospital, much of which lay in ruins by then. Today a restoration project is underway and the handsome building is no comparison to what it once was. 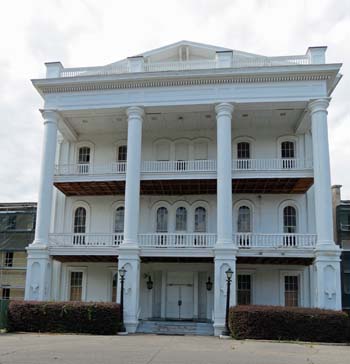 A few blocks away, Greenwood Cemetery is the oldest surviving cemetery in Tuscaloosa and has been in continuous use since before 1820. Some of the ornate marble monuments in the cemetery were carved in New Orleans. Greenwood is the final resting place of five veterans of the American Revolution, Confederate General Philip Dale Roddy, Civil War nurse Sallie Ann Swope, and Jack and Jerry Winn, slaves who worked to buy their freedom. 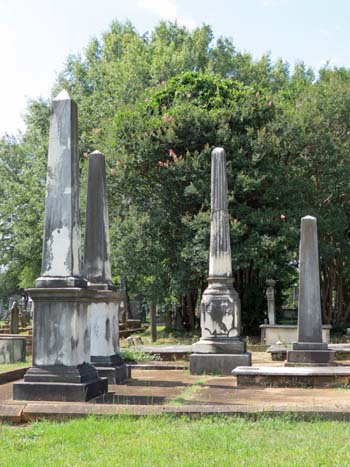 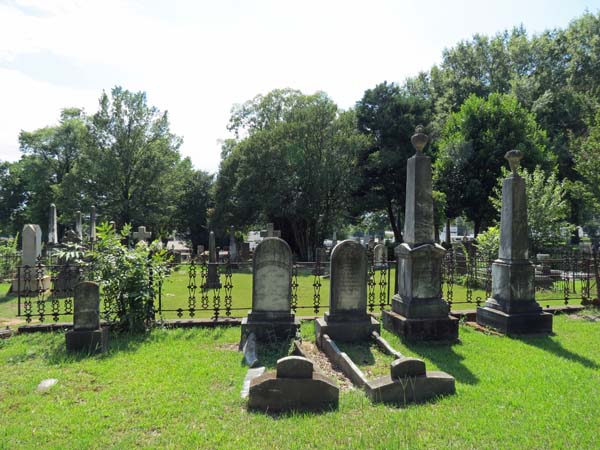 Among the more than 2,500 graves in the cemetery, many of them unmarked, are Native Americans, former slaves, and white settlers, along with a number of graves marked simply Unknown Confederate Soldier. 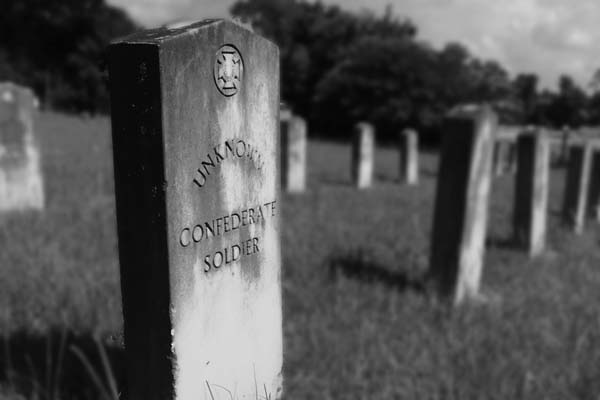 While we were visiting the cemetery, Terry spotted this tombstone that’s been there so long a tree grew up around it. 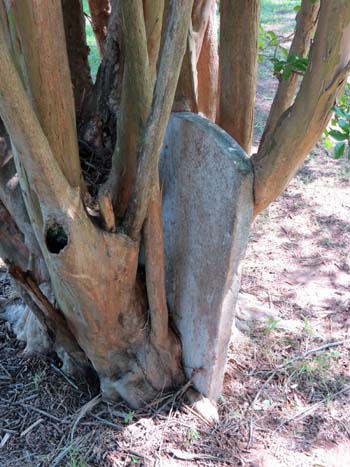 Also not far away is Capitol Park, the site of the Alabama Capitol from 1826-1846. The capitol was moved to Montgomery in 1847 and the facility became the home of the Alabama Central Female College. The old capitol building burned in 1923 and today only a few ruins remain. Travis is an amazing photographer and the ruins are among his many favorite subjects. 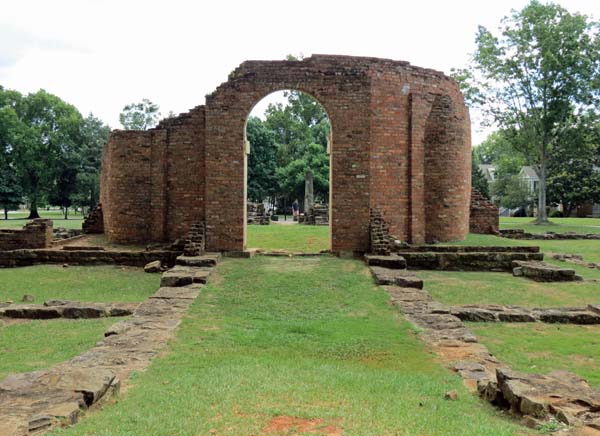 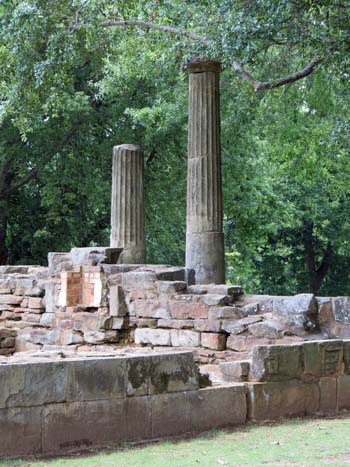 A few miles from town they took us to the creepy ruins of the Jemison Building that also once housed the mentally ill, and today seems to be something right out of a slasher movie. Based upon the graffiti covered walls and trash lying around, it seems to be a popular place to party for the younger set. Travis has also taken many interesting pictures there. Where a person might look and see a trashy place that looks like it should be bulldozed under, he sees art. 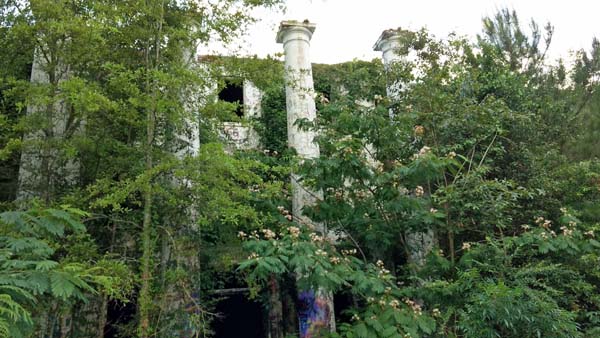 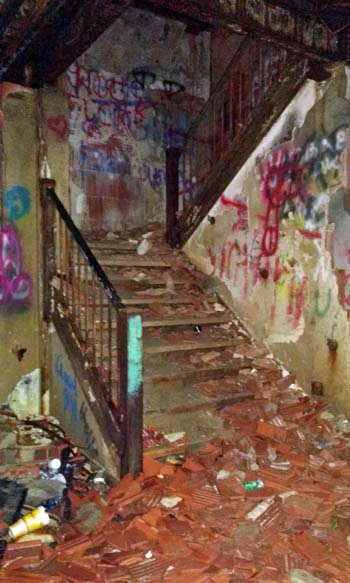 Besides Tuscaloosa, we also made a couple of day trips. One of them was to Birmingham, where they showed us some more beautiful architecture, and where we visited a few antique shops, coming away with a treasure or two.


Tomorrow I will tell you about our trip home from Tuscaloosa, hitting on a couple of highlights that I will also do full blogs about in the coming days.

One Response to “Touring Tuscaloosa”