Most RVers are really nice people, but they don’t make you take a personality test before they let you buy one of these things, and like every aspect of life, there are a few snobs out there, as well as clods and outright idiots.


I’m rather well known in the RV world because of the Gypsy Journal, my blog, my books, and the seminars I present at RV rallies. When we had our old MCI bus conversion we were at Elkhart Campground when a couple in a big fancy coach that cost well over half a million bucks pulled in next to us and they were really rude. I heard them saying that they didn’t want to be parked next to that “piece of sh$t.”

They ignored us for two days, turning their nose up every time they saw us. Then one day I was outside doing something and the man came over and stuck out his hand and said, “I didn’t know you were famous. A bunch of people told me I was parked next to Nick Russell. Nice to meet you.” I never said a word, just stared at his hand until he got tired of holding it out and walked away.

We’ve met a few like that, and they’re not all driving high dollar motorhomes either. I don’t worry what they think of me, I love me enough for both of us.

Then we have the RV slobs, and unfortunately they outnumber the snobs by a wide margin. We were in Lake City, Florida a few years ago and this rig was sitting in the middle of the parking lot taking up half a dozen spaces the week before Christmas, with all of their slides out. 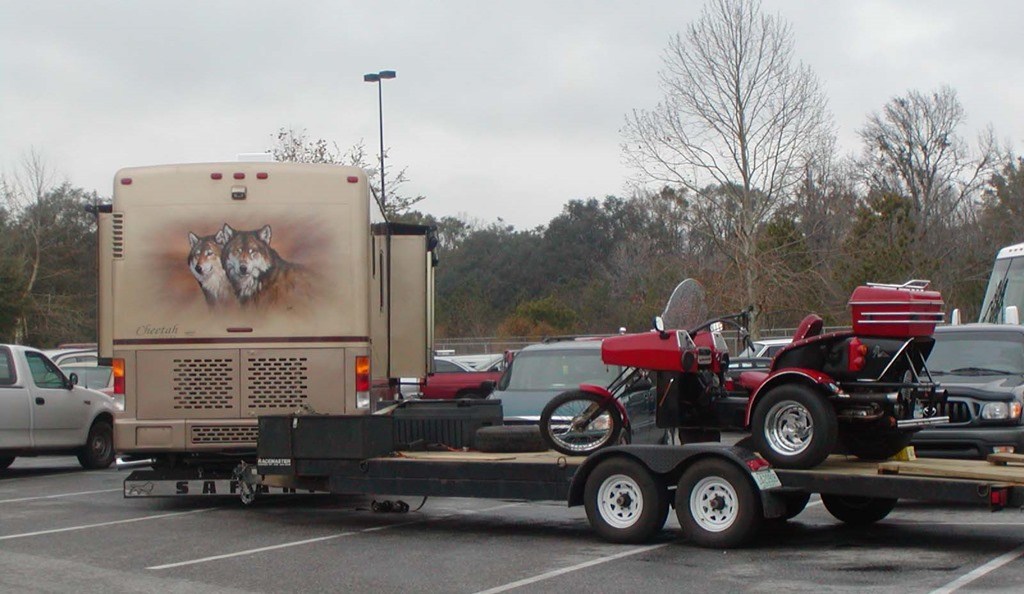 Or how about this guy, washing his motorhome in the middle of the parking lot of the WalMart in Rapid City, South Dakota? Doesn’t that give people a good impression of RVers? We are our own worst enemy. Fortunately, these are not the norm for RVers, but it only takes one rattlesnake to bite you and you don’t like any of them after that. Neither of these was on the outer edge of the parking lot, both were right in the middle, taking up a number of parking spaces. 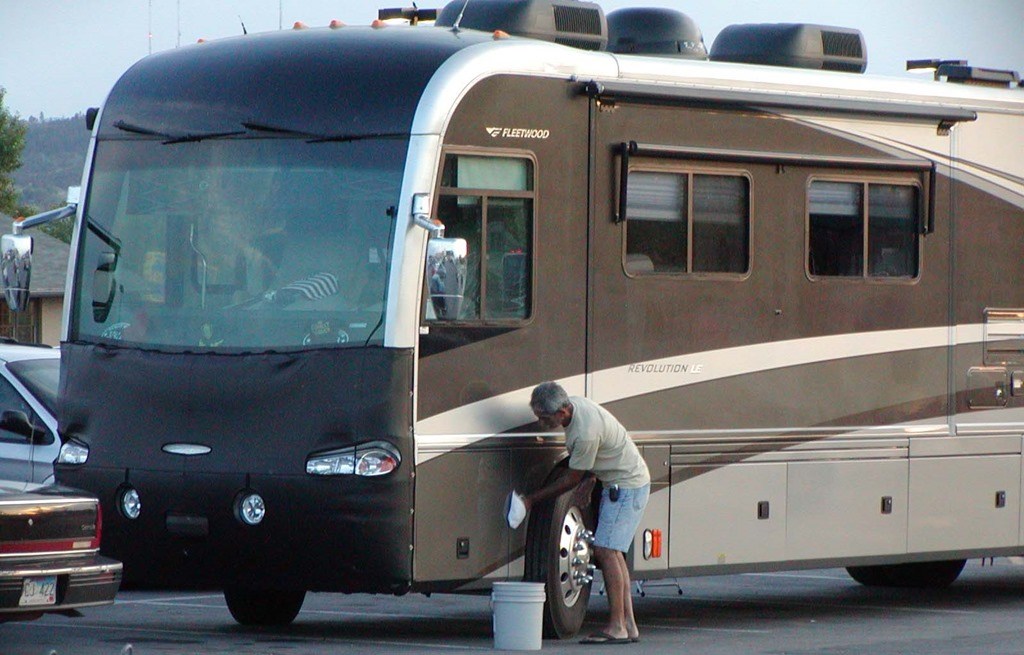 Unfortunately, while we can give them the benefit of the doubt and think the snobs and slobs are really good people deep down inside, there is no excuse for being an outright idiot.


I’ve written often about my phobia of driving over high bridges, and while I poke fun at myself about it, the truth is that gephyrophobia is a real anxiety disorder and no joking matter for anyone who has it. If Terry wasn’t capable and willing to take the wheel when we come to a big bridge, our RV travels would probably end pretty quickly.

So I wasn’t impressed when a guy e-mailed me after I posted my blog It Can Be Paralyzing to tell me that his sister is also afraid of heights and that when she came to visit him in her motorhome, he purposely routed her over a very high, very narrow bridge for the next leg of her trip. He said she called him in tears, totally freaked out when she made it to the other side.

And that’s funny? Really? I fail to see the humor. I think it’s cruel and you’re an idiot.

Thought For The Day – I never called you stupid. But when I asked you how to spell Mississippi and you asked if I meant the river or the state, it caught me by surprise.