Note: This is a blog post I’ve dusted off from an earlier date to share some interesting places in Michigan with you.

Yesterday we took a day trip into magical Michigan, a place we won’t soon forget. When I say magical, I’m not referring to the state’s beautiful countryside of rolling hills, thick forests, abundant lakes and other natural resources, although they can easily cast a spell upon you. No, in this case I mean magic in the traditional sense of the word.


Michigan has been a special place for magicians and fans of magic for close to a century, if not longer. Generations of magicians have performed in school auditoriums, concert halls, clubs and anywhere else a crowd could gather, delighting and thrilling audiences with tricks and illusions both simple and complex. 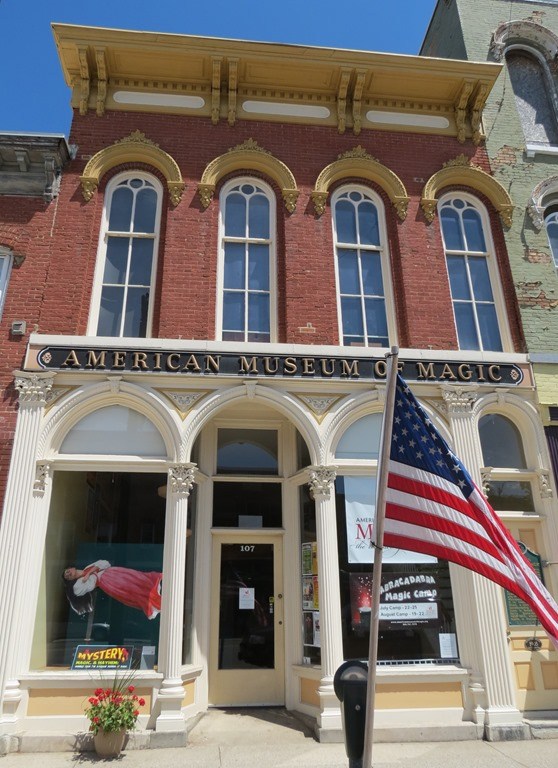 These include this oversized milk can, one of only three still in existence, used by Harry Houdini in his famous Milk Can Escape trick. The Magician would be handcuffed and climb into the can, which was filled with water, and then the lid was locked in place on top. A curtain was drawn across the can and moments later Houdini would step out from behind it, soaking wet, with his hands free, and the can would still be locked. 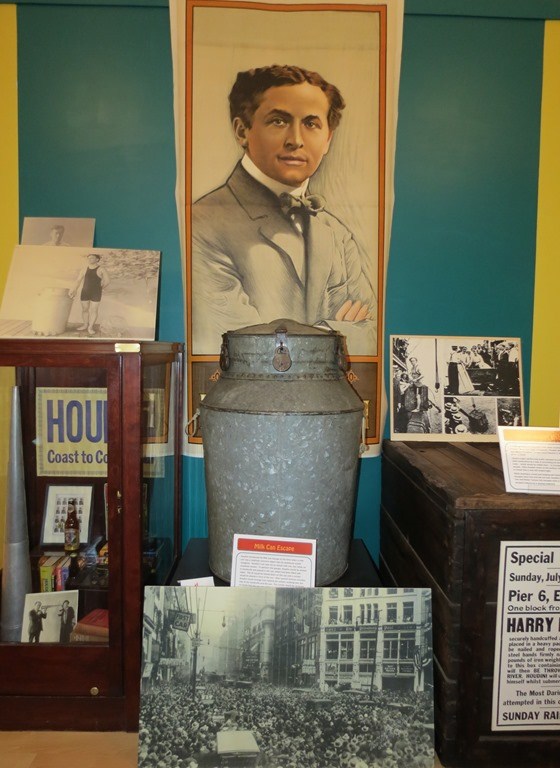 One display includes famed magician Harry Blackstone’s traveling toolbox of things needed to keep his props in good repair while on tour. 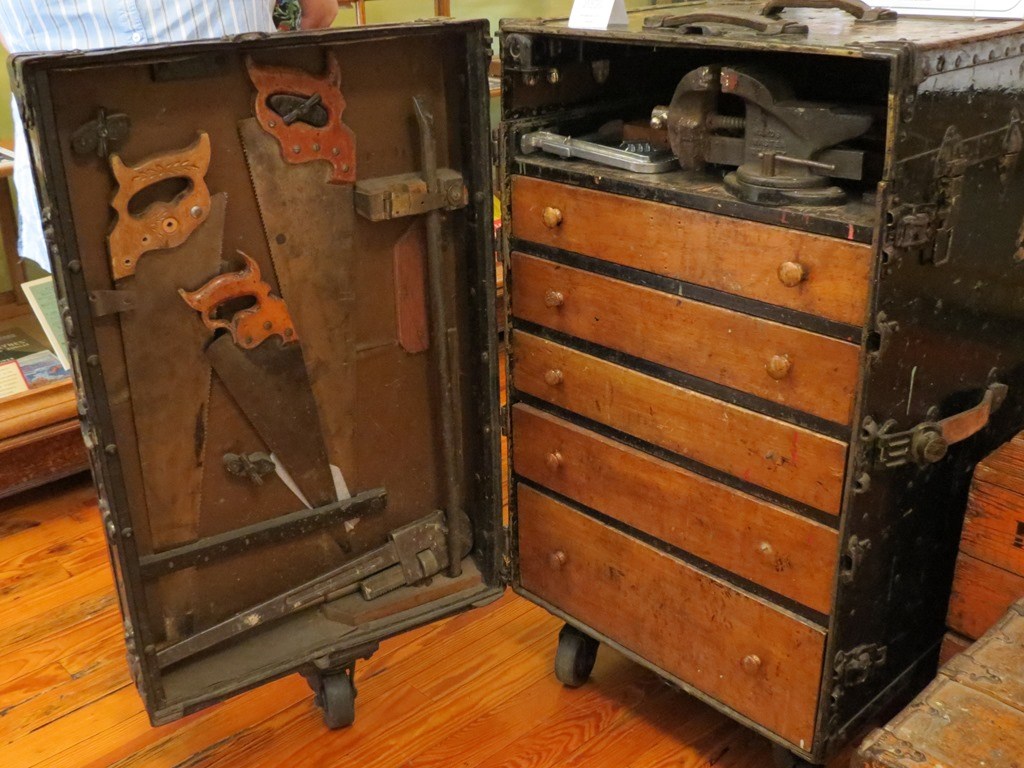 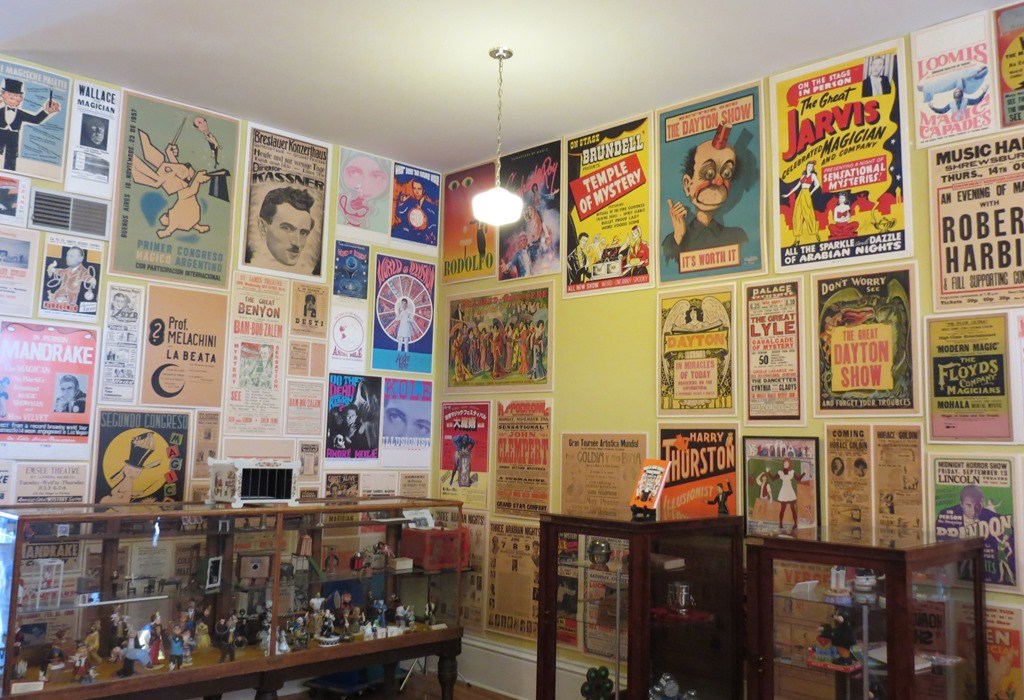 The museum incorporates two floors of magic memorabilia and memories from around the world. 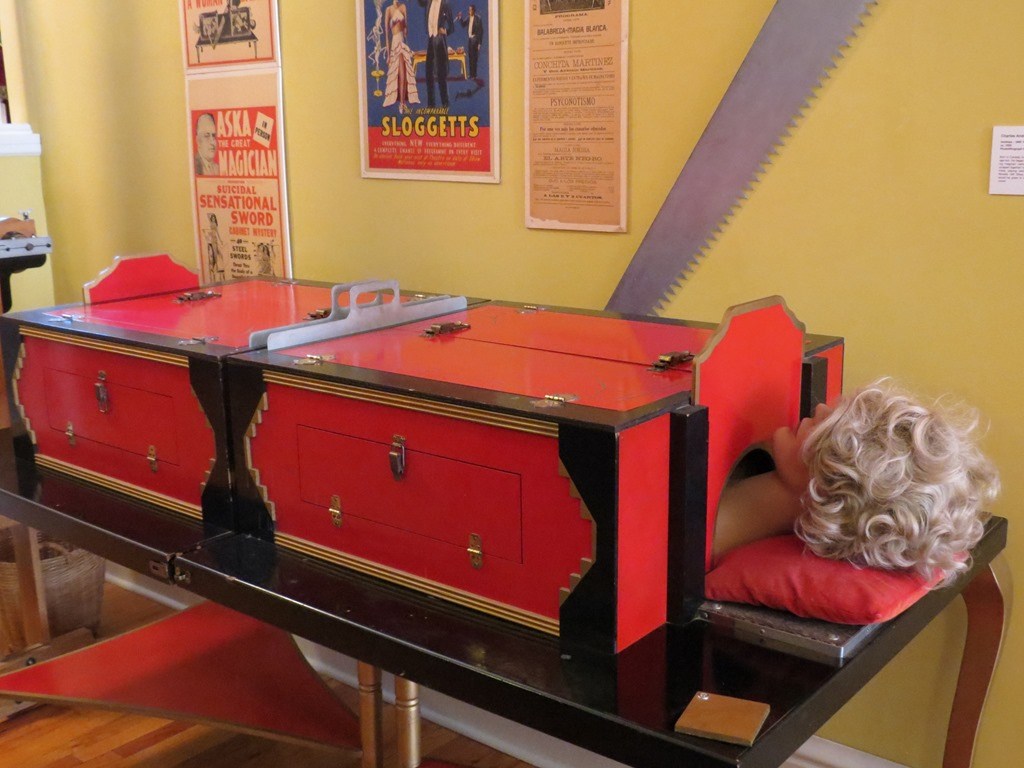 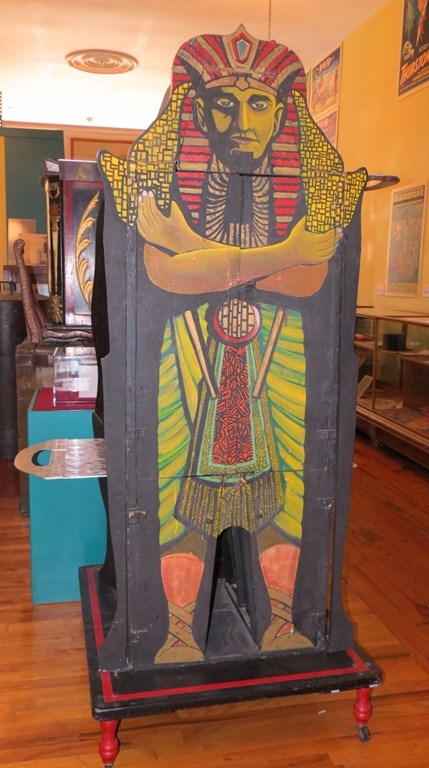 Not just a static collection of things to look at, the museum is a hands-on place and kids of all ages can step onto the stage of its Magic Box Theater and try their own sleight of hand, complete with stage costumes and props. 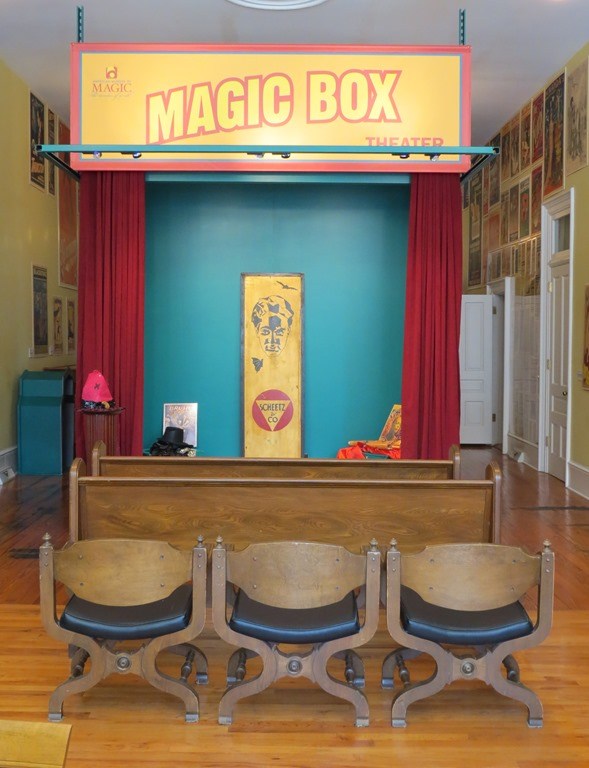 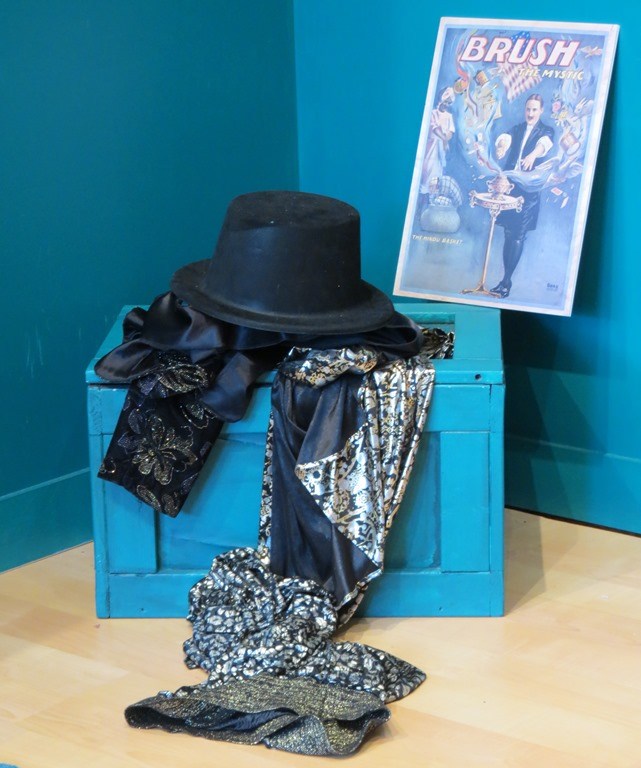 From Marshall we drove 45 miles south to the tiny village of Colon, which bills itself as the Magic Capital of the World. Back in the 1920s, Harry Blackstone discovered this charming little town and decided it was the perfect place to spend the summer, when it was too hot to perform in concert halls in the days before air conditioning. Blackstone and his crew used the time to rest, repair their props, rehearse, and create new illusions. 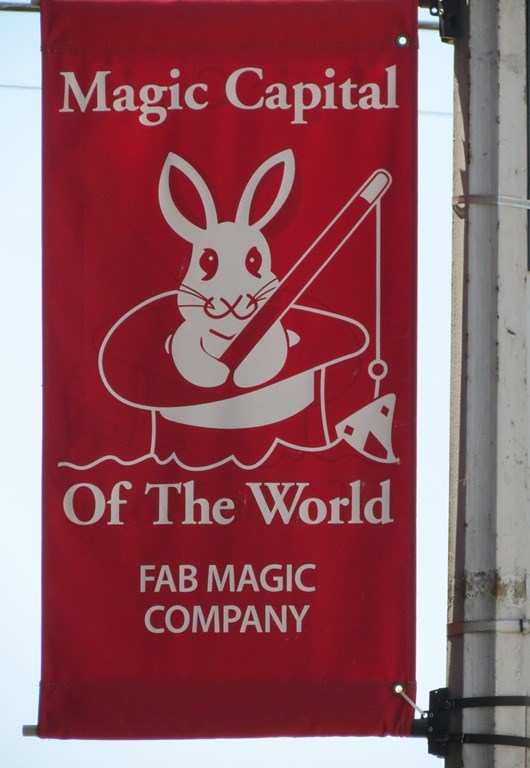 Before long, other magicians were attracted to Colon and it became the perfect place for Australian magician Percy Abbott to establish Abbott’s Magic Company, which quickly grew to become the largest manufacturer and distributor of magic equipment in the world. 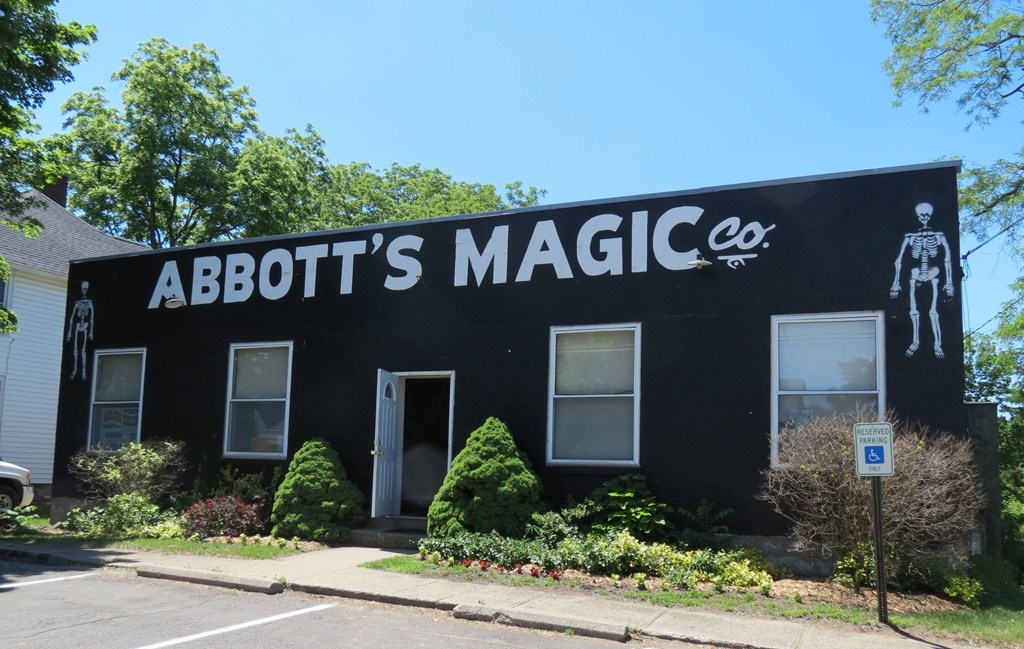 At one time, Abbott’s employed fifteen people full time. But things have slowed down a lot since then and owner Greg Bordner, whose father was Percy Abbott’s partner, had time to visit with us a bit, tell us about the history of the company, and even do a few magic tricks for us.

A couple of blocks away, Rick Fisher, owner of Fab Magic, was a fun gentleman who made us welcome and told us that he was originally from Indiana, but that his parents brought him to Colon on a fishing trip when he was just seven years old and he got hooked on magic instead. 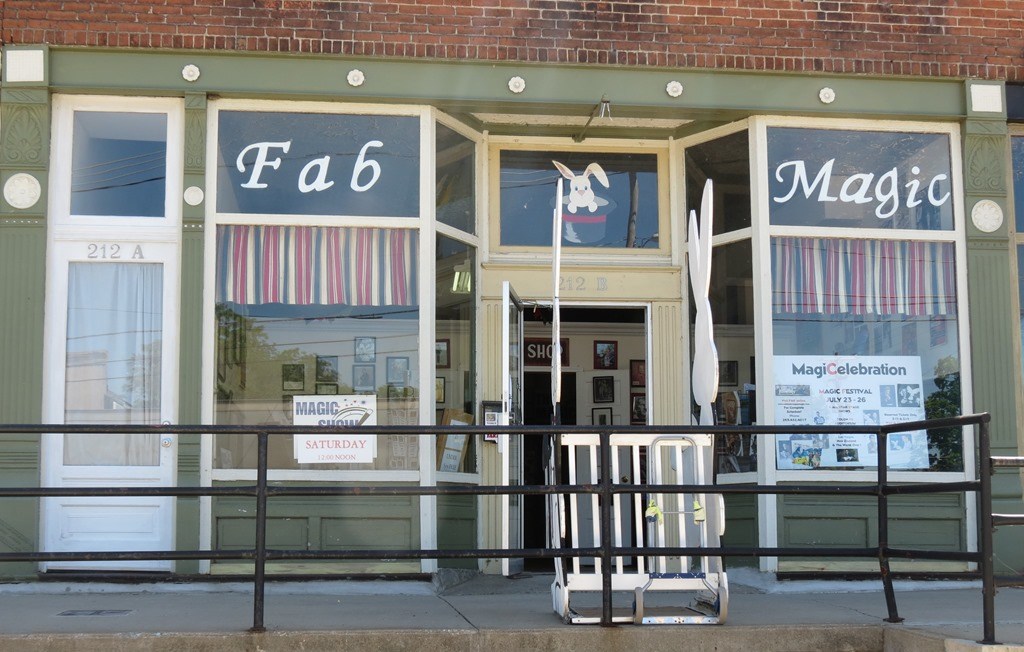 During the Magic Festival, held in Colon every August, over 1,000 magicians come to town to perform, attend seminars, share tips, and meet their fans. But if you can’t make it to the festival, don’t worry. Both Greg Bordner at Abbott’s and Rick at Fab Magic present shows in their shops every Saturday.


Many magicians loved Colon so much that they moved there after they retired and many of them are buried in Lakeside Cemetery, including both Harry Blackstone Sr. and Junior, Ricki Dunn, Don Alan, and American Museum of Magic founders Robert and Elaine Lund. 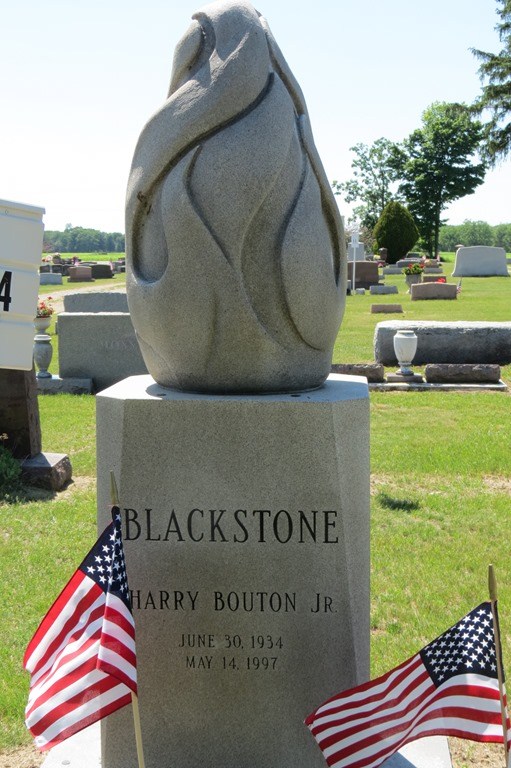 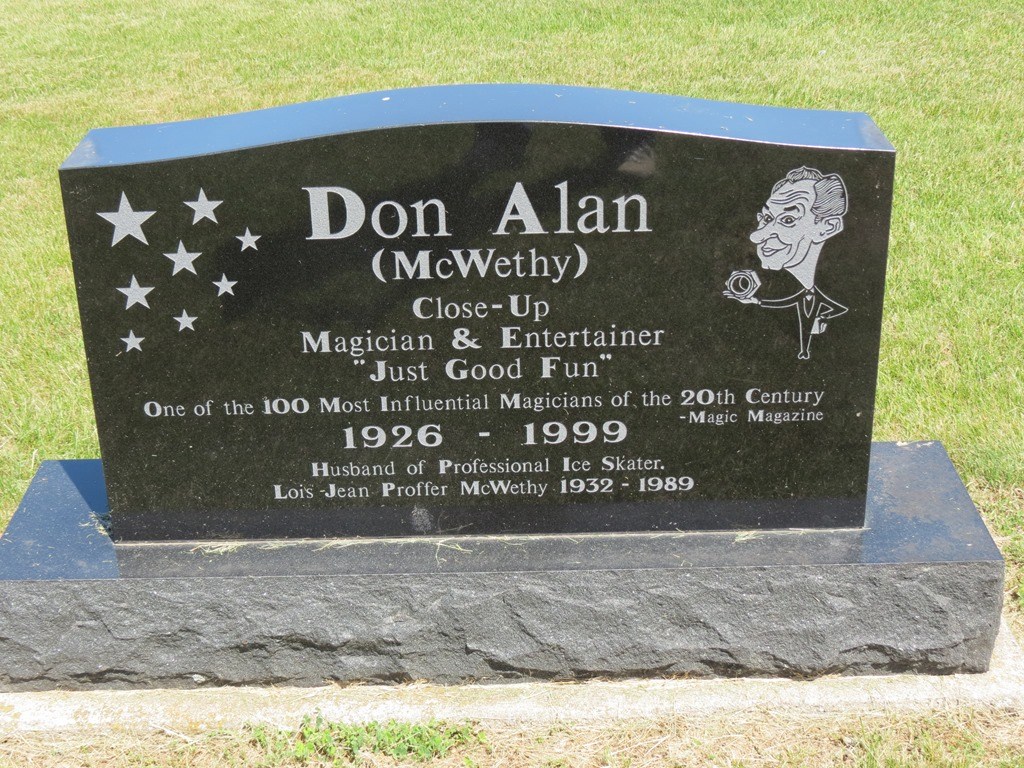 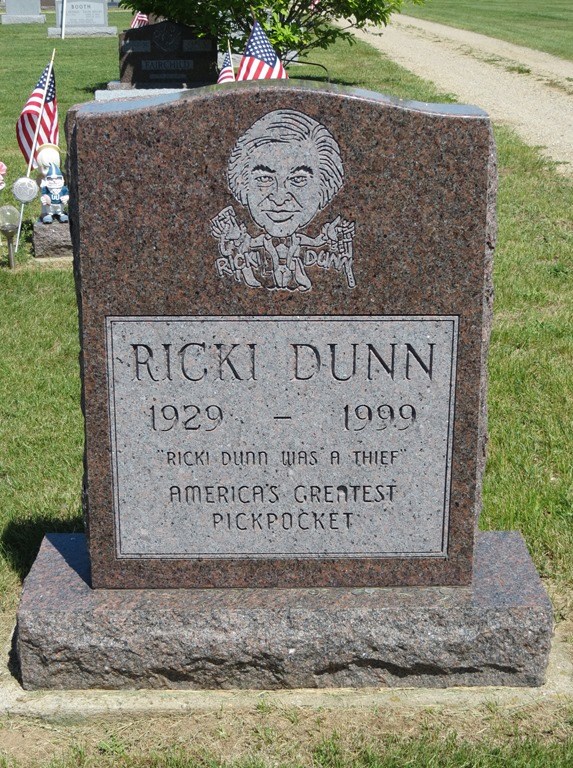 There is a lot more to tell you about magical Michigan, but I’m out of room for this blog. Here’s an idea, go check it out for yourself! You will find plenty to make it worth you time.

Thought For The Day – Don’t be a prisoner of your past. It was just a lesson, not a life sentence.

One Response to “Magical Michigan”