Just a few miles from busy State Route 99 in the heart of California’s San Joaquin Valley is a reminder of the hopes and dreams that helped build our nation, and of a man whose life story is one of perseverance and proof that where we start out in life has nothing to do with where we end up.

Allen Allensworth was born into slavery in Louisville, Kentucky in 1842, the youngest of thirteen children. As a boy he lost track of many of his siblings. At least one escaped to freedom in Canada, and others were “sold downriver” to plantations and farms throughout the South.


Young Allensworth had a thirst for knowledge, and though it was illegal for slaves to attend school, he took every opportunity to educate himself and to learn from anyone who would teach him. This raised the ire of his owner, who sold him to a plantation owner in the Deep South. But neither whippings or other punishments could stop the young boy from trying to better himself. He escaped at least twice by the time he was thirteen, and eventually was sold on the auction block and found himself in Louisiana.

His new owner, a man named Fred Scruggs, loved to race horses and taught the young boy to be a jockey. But whether he was working the fields or riding a horse, he was still a slave, and a soul like Allensworth’s could never live that way.

When the Civil War broke out he escaped and attached himself to the Union Army as a civilian medical aid to a surgeon. Later, in 1863, Allensworth enlisted in the Navy, where he was soon promoted to Captain’s steward and clerk. He served on the gunboats Queen City and Tawah for two years and impressed his officers and fellow sailors with his knowledge and devotion to duty.

After the war Allensworth, now a free man, entered into several business ventures, and also taught at schools for the newly freed slaves and their children. He became involved with the Baptist church in Louisville, studied theology, and was ordained as a minister. He served at churches in Kentucky and Tennessee, became an accomplished public speaker, and in 1880 and 1884, he was selected as Kentucky’s only black delegate to the Republican National Conventions.

In 1886, at age 44, Allensworth received an appointment as a chaplain in the US Army. One of the few black chaplains in the Army, he was assigned to the 24th Infantry Regiment, the Buffalo Soldiers. He served at a number of posts in the New Mexico Territory, to Fort Supply, Indian Territory, and in Montana. By the time he retired in 1906, Allensworth had been promoted to Lieutenant Colonel, the highest rank attained by any African American at the time. 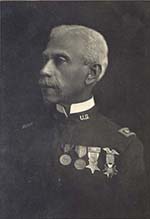 But retirement did not mean Allensworth was ready to sit in his rocking chair and reflect on his accomplishments. There was still too much to do! He helped establish several churches, and in 1908, he founded the town of Allensworth, California. It was the only town in the state to be founded, financed, and governed by African Americans. 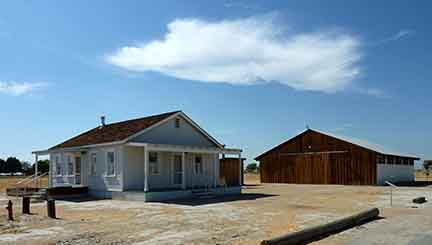 The community thrived, and by 1914 boasted a population of over 200 people living on 900 acres of deeded land. The streets were named after famous African Americans and white abolitionists, including Sojourner Truth, author Harriet Beecher Stowe, Frederick Douglass, and poet Paul Lawrence Dunbar. There was a school, church, library, stores, and shops. A debate club, brass band, an orchestra, a glee club, and other social and educational activities were available for children and adults alike. 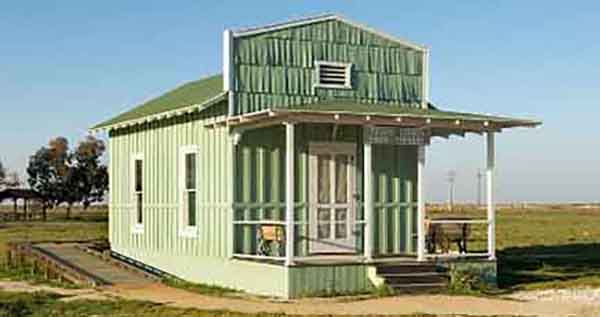 Unfortunately, Allensworth’s dream of a community where African Americans could isolate themselves from much of the oppression and prejudice that existed at the time would be short lived. In 1914 the Santa Fe Railroad moved its depot from Allensworth to Alpaugh, which was a serious economic blow to the town. At the same time, water levels fell for irrigation and the drinking water became polluted by toxins. But the biggest setback came in September of that year when Colonel Allensworth was killed when he was hit by a motorcycle while on a visit to Monrovia, California.

Over time most of the residents moved away, seeking employment opportunities elsewhere, and Allensworth was fast becoming a ghost town. But the spirit of Allen Allensworth seems never to have left, and in spite of all of the hard times, the town refuses to die. 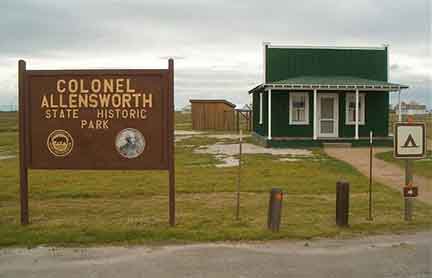 Today a collection of restored and reconstructed early 20th century buildings greet visitors, including the Colonel’s house (below), the schoolhouse, Baptist church, and library. Colonel Allensworth’s home is furnished in the 1912 period and displays items from his life in the Army and the ministry. The schoolhouse, which was in use until 1972, is furnished as it would have been on a typical school day in 1915. 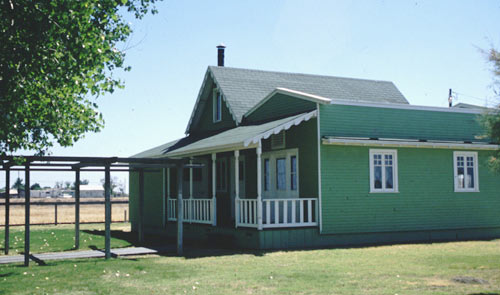 The park’s visitor center features a video, “Allensworth: A Piece of the World,” which is available for viewing from 10 a.m. to 4 p.m., daily. Tours are available by making arrangements with the park in advance. Thousands of visitors come every year to see the old town and participate in the numerous special events held at the park. And once again farms surround the old community.


The park includes fifteen campsites that can accommodate RVs up to 35 feet long and are open year around. There are also facilities for disabled visitors.

Thought For The Day – I’m great at multitasking. I can listen, ignore, and forget all at the same time!