Nick's Blog » Where Abe Got His Start

In his book It All Started With Columbus, satirist Richard Willard Armour wrote that our sixteenth President, Abraham Lincoln, had been born in three states and also “in two cabins – the original, and the reconstructed.” When I read that I was reminded of a tour guide at some historic inn we visited once who said that so many places have claimed that George Washington slept there that the man would have started his travels two days after he was born and never made it back home. I guess if you’re famous enough, everybody wants to have a piece of you.

Apparently the original log cabin that Lincoln was born in was dismantled sometime before 1865 and some of the logs from the cabin were used in construction of a nearby house. But nobody knows if that was really the cabin he was born in or if it was one built sometime later.

What is known is that in 1894, a New Yorker named A.W. Dennett purchased the farm the Lincoln family owned when the future president was born, and used logs from a house on the property to build a cabin similar in appearance to the cabin where Lincoln was born. Dennett claimed to have been told those logs were from the original cabin, but that seems to have been local folklore more than fact.

A bit of an entrepreneur, Dennett dismantled the cabin and took it on tour, reassembling it for display at cities wherever he could draw a paying crowd. Eventually Dennett sold the logs for his cabin, along with other logs that were claimed to be from the cabin where Confederate President Jefferson Davis was born (also untrue) to the Lincoln Farm Association, an organization created to preserving Lincoln’s birthplace. The group believed they had acquired only Lincoln logs, but when workers tried to reconstruct the cabin, they discovered otherwise.

The Lincoln Farm Association erected a beautiful Memorial Building, which was dedicated in 1911 by President William Howard Taft. Unable to rebuild the original cabin with the logs acquired from Dennett, the Association purchased a one-room cabin similar to the one he had displayed around the country. When this last cabin was rebuilt inside the Memorial Building, they realized that at 16×18 feet it was too big, so it was taken apart again and reconfigured to a smaller 12×17 feet. 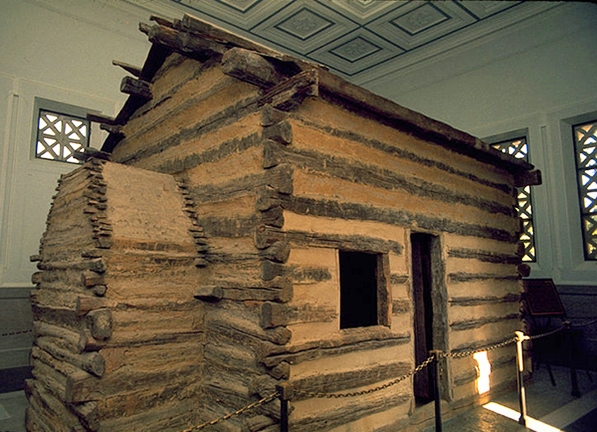 At any rate, none of that has deterred people from around the world coming to what is now known as the Abraham Lincoln Birthplace National Historic Site to honor the man who became known as the Great Emancipator. 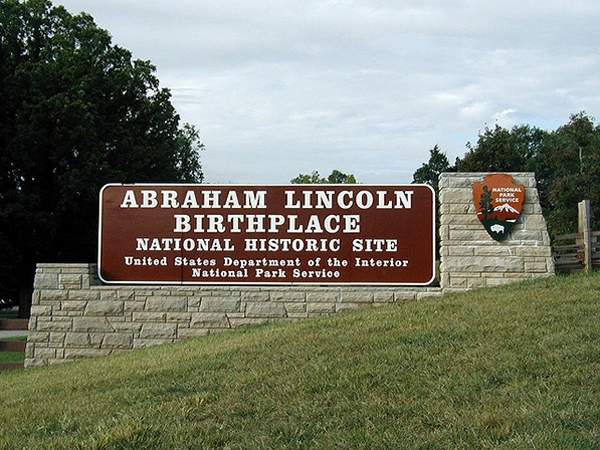 And though what you see is not the original cabin in which Lincoln was born, he was indeed born here on his father’s Sinking Spring Farm on February 12, 1809. For the first two years of his life, Lincoln lived at Sinking Spring Farm, then his family moved to another farm a few miles to the northeast along Knob Creek, near present-day U.S. Highway 31E. He lived there until the family moved again when he was seven years old.

The farm takes its name from the Sinking Spring, a water source also known as Rock Spring and Cave Spring. The Lincolns depended on the spring for their daily water supply, and travelers passing by stopped here to enjoy a taste of the cool water. The spring is a significant natural resource, part of a network of springs and subsurface streams in and near the park. 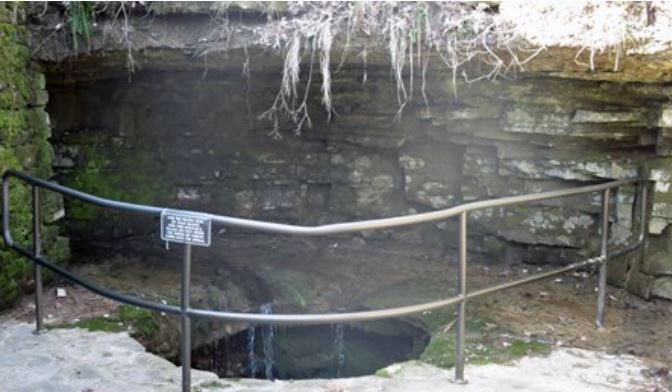 The Knob Creek site, Lincoln’s second home, features a 19th century log cabin and an early 20th century tavern and tourist site. Like the reproduction of the Birthplace cabin, the log cabin at Knob Creek is also not original to the site. Some say it may have belonged to neighbors of the Lincolns. It was moved to the approximate location of the Lincolns’ home on Knob Creek, but again, nothing is guaranteed to be historically accurate here except that the Lincoln family did once live on this land. One of Abraham Lincoln’s earliest memories was of almost drowning in Knob Creek and being saved by the neighbor’s son.
Lincoln lived here until the age of seven, when his family moved once again, this time to Indiana, to the site now commemorated as the Lincoln Boyhood National Memorial.


And though you won’t see the original cabin where Abraham Lincoln was born, this is the nation’s first memorial to Lincoln, and was built with money raised by donations from citizen’s young and old to honor the man many consider to be our finest President ever.

The Visitor Center at the Birthplace Unit has historical exhibits, including the original Lincoln family Bible, tools, cookware, and furniture used by early day pioneers, and the fifteen minute film Abraham Lincoln: The Kentucky Years, which shows every thirty minutes on the hour and half hour. There is also a small store with books and souvenirs. 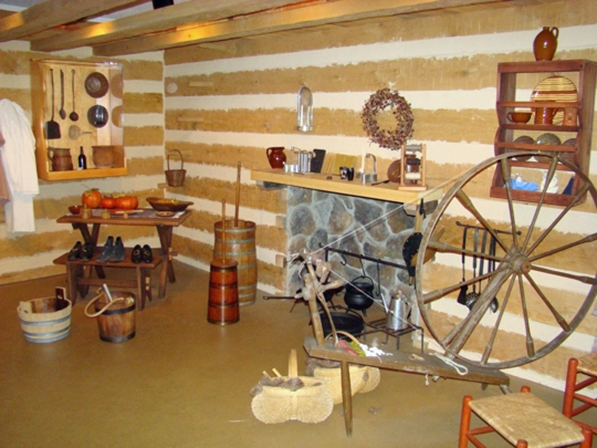 The Abraham Lincoln Birthplace National Historic Site is located at 2995 Lincoln Farm Road in Hodgenville, Kentucky and is open daily except on January 1, November 24, and December 25. There is no charge to visit the Birthplace or the Knob Creek site. For more information, call (270) 358-3137 or visit the site’s website at https://www.nps.gov/abli/index.htm

Thought For The Day – I just ordered a chicken and an egg from Amazon. I’ll let you know.

2 Responses to “Where Abe Got His Start”