Nick's Blog » It Was A Very Good Day

When I offered to take Miss Terry out for dinner yesterday in honor of Mother’s Day, I already knew that she would tell me no. Terry doesn’t like a big fuss made over her, and her idea of a good day is to spend it at home with the people she loves.


And it was a very good day. Our son Travis sent Terry this beautiful driftwood clock that he made for her. It actually came a few days ago and I had stashed in the garage because he wanted me to give it to her on Mother’s Day morning. Travis had attached a hanger on the back to mount it on her office wall, but instead Terry put it on the hutch in our living room where everybody can see it when they visit. 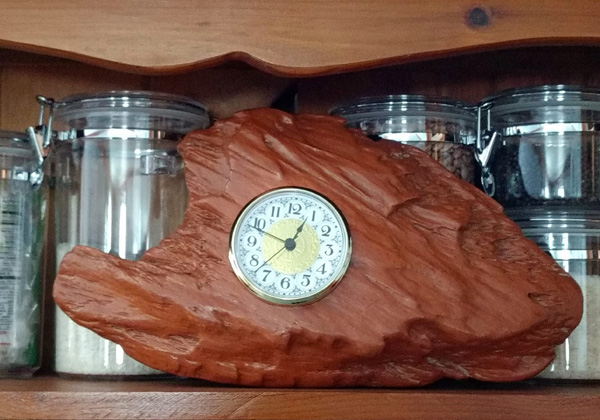 A little while later this beautiful bouquet was delivered from our daughter Tiffany in Arizona. Terry is not their biological mother and she didn’t come into our lives until they were young adults, but as far as they are concerned she is Mom and they both love her with all their hearts. That makes my heart feel good. 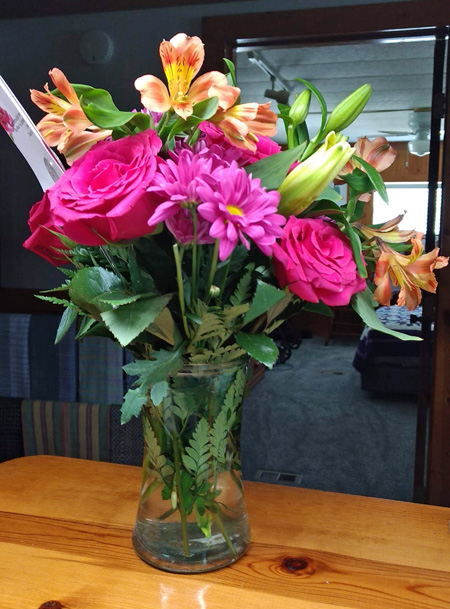 Terry loves cooking, and when she wanted to make a batch of waffles for breakfast, who was I to argue with her? After all, it was Mother’s Day! And they were just as delicious as they look. I never really cared much for waffles, but then again all I ever knew were restaurant waffles and the frozen kind from the grocery store. There is no comparison at all to the ones Terry makes from scratch. I think the secret ingredient is love. 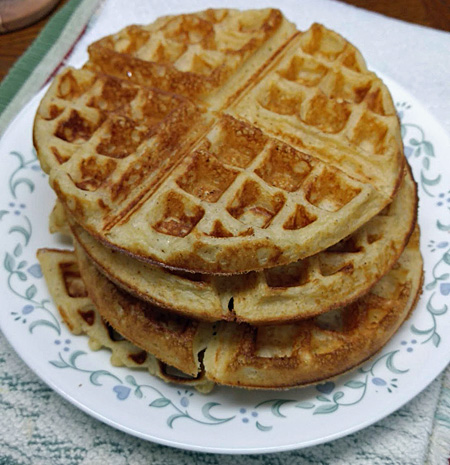 As for me, I spent some time doing some genealogical research for a friend of mine who is in her early 70s and never knew her father, who left when she was a month old. She didn’t have a lot of information on him, but I was able to find out a lot for her, not all of it pleasant. She had heard from other family members that he was not a good man, and the newspaper articles I was able to find reinforced that. It’s not exactly the kind of news you want to give somebody on Mother’s Day, but it was something she wanted to know.

When I was done with that, I wrote another 3,000 words or so in my new book, Big Lake Ninja. I also went over the manuscript for the printed copy of Sweet Tea And Jesus and made a couple of adjustments to that. One more thing to tweak, and then I think I will be ready to upload it to Amazon.

I’m not sure what the game plan is for today. Beverly has an appointment at the lab for a blood draw this morning and a doctor’s appointment this afternoon. Terry suggested I stay home and write while she takes her to them, and I may do just that.


Congratulations Bruce Pirtle, winner of our drawing for an audiobook of Dog’s Run, my mystery set in a small Ohio town in 1951. I have 24 mystery novels out, as well as 10 or 12 nonfiction books, and I have to say that Dog’s Run is my favorite. It’s a gritty tale that is loosely based upon an actual crime that took place in that part of the country when my father was a young police officer there, and I warn you in advance that there’s some rough language, but it’s appropriate to the time and place. We had 61 entries this time around. Stay tuned, a new contest starts soon. 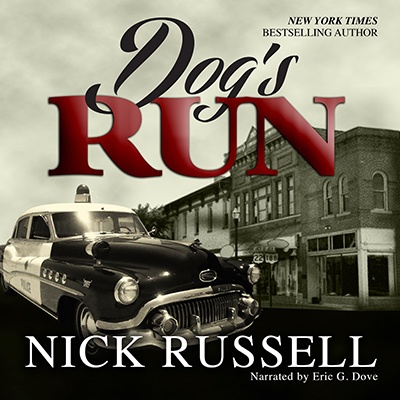 Thought For The Day – I yelled “cow” to a woman riding past on her bike and she gave me the finger. Then she plowed her bike right into the cow. I tried.

One Response to “It Was A Very Good Day”