During the Indian Wars in the 1800s, Wyoming was a battleground as the Plains Indian tribes fought to preserve their lands and their way of life from ever increasing encroachment by white settlers. In response to repeated attacks on wagon trains, in 1867 the United States Army built Fort Fetterman eleven miles northeast of present-day Douglas. The fort was named in honor of Captain William J. Fetterman, who was killed along with 80 men in his command, in the Fetterman Massacre in December, 1866, near Fort Phil Kearney.


By the late 1870s, hostilities had pretty much ended and thousands of Texas longhorn cattle were driven north to new ranches on rich grazing lands that once were home to mighty herds of buffalo. Cattlemen and buyers stood to make fortunes if they could find a way to market their beef back east. And, of course, the key to their success was the railroads, which had been pushing further and further west.

In 1885, the United States Congress granted the Fremont Elkhorn and Missouri Valley Railroad the right to cross the Fort Robinson Military Reservation in Nebraska, and on August 26, 1886, the railroad arrived in what is now Douglas, Wyoming. By then about 2,000 people had already settled near Fort Fetterman. The railroad secretly selected the Douglas town site in order to prevent settlement before the town was laid out, but it didn’t take long before the population of the new town swelled.

Douglas soon became an important shipping point for cattle and agricultural products and the railroad depot, built in 1886, was in continuous use until it was closed in the 1950s by the Chicago and Northwestern Railroad, successor to the Fremont Elkhorn and Missouri Valley Railroad. 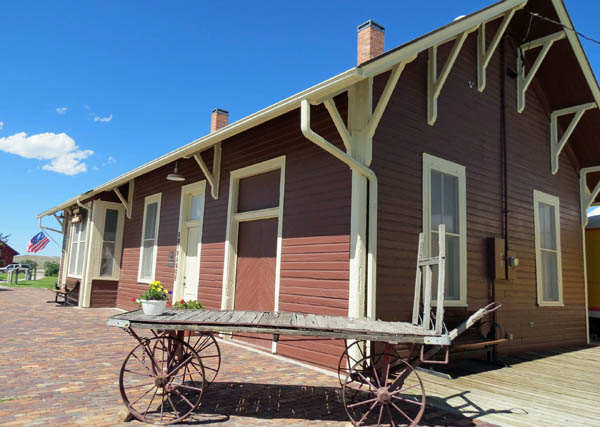 Today the old depot, listed on the National Register of Historic Places, is home to the Douglas Chamber of Commerce, as well as the Douglas Railroad Interpretive Center. Seven vintage railroad cars are on display in the outdoor museum and some are open for visitors to investigate further. It’s a stop no railroad fan should miss. 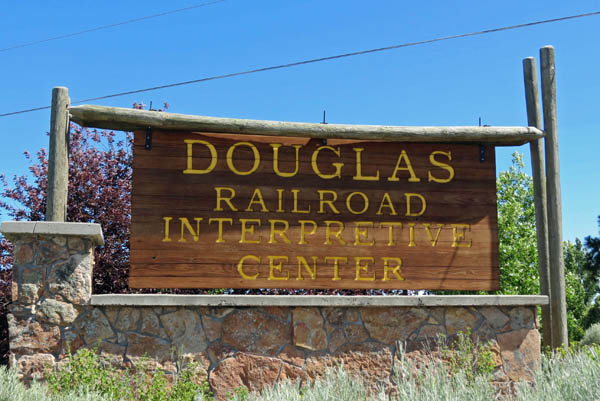 The centerpiece of the collection is this massive 317-ton Chicago Burlington & Quincy Railroad steam locomotive. Built in 1940 in West Burlington, Iowa, the locomotive was designed for fast freight and heavy passenger service. It was used until 1956, when it was retired and stored in Lincoln, Nebraska. 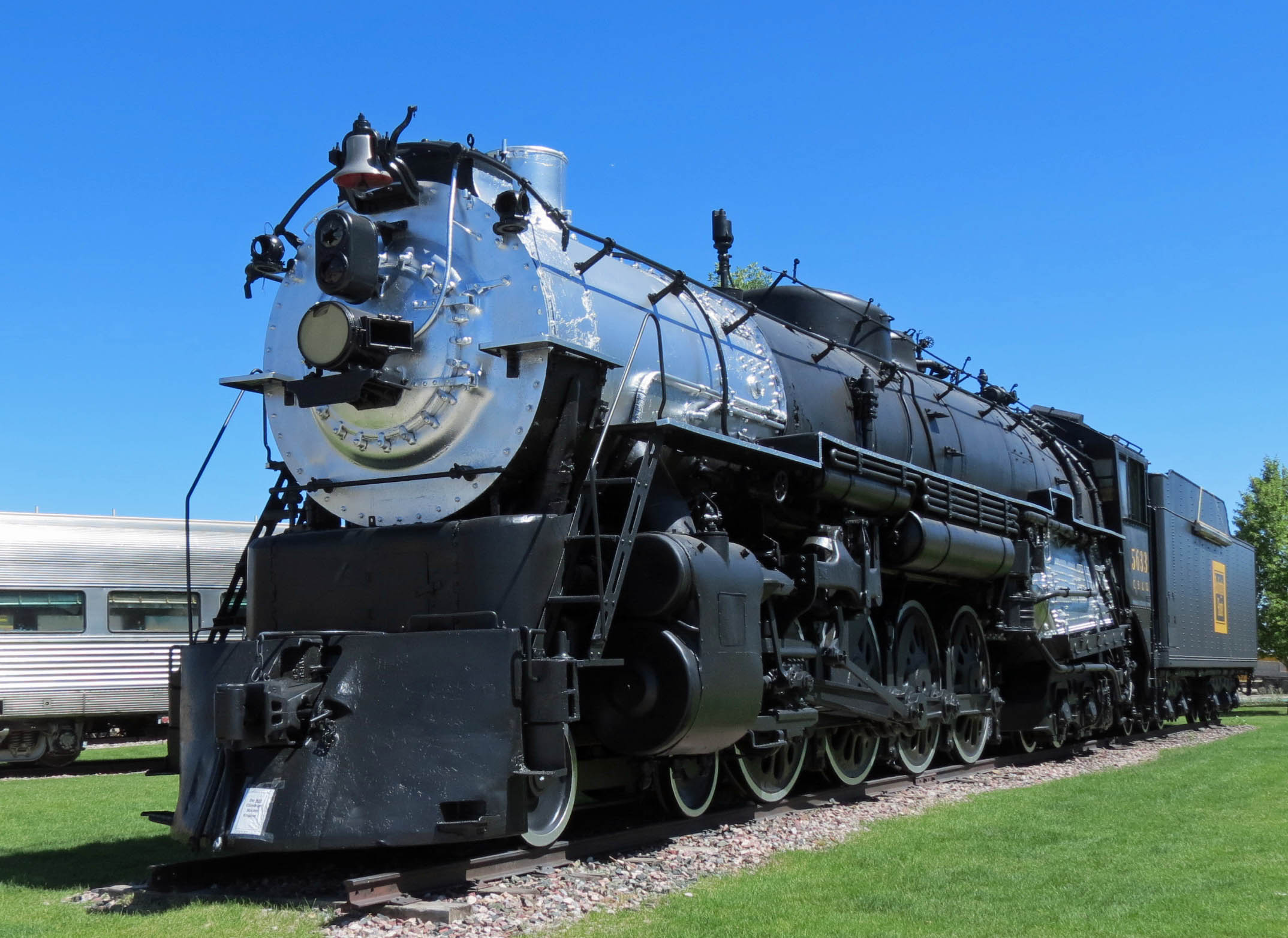 Passengers on the Chicago and Northwestern Railway were comfortable in the collection’s day coach. Built in 1884 by the St. Louis Car Company, the wooden coach saw service on the railway’s Cowboy Line, which ran from Douglas to Lander, Wyoming. In 1915 it was rebuilt by the American Car and Foundry Company, at which time steel sheathing was installed over the original wood siding and electric lights replaced the coach’s gas lighting. Back in service, the car operated on many famous passenger train assignments until 1931, including the Northwestern Ltd., the Corn King, Viking, and the Black Hills Express. From 1932 until it was retired in 1961, the car saw suburban service in the Chicago area, except for a period in 1948, when it was displayed at the Chicago Railroad Fair. 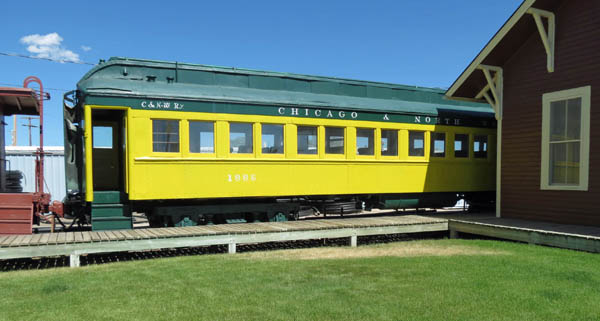 Nearby, a stainless steel 48 seat Chicago Burlington & Quincy Railroad dining car, built by the Budd Company of Philadelphia, Pennsylvania in 1947, reflects the golden age of rail travel. Passengers dined in style from china plates on tables with linen tablecloths, their every need attended by porters eager to please. For most of its working life the dining car, which was named the Silver Salver, was used on the morning and afternoon Zephyr trains that ran between Chicago and Minneapolis. The dining car was retired in 1972. 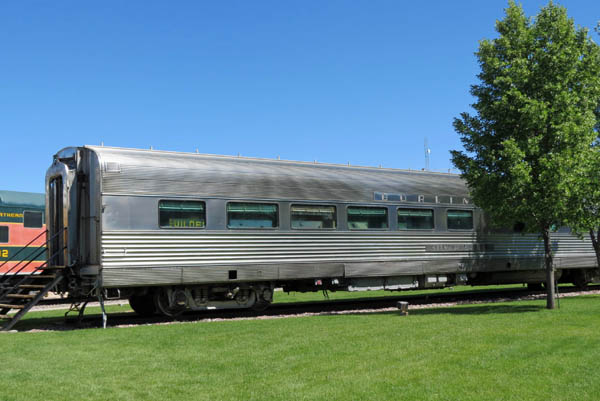 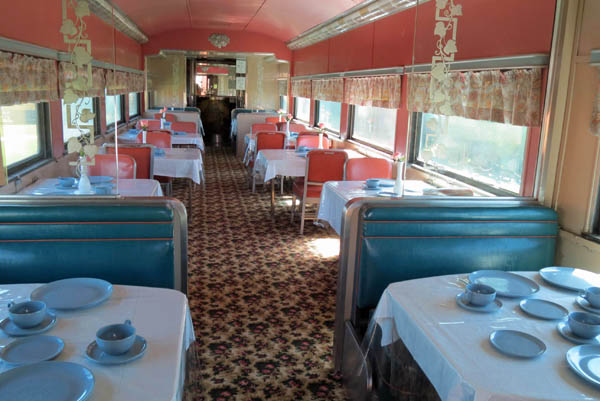 Built by the Pullman Standard Company in Pullman, Illinois in 1950, the collection’s Great Northern Railway sleeping car was part of an order for eight sleeping cars with sixteen duplex roomettes and four bedrooms. The car was primarily assigned to the railroad’s Western Star train, which ran between Chicago and Seattle. Named the Augassiz Glacier, the car could carry 24 passengers and a porter. It was retired in 1972.


The Union Pacific baggage car was built by the Pullman Car Company at their Michigan City, Indiana plant in February, 1911. It was formatted as a working mail car and handled mail, passenger baggage, and fresh produce. During its 50 year career the car saw service system-wide before it was retired in 1961. 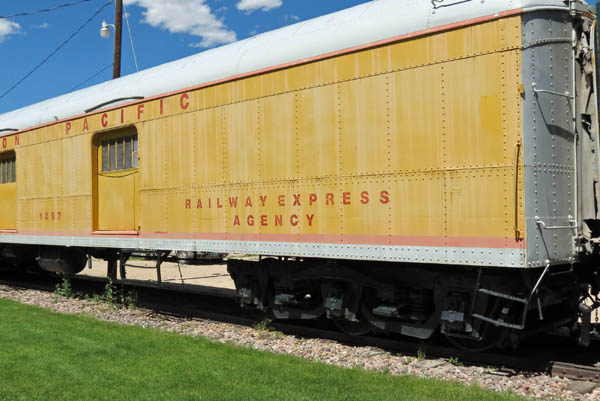 Another classic Union Pacific car is the double deck stock car, which was built by the Western American Car & Foundry Company in Seattle, in 1914. Originally configured as a box car and used on the railroad’s Oregon Short Line subsidiary, in 1936 it was converted to a stock car. It hauled sheep and pigs system wide until it was retired in 1964. 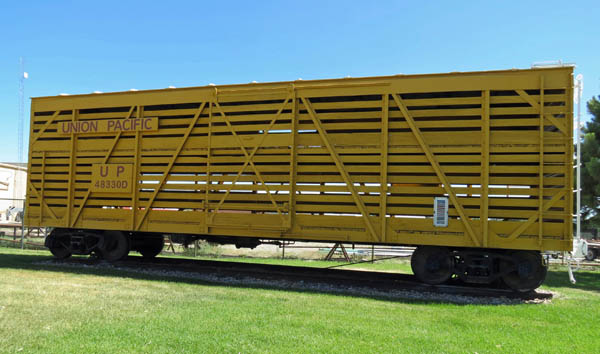 The oldest piece in the collection is a wooden caboose built by the Burlington and Missouri River Railroad in 1884 at a cost of $1,023. It was used as sleeping quarters for Chicago Burlington & Quincy Railroad train crews. 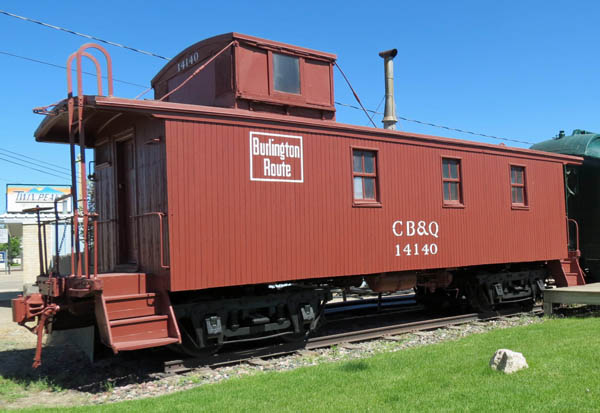 In addition to full size rail cars, there is also a diminutive Fairmont Model M-14 motor car that was used by the Union Pacific Railroad and later sold to the Colorado & Southern. The car was used for track inspections by the track foreman based in Casper, Wyoming. 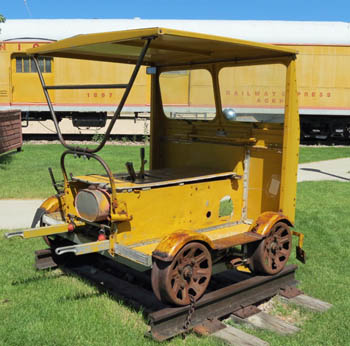 Thought For The Day – Growing up in the 60s was a lot more fun than being in my 60s.