The big storms that have been sweeping across the country causing problems for people from Texas to the Midwest are supposed to be here sometime this afternoon or evening, and the weatherman is predicting straight-line winds of up to 68 miles per hour, heavy rain, and the possibility of tornadoes.


We have a couple of appointments during the day, and I need to stop at the hospital to see a friend, but hopefully we can get home before it gets too bad. They say it’s a fast-moving system, so I guess all we can do is hunker down and wait it out.

In our years as fulltime RVers we kept a careful watch on the weather, but even so, sometimes you’re going to get hammered. We had close calls with tornados two or three times over the years, but never took a direct hit,

Years ago, when my son was not much more than a toddler, we lived in Minnesota when a bad tornado hit. His mom was at work, and Travis and I were outside when the sirens went off and I could see the funnel cloud coming at us. We had a big old farmhouse, and I scooped him up and we went into the basement. Those people you see on the news all the time are right, tornadoes really do sound like freight trains going past. When it was gone, we went back outside and I was amazed by what I saw. The house on one side of us was completely demolished, and the garage of the neighbor on the other side had been lifted off its foundation and moved several feet and set back down. But the coloring book and crayons my son was playing with before the tornado hit were still right there on the picnic table and even opened to the same page he was coloring on. A couple of miles away, my brother-in-law’s boat had been lifted out of the lake behind his house and was sitting in his front yard, and the house across the street from him didn’t exist anymore.

That’s not the only experience Travis has had with tornadoes. He and his wife Geli live in Tuscaloosa, Alabama, which was devastated by a horrendous tornado back in 2011. Even today you can see abandoned homes that were destroyed by the terrible storm system that came through there. 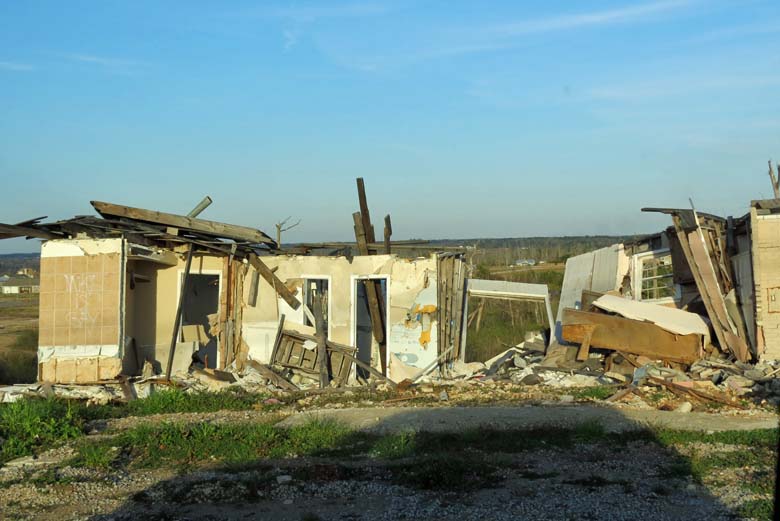 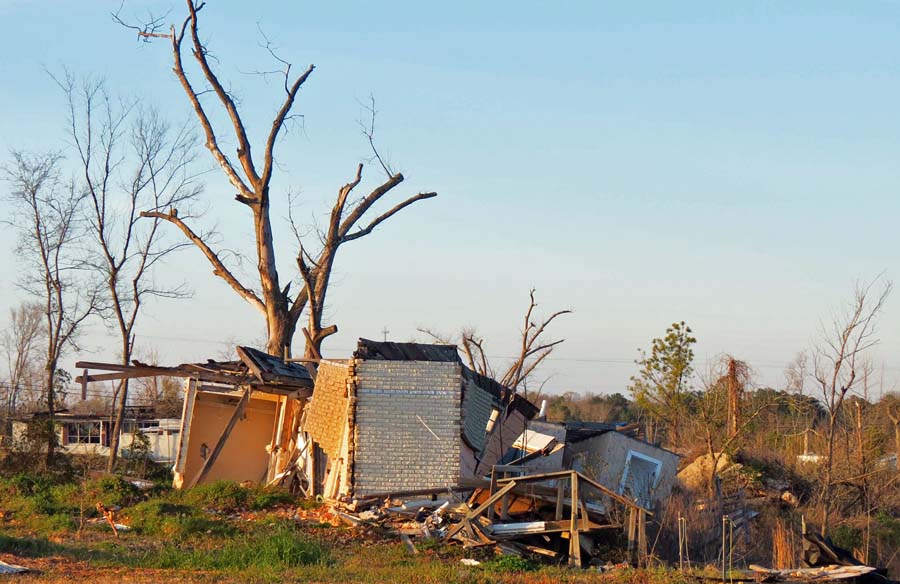 Geli was on her way home from work when the tornado hit, and with roads blocked by debris, cell towers down, and power out throughout the area it was several hours before they could find each other.  Travis still has a hard time dealing with it when there are tornado warnings.

Miss Terry was born in Kansas and lived there a couple of times as a girl while her family followed her father around the country to different Air Force bases where he was stationed. She remembers going outside of her school once and seeing seven funnel clouds hanging in the air. Knowing what happened to Dorothy and that obnoxious little dog of hers from the movie, I’m just glad Terry made it out okay. But I wonder what kind of long-term effect it had on her psyche. After all, she did grow up to marry a munchkin!


Speaking of Kansas and the rest of Tornado Alley, the weather is not the only thing that you have to worry about there. As the sign says, apparently they have a very strange way of making visitors feel welcome. 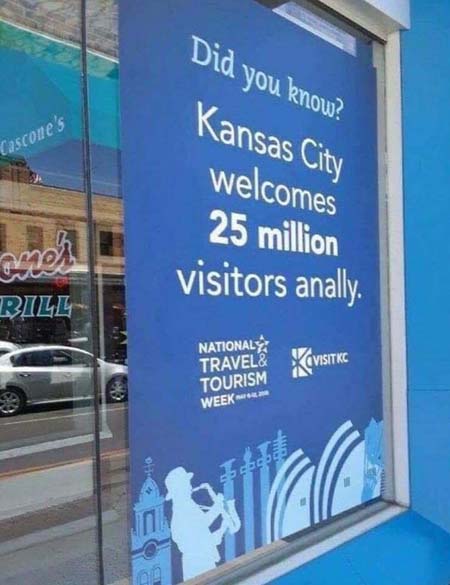 Be sure to enter our latest Free Drawing. This week’s prize is an audiobook of Midnight Moonrising by Kristie Haigwood. To enter, click on this Free Drawing link or the tab at the top of this page and enter your name (first and last) in the comments section at the bottom of that page (not this one). Only one entry per person per drawing please, and you must enter with your real name. To prevent spam or multiple entries, the names of cartoon or movie characters are not allowed. The winner will be drawn Sunday evening. 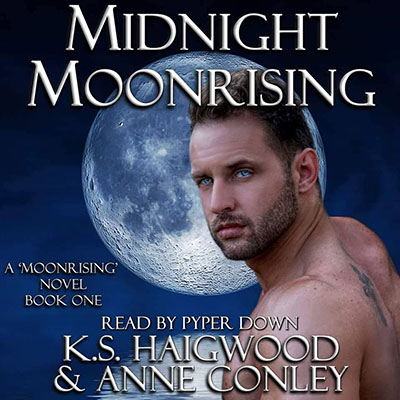 Thought For The Day – True love is spending one day getting married and the rest of your life feeling glad you did.