Note: This is an update from a story in my book Overlooked Florida – 30 Great Florida Destinations You Shouldn’t Miss! 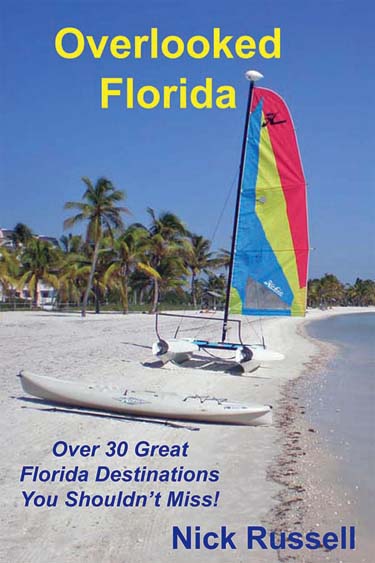 On a trip to the Florida Keys we stopped to pay a visit to an old time movie star.

Sitting in a cradle at a small marina next to the Holiday Inn in Key Largo was the African Queen, the small wooden boat made famous in the 1951 Humphrey Bogart/Katharine Hepburn movie of the same name. The years had not been good to her and she was in pretty bad shape, but this grand old lady had a colorful past indeed! 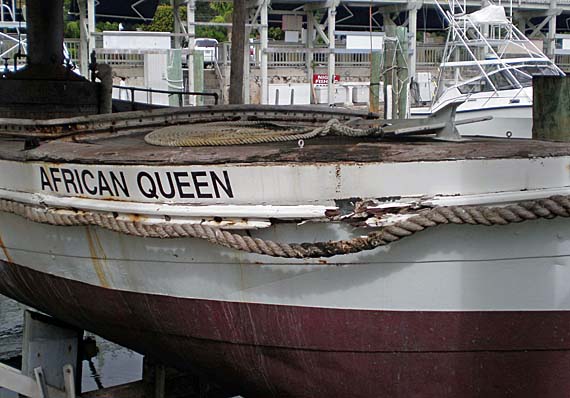 Built in England in 1912 and originally named the S/L Livingstone, the thirty foot long open-hulled steam launch spent its working life hauling cargo, big game hunters, and missionaries on the rivers of Central Africa. When director John Huston was searching for a boat to be used in filming the movie The African Queen, the veteran river boat fit the bill perfectly.


Making the movie presented many challenges. The co-starring role of missionary Rose Sayer was originally offered to Bette Davis in 1938, and David Niven was to be cast as hard drinking boat captain Charlie Allnut. Filming was delayed too long and then World War II interfered and the movie was shelved until 1947, when Davis was again to star, but she had to pull out of the project when she became pregnant. In 1949, Davis tried again to take the role of Rose, but by that time the spot had been given to Katharine Hepburn, who would star opposite Bogart.

Filming in Africa, the cast and crew faced obstacles that ranged from illnesses like dysentery and malaria, to bacteria-filled drinking water, poisonous snakes, and wild animals. Everyone involved was sick for much of the filming, except for Humphrey Bogart and John Huston, which they boasted was because they basically lived on imported Scotch throughout the filming. In an interview after The African Queen hit theaters, Bogart said, “All I ate was baked beans, canned asparagus and Scotch whiskey. Whenever a fly bit Huston or me, it dropped dead.”

Health hazards were not the only problems director Huston faced in making the movie. In an interview with the New York Times, he said the local natives he hired to help the crew often would not show up because many of them thought the filmmakers were cannibals.


Because the boat was too small to carry all of the cameras and equipment necessary, parts of the boat were reproduced on a large raft in order to shoot close-ups of Bogart and Hepburn. Interior scenes were filmed in London, as were most of the scenes containing secondary characters.

For all the hardships in making the movie, it was worth it; in 2007 the American Film Institute ranked The African Queen as the #65 Greatest Movie of All Time.

Just like the glory days of Hollywood, the African Queen boat had seen better days. When we saw her she was in a dilapidated condition, looking like she is just waiting for the next heavy rainstorm or strong wind to fall completely apart. The sign at the boat said it could be reserved for cruises, but it was obviously an old sign. The only trips it was capable of then were down Memory Lane. 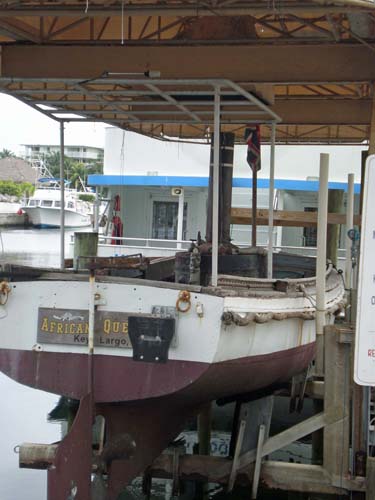 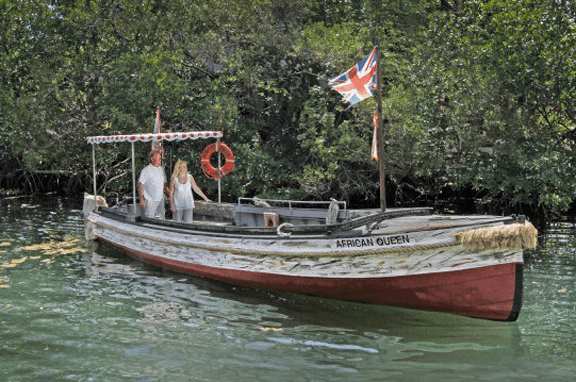 For more information about the African Queen, or to book a cruise, visit http://africanqueenflkeys.com/index.html

Thought For The Day – I love being married. It’s so great to find that one special person you want to annoy for the rest of your life.