One of the best upgrades we did to our Winnebago Ultimate Advantage was to replace the original Norcold with a Samsung residential model. It was a lot cheaper than an RV refrigerator, had a lot more capacity, was much more efficient, and we didn’t have to worry about the darn thing burning our RV to the ground. I can’t tell you how many RV refrigerator fires I have seen and heard about over the years. The latest was just the other day in Apache Junction, Arizona. Longtime reader Bob Derivan sent me this picture of the aftermath of a fire at Superstition Buttes RV Park. Bob said it only took the fire department five minutes to get there, but by then it was too late. In 10 minutes, this was all that was left. 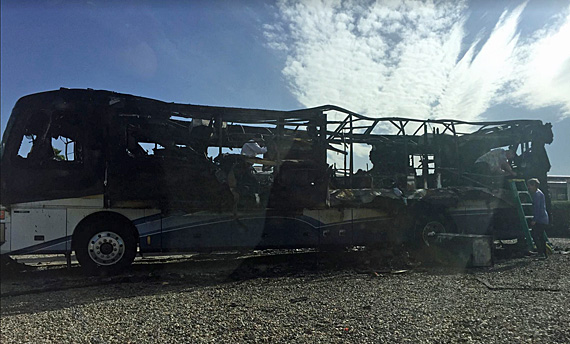 I said in yesterday’s blog that I hoped to get a lot of writing done over the weekend but that computer hardware and software problems got in the way. With all that taken care of, yesterday I was able to get at it, and I knocked out 5,270 words in my new John Lee Quarrels book. I’m closing in on the halfway point now and I really like the way it’s going.

Several readers have asked about our new adjustable bed, wanting to know what we thought of it so far, the brand name, and what kind of mattress we are using. We really like it. It’s called a Maximize bed, and we are using the same Night Therapy Elite 12 MyGel® Ultimate Memory Foam Mattress we have been using all along.

I have also had people asking if we have had a chance to get the pontoon boat or our kayaks in the water lately. I wish I could say yes, but we haven’t. Between unseasonably hot weather, our trip to Arizona to pick up my cousin Beverly and bringing her back here and getting her settled in, along with ongoing problems with my back, it just hasn’t been possible. I really hope to remedy that situation very soon.

And finally, during the course of this week’s contest I have been forced to mark three different people’s entries as spam and block them from ever entering again because they refused to obey the rules. It clearly states one entry per person, and that you have to use your own real name. All three of these people were repeat offenders who entered multiple times, often using different names but the same email address. Sometimes someone will mess up and enter twice, either because they didn’t remember entering the first time, or their entry was waiting approval and when they didn’t see it they entered again. We can work around that, and I always give people a second chance, contacting them and explaining how the contests work. But when people completely disregard the rules and try to gain advantage over the other people who entered, they are gone. I work hard to make this a level playing field for everybody and have no patience for people who think they can get away with nonsense like that.

Congratulations Penny Cooper, winner of our drawing for an autographed copy of Terry’s popular cookbook, Miss Terry’s Kitchen. We had 168 entries this time around. Stay tuned, a new contest starts soon. 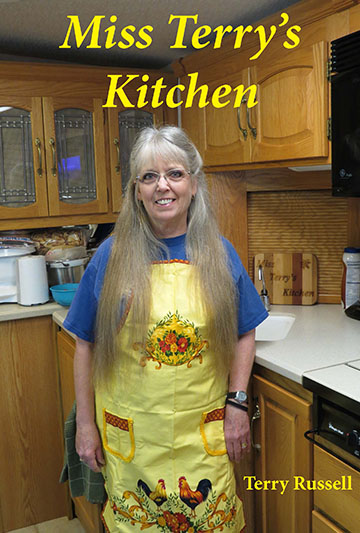