The one thing we miss most about the fulltime RV lifestyle is the many friends we made in our travels around the country. It was always fun to arrive at an RV park or rally and see people we knew and have the opportunity to reconnect with them. A few of our RVing buddies have stopped in to visit us since we hung up the keys, and we keep in touch with a lot of them online, but it’s just not the same. So, when we found out our friends Stu and Donna McNicol were going to be in our part of the world, we made it a priority to get together with them.


That happened yesterday when we drove up to St. Augustine to meet them for lunch at a slightly out-of-the-way, but well worth the effort to find, place called Blondi’s Oasis Diner. Stu and Donna arrived a few minutes before us and grabbed a table and greeted us with lots of hugs when we showed up.

Donna and I were online friends before she ever hit the road, and then we met in person for the first time a long time ago when Terry and I were teaching at Life on Wheels. We made an immediate connection that has lasted through all the years and all the miles. It took us and a lot of the people by surprise when she and Stu got married but I don’t think you could find a happier couple anywhere. Well, maybe me and Miss Terry, but that’s another story. 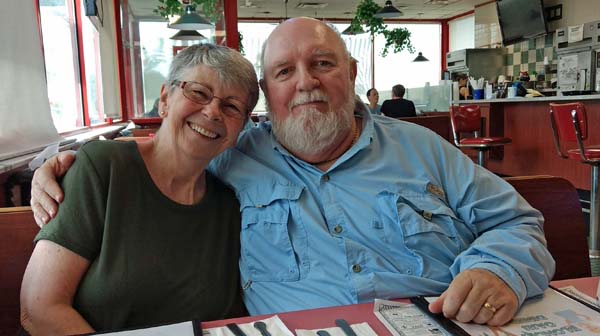 Donna is an amazing woman who traveled all around the country solo, first on a motorcycle and then in an RV. She’s also an excellent writer, cranking out everything from flash fiction to full-blown mysteries. I particularly like her Klondike mystery series, set in a small Pennsylvania town with big secrets.

I think Stu was even more excited to see me than Donna was. He is a retired Fire Captain (I may have the rank wrong, but I know he retired from the fire department), and some of the stories he can tell are both funny and tragic. 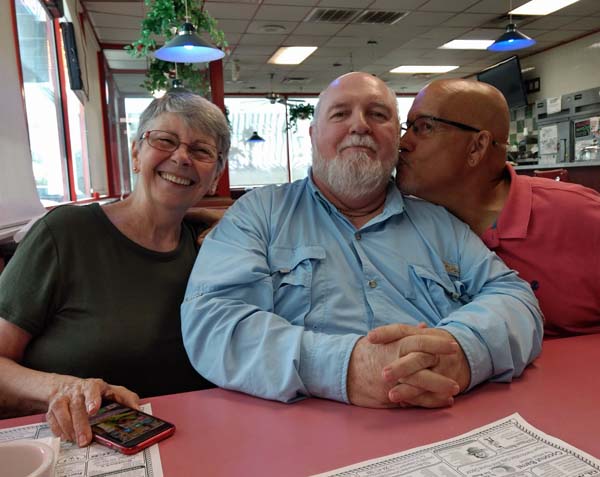 I’m basically a fedora or baseball cap kind of guy, but I tried on Stu’s Harley-Davidson hat just to check it out. What do you think? Is it a look I can pull off? 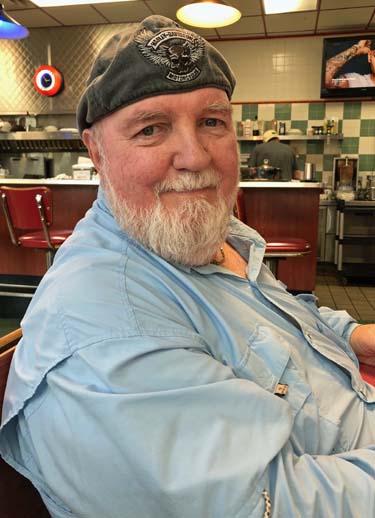 Poor Miss Terry and Beverly couldn’t get in a word edgewise because the three of us were talking so much. 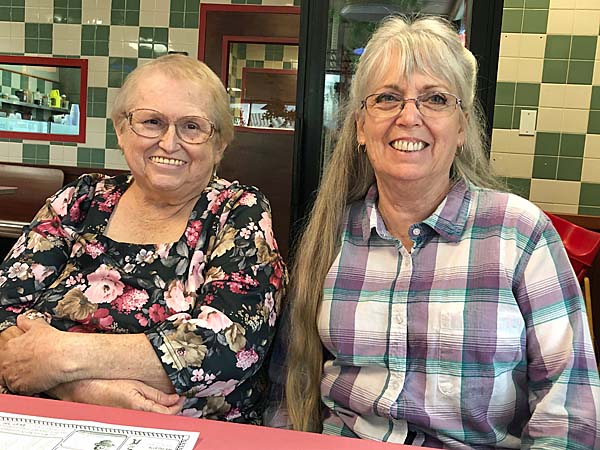 As always when RVers or former RVers get together, we talked for close to three hours, only leaving when it was time for the diner to close. Thanks for making time for us Stu and Donna, it’s always fun to get together with you.

St. Augustine is the oldest continuously European occupied city in the United States, though a couple of other places have also tried to claim that title over the years. At any rate, there’s a lot to see and do and we were looking forward to showing Beverly around a little bit. But by the time we left the restaurant it was starting to sprinkle, and then it started coming down a little harder. Add to that the fact that traffic was bumper-to-bumper all through town, and we decided to take a literal rain check on playing tourist and will come back some other time.


But we did drive past the historic Castillo de San Marcos, the oldest and largest masonry fort in the continental United States. Now a National Monument, construction began on the old fort in 1672, and over the years the flags of Spain, Great Britain, the United States, the Confederate States of America, and the United States again have flown over those ancient walls. And though the British laid siege to the Castillo a couple of times back in the old days, in all those years it never surrendered to an enemy force. 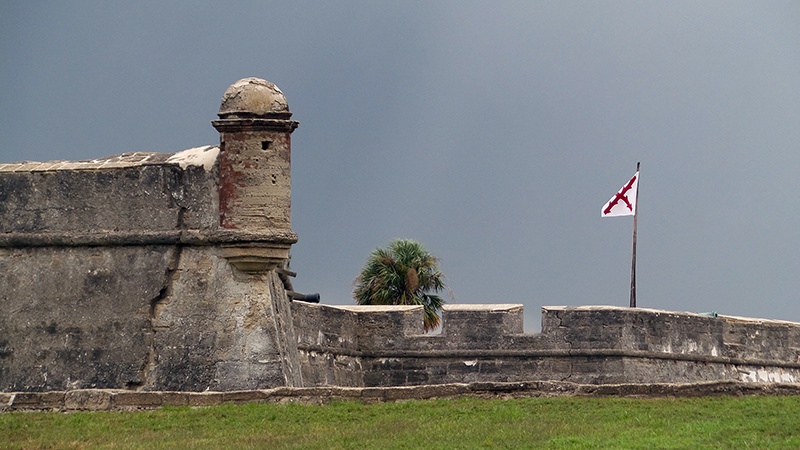 We crossed the Bridge of Lions and then took Highway A1A south all the way to Daytona Beach, where we hooked up with US Highway 1 and followed it home. We were hoping the rain would let up enough to give Bev some nice views of the ocean, but that didn’t happen until we were almost to Daytona Beach, and by then the never-ending string of condos and high-rise resorts blocked our view of the water. But that’s okay, it’s not going anywhere, and she’s going to get to see plenty of it before too long.

Congratulations Tim Miller, winner of our drawing for an RV camping journal donated by Barbara House. We had 71 entries this time around. Stay tuned, a new contest starts soon. 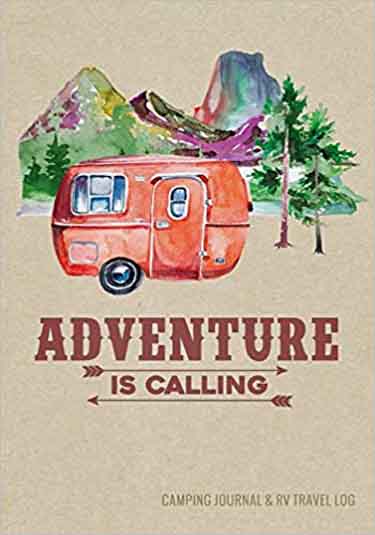 Thought For The Day – A friend is someone who overlooks your broken fences and admires the flowers in your garden.

3 Responses to “Old Friends In An Old Town”