I apologize for not having a blog yesterday. We had heavy rain that rolled through Central Florida for much of Saturday and Sunday, and our Spectrum internet and cable TV went out sometime mid-afternoon Sunday and it didn’t come back on until about 5 A.M. on Monday. Here is a blog about one of the many points of interest along the beautiful and rugged Oregon coast.

The treacherous waters of the Pacific Northwest coast are unforgiving and dangerous, and over the years hundreds of ships and thousands of sailors have lost their lives when fate and the weather turned against them. When ships are in peril at sea, moments can mean the difference between life and death.


For over thirty years the brave surfmen at the Port Orford Lifeboat Station, on Oregon’s southern coast, were ready to answer the call of ships in distress. Risking their lives to put out to sea to rescue those in trouble no matter how bad the storm, these heroes in small boats exemplified courage and devotion to duty in every way.

Established in 1871, the U.S. Life-Saving Service, the forerunner to today’s Coast Guard, built a total of nine stations on the Washington and Oregon Coasts, including one at Port Orford, which opened in 1934. Located on a cliff high above Nellie’s Cove, the Port Orford station included a house for the officer in charge, a two story barracks for the enlisted men that saw double duty as the administration building, a garage, several smaller outbuildings, and a lookout tower. A boathouse was built in the cove and 532 wooden steps led down to it. The station was equipped with two motor lifeboats and two non-powered surf boats that were rowed out to sea. 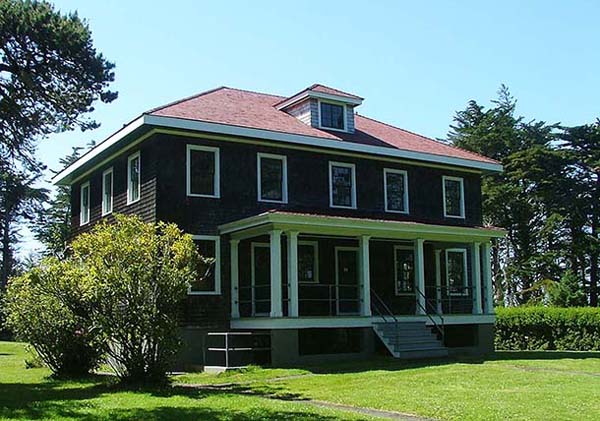 It was not an easy duty assignment for the station’s lone officer and thirteen surfmen. They were responsible for a 40-mile stretch of coastline between Cape Blanco and Cape Sebastian. It was not uncommon to experience winds in excess of 100 m.p.h. when winter storms slammed into the coast. Five gallon cans of fuel had to be hand carried down the often wet and slippery steps to the cove, one in each hand. Before motor lifeboats became available around 1910, a typical crew was eight surfmen and a keeper who rowed through the pounding surf to reach vessels in trouble.

Single surfmen lived in the barracks, while some married men were allowed to build small houses for their families on nearby government land. A rigid schedule of training was adhered to that included practicing with their life-saving equipment, boat drills, which included launching the surfboats, capsizing and recovery, and rowing through rough seas.

There was also constant training in using signal flags and emergency medical treatment. All of this was in addition to regular military drills and maintaining the station’s equipment. Crewmembers were allowed one day a week off.

The surfmens’ mission was to respond to ships in trouble and rescue the crew and passengers first, and then to try to salvage the cargo, if possible. Between 1934 when the station opened, and when it was decommissioned in 1970, the men at the Port Orford station responded to three shipwrecks, rescuing everybody involved without any loss of life.

World War II brought increased activity to the Oregon coast and the station as their mission was expanded to include coastal defense as well as lifesaving. More than a hundred men were assigned to Port Orford. Armed guards patrolled the beach with attack dogs, alert for any enemy activity. The station added a guardhouse, machine gun pits and foxholes were dug, barbed wire was strung around the perimeter, and a 20mm antiaircraft gun was set up.

The war became real for the people of Oregon on the night of 21-22 June, 1942, when the Japanese submarine I-25 shelled Fort Stevens near Astoria. Little physical damage was done, but the psychological impact was widespread as the mainland United States realized it was vulnerable to enemy attack.


On September 9 the submarine launched a small seaplane that dropped incendiary bombs on Mount Emily, near Brookings, with the intention of starting massive forest fires. Fortunately, heavy rainfall in the days before the attack left the entire region very wet and the bombs had little effect. The plane had hardly landed and been recovered by the submarine when pursuing Army Air Corps aircraft attacked. The I-25 escaped by diving to the bottom of the ocean off Port Orford until the American planes ran low on fuel and left.

A few weeks later, on October 4, the submarine attacked the tanker S.S. Camden off Coos Bay. The crew was rescued, but the ship sank a few days later while being towed into port for repairs. The next day, October 5, the I-25 torpedoed the tanker S.S. Larry Doheny, bound for Portland with a cargo of 66,000 barrels of fuel oil. Two of the ship’s three cargo holds exploded into an inferno, killing six of its crew. The Port Orford surfmen rushed to the scene, saving the surviving crewmembers.

The submarine continued its wartime raiding until it was sunk in a battle with three American destroyers near the New Hebrides islands in the South Pacific on September 3, 1943, with all of its crew lost.

Over the years, new technology and the introduction of rescue helicopters and fast lifeboats that could cover long distances in a short time made life safer for mariners, and fewer lifeboat stations were needed. The Port Orford station was decommissioned in 1970.

Today the old lifeboat station has been restored and is a museum. Visitors can tour the old barracks and see how the surfmen lived and worked, and get some idea of how hard and dangerous their duty was, and why their motto was “You have to go out, but you don’t have to come back….” One of the old lifeboats is on display and it is hard to imagine going out into the ocean in such a small vessel in rough water.

There are also displays of equipment, including a line throwing cannon used to shoot a rescue line to a ship in distress, and a breeches buoy that crewmembers could then ride along the line from a sinking ship to a surfboat. 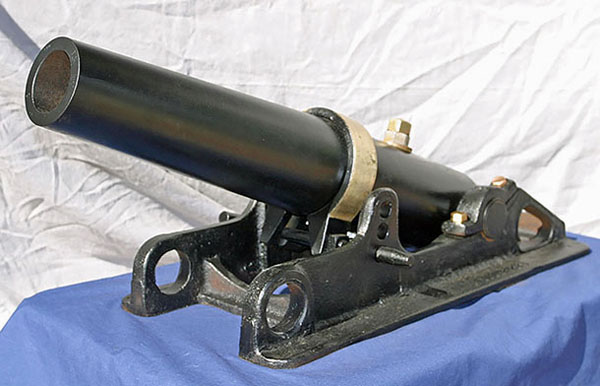 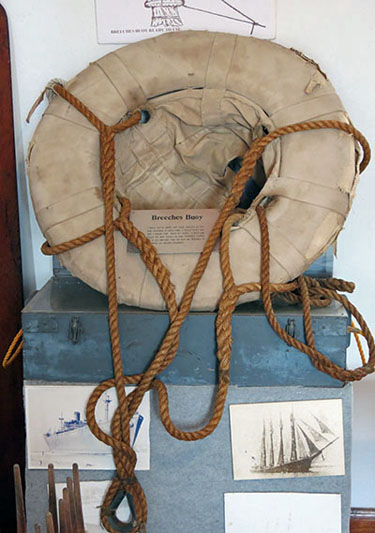 The park has several trails that begin at the museum, one of which leads to a viewpoint above Nellies Cove where you can see the pilings of the boathouse, which burned down in the late 1970s. Portions of the old staircase can still be seen, along with part of a rail-mounted carriage used to launch the boats into the cove.

You will come away from a visit to the Port Orford Lifeboat Station with a lot of respect for the surfmen who were willing to risk their own lives to save those in trouble day or night, no matter how dangerous the job or how bad the weather. They were true heroes. The Port Orford Lifeboat Station is located at 92331 Coast Guard Hill Road in Port Orford. Admission is free and the station is open April through October each year from 10 a.m. to 3:30 p.m. The museum is closed on Tuesdays. For more information call (541) 332-0521 or visit http://www.capeblancoheritagesociety.com/.

Congratulations Dan Whittock, winner of our drawing for an audio book of undone, the first book in my buddy Jason Deas’ new Burt Bigsley mystery series. We had 41 entries this time around. Stay tuned, a new contest starts soon.

Thought For The Day – If I really did live each day like it was my last one, the body count would be tremendous.