Nick's Blog » On the Mend

Thank you everybody who sent emails and messages expressing concern about my health. I feel a lot better than I did Sunday and Sunday night. Not great, but better.


Terry thought of something yesterday morning that may explain what’s going on with me. A week ago last Sunday I started a new medication for diabetes, replacing the glipizide I had been taking up until now with pioglitazone. I had been taking the new meds a week when this hit. Terry looked it up online and found that many of the side effects are exactly what I have been feeling. Abdominal pain, upper stomach pain, nausea, vomiting, gas, and of all things, tooth pain.

Admittedly, my teeth are far from great, mostly due to my deep-seated fear of dentists. But surprisingly, I think I’ve only had two or three toothaches in my entire life. In the last week or so I’ve had toothaches and jaw pain just about every day. And the weird thing is that one day the pain will be in one part of my mouth, and on the next day, or even later the same day, in seems to move to another.

Given all of that, I put a call into the doctor to ask him about it. He never got back to me yesterday, so I’m hoping he will today. Meanwhile, I’m not taking any more of the new meds until I do hear from him.

In other news, I finished making all of the changes to my new book that Terry found and suggested in her first round of editing and proofreading, and then I sent it off to my second proofreader last night. She is pretty quick, and I don’t think it will take more than a day or two for her to get back to me. Then it will go to proofreader number three so she can do her thing. So it won’t be long now folks. I’m looking forward to it!

Somebody asked me what my next project will be. The next book will be Sweet Tea and Jesus, the sixth book my John Lee Quarrels series. I’m looking forward to getting into that one, but first I plan to take a few days off to just relax. Maybe I’ll even get some fishing in. I’m always eager to get started on a new book, and always eager to finish it, but once in a while I need to have some me time. I’m kind of looking forward to just goofing off for a day or two or three, or even more if I if I can get away with it. And the weather this week looks perfect. It would be a shame to waste it being cooped up inside.


My friend fulltime RVer Malia Lane is coming to the end of her fight with terminal cancer with courage and dignity that is awe inspiring. It was very important to Malia to get her new book, Fear Less vs Fearless, finished while she still could. She accomplished that and it is now available on Amazon. It is the story of her journey, and it’s a book that everybody should read. I don’t think anyone who reads it could not be touched by this very special lady. She has lessons for all of us in it. 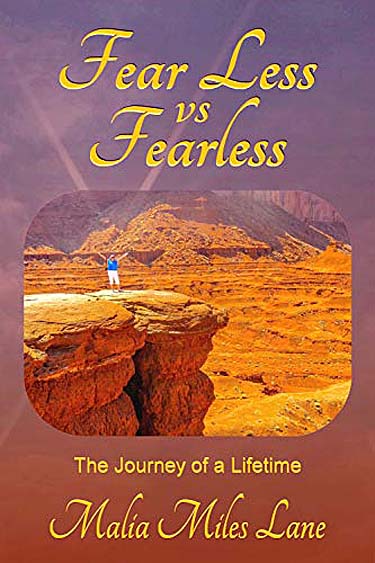 Thought For The Day – Staying positive doesn’t mean you have to be happy all the time. It means that even on the hard days, you know there are better ones coming.

4 Responses to “On the Mend”