Nick's Blog » They Said What?

From time to time some blog readers have expressed disbelief at some of the emails and questions I get, and more than one has actually accused me of making things up. While I do write fiction for a living, I have said many times that nobody would believe the things we see and hear in real life if I put them in one of my books.


A good example is a recent news story about a gentleman from New Mexico who went to Washington, DC, to marry his fiancée, who lives there. When they went to get their marriage license the clerk would not accept his New Mexico driver’s license as proof of his identity because she didn’t know that New Mexico was a state. She informed him he would have to have an international passport to get the marriage license. When he tried to tell her that he was a US citizen from the state of New Mexico the clerk asked her supervisor. And as it turns out, the supervisor didn’t know New Mexico is a state, either! If you don’t believe me, you can read all about it at this link.

So when you think about the fact that two government employees in the nation’s capital don’t know the names of all of our states, are you really surprised at some of the stories I’m about to tell you? I swear on the hood of my brand-new Mustang that they are true!

Many years ago Terry and I were staying in a campground somewhere in Missouri and went to dinner at a nearby restaurant. We struck up a conversation with a young waitress, who was fascinated with our fulltime RV lifestyle. It was a slow afternoon and she wasn’t very busy, so we spent a lot of time talking. Terry asked her about her family and she said she had two sisters, one in college and one who was a schoolteacher. Keep that in mind folks, a schoolteacher.

She told us the sister who was a teacher was going through a crisis because her high school boyfriend had served in the Gulf War and lost his leg. Now he was home and out of rehab and wanted to get married, but the bride-to-be just wasn’t sure what to do. While she loved the man very much, she really wanted to have children, and she wasn’t sure if she was up to the rigors of raising a handicapped child if one should be born without a leg like the father. Remember when I said she was a schoolteacher? I worry about the future of our country.

Another time, we were at a Popeye’s restaurant somewhere on the Pennsylvania Turnpike. We had just sat down with our order when a trucker came in and asked if he could have a two piece meal, a wing and a leg. The young lady behind the counter said sure and asked him what side he wanted. He stared at her in confusion for a moment, then said “I really don’t care. Left?” No folks, he wasn’t joking. And he drives a monstrous truck down the highway at high speeds. I worry about our transportation future.

My cousin Rocky and I were at a gun show in Grand Rapids, Michigan once, and Rocky spied an old beater single-shot shotgun he was interested in. The price tag said $99, and Rocky asked me if I thought it was worth that, or if I thought he could get a better deal. I suggested he offer $75 or $80. So Rocky asked the seller, “Would you take $75 or $80?” The guy smiled at him and looked at me sympathetically, then back at Rocky and said, “I’ll take the $80.” I worry about Rocky being allowed outside of the house with a credit card and no adult supervision.

Years ago we carried two kayaks in a rack on the roof of our Ford Explorer. We were at the Escapees campground in Bushnell, Florida when one of the neighbors asked if we did any paddling in our kayaks. I was really tempted to say, “Nope, I just keep those big heavy things up there to make it easier to find our SUV in crowded parking lots. Here’s your sign.”

About ten years ago we were westbound on Interstate 10 somewhere near El Paso, Texas when the right front tire of our MCI bus conversion literally exploded. The next few seconds were terrifying as I fought to get the bus under control and safely onto the shoulder of the highway. By the time I did, all that was left of the tire was a bunch of pieces of rubber attached to the steel wheel. We called our roadside service company, and in an hour or two a fellow showed up with a truck and a replacement tire. He walked up the side of the bus, saw the wheel and the remnants of the shredded tire, and asked, “Is this the one that needs changed?” I was still too rattled from our near-death experience to reply with a snarky comeback, but I suspect that if I would have, he would not have understood it anyway. 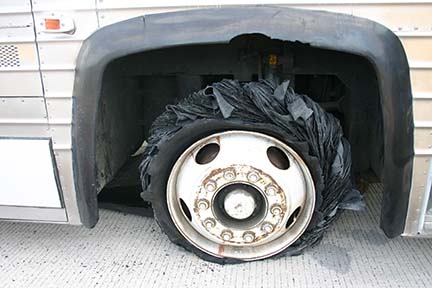 Like I said, folks, if I put any of this stuff in one of my books nobody would believe it.

And in closing, NASA has released the first picture from the Mars landing a few days ago. Here is the very first picture ever taken on the red planet. 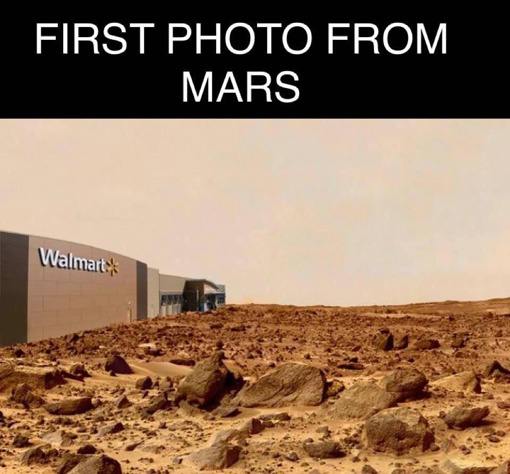 Today is your last chance to enter our Free Drawing for a pair of e-books, the first two novellas in my friend Mona Ingram’s Dear Santa Christmas romance series. Their titles are The Bride and The Party. One lucky winner gets both books. To enter, all you have to do is click on this Free Drawing link or the tab at the top of this page and enter your name (first and last) in the comments section at the bottom of that page (not this one). Only one entry per person per drawing please, and you must enter with your real name. To prevent spam or multiple entries, the names of cartoon or movie characters are not allowed. The winner will be drawn this evening. 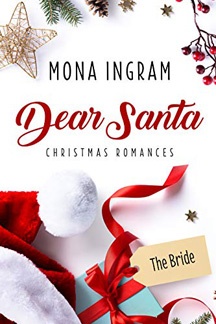 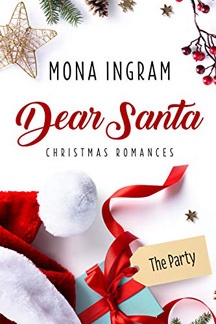 Thought For The Day – Stupidity is far more fascinating than intelligence. After all, intelligence has its limits.

4 Responses to “They Said What?”